Top 10 Christian Sites For An Easter Visit To Israel

A guide for pilgrims seeking to commemorate the crucifixion and resurrection of Jesus.
By Abigail Klein Leichman April 14, 2022
Facebook
Twitter
Linkedin
Email 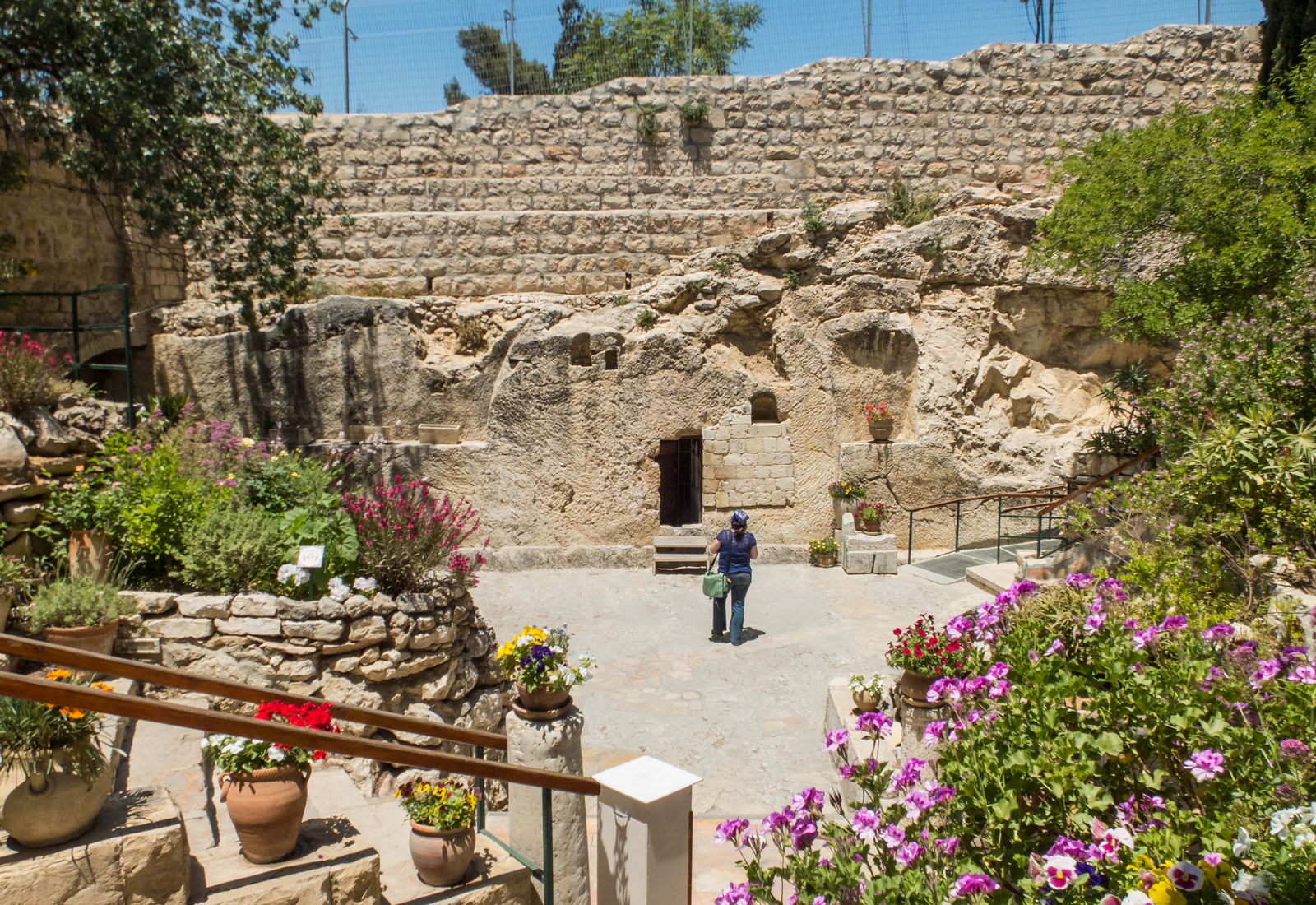 The Garden Tomb, outside the walls of the Old City of Jerusalem, is a popular destination for those interested in learning more about the life, death and resurrection of Jesus. (Valen Zi, Shutterstock)

Easter is a very popular time for Christians from around the world to walk in the footsteps of Jesus in Israel.

The weather is typically ideal for touring around the churches of the Old City of Jerusalem, dunking in the Jordan River and hiking across the historic Galilee.

In a normal year, Israel sees tens of thousands of Easter pilgrims commemorating the crucifixion and resurrection of Jesus. The past two years, of course, this hasn’t been possible due to Covid restrictions. But now tourists are eagerly returning and all the sites are open and ready to receive visitors.

Below, Israeli tour guide Jacob Firsel, author of “Go to Galilee: A Travel Guide for Christian Pilgrims,” provides suggestions of the most significant places for Catholics, Protestants and others to explore during an Easter trip to the Holy Land.

Easter Sunday falls on April 17 this year, while the Orthodox Easter is April 24.

(Be sure to check out the top 10 Christian sites in the Galilee, too.)

1. Church of the Holy Sepulchre

Revered by Roman Catholic, Greek Orthodox, Coptic, Syrian Orthodox and Armenian Catholics as the site of the crucifixion, burial and resurrection, this landmark in the Christian Quarter of the Old City of Jerusalem encompasses the last six of the 14 Stations of the Cross (Via Dolorosa).

Holy Sepulchre is open daily for free from 5 a.m. to dusk, with separate chapels for each of the denominations’ services. Click here for information.

The ancient church, whose basilica floor is being renovated, is the scene of a centuries-old Ceremony of the Holy Fire on Easter, when Orthodox patriarchs enter the church’s tomb and come out with candles believed to be lit miraculously. The flame is passed along to candles held by visitors.

The Garden Tomb, north of the Jerusalem Old City’s Damascus Gate near the American Colony Hotel, is believed by many Protestants to be the garden and sepulcher of Joseph of Arimathea, and therefore a possible site of the resurrection of Jesus. The Garden Tomb is owned and administered by a Christian non-denominational charitable trust based in the United Kingdom.

The Garden Tomb is open for tours and worship services Tuesdays to Saturdays from 9 to noon and 2-5 p.m. for free. To book a visit, click here.

According to the Gospels, Jesus prayed overnight with his disciples in the Garden of Gethsemane until authorities arrested him early on Friday morning before the crucifixion, commemorated on Good Friday.

Gethsemane means “olive press” in Greek, and in Jesus’ time this was indeed an olive grove. Some very old olive trees are still alive in the garden and are harvested every October.

Floor-to ceiling mosaics in the 1920s Church of All Nations illustrate the events in Jesus’ life that took place at this site.

4. Church of St. Peter in Gallicantu on Mount Zion

According to Christian tradition, this site also corresponds to the location of Caiaphas’ palace, where Jesus was tried prior to the crucifixion. The present church, inaugurated in 1931, was built on the site of an earlier church from the Byzantine period.

A new church is built over a complex of ancient cisterns and storage rooms carved into the bedrock, and it is believed that this is where the house of Caiaphas the High Priest was located. Visitors can walk through these underground chambers.

As you walk through Lions Gate — where the first Christian martyr, Stephen, is believed to have been martyred — on your right you’ll soon see the Crusader-built St. Anne’s Church, beautifully preserved from the 12th century. Via Dolorosa begins 200 yards past the church. Follow the clearly marked stations, which culminate at the Church of the Holy Sepulchre.

Historians believe that Jesus taught in the first-century CE synagogue whose remains were discovered only in 2009 during excavations for a proposed Christian retreat in Magdala, the Galilee hometown of Jesus’ mother, Mary Magdalene.

The most significant find so far is the 2,000-year-old Magdala Stone, the earliest known artistic depiction of the Second Temple. This stone recently went on display at the Yigal Allon Center at Kibbutz Ginosar near the Sea of Galilee, which also houses the ancient “Jesus” boat.

The archeological park is open daily from 8 a.m. to 6 p.m., with entrance through the Magdala guest house (pay admission at the reception desk).

Many Christian pilgrims dip into the waters of the Jordan River at Yardenit, a site at the southern tip of the Sea of Galilee, where it is believed John the Baptist baptized Jesus.

Visitors to Yardenit are greeted by a verse from the Gospel of Mark about the event, translated into more than 80 languages and dialects, depicted on hand-painted tiles by Armenian artist Hagop Antreassian.

Entry to the site is free, and there’s a visitor center and quiet areas for group prayer and contemplation. Visitors may rent or purchase white baptism robes; a changing room is available. To accommodate groups, the site offers 12 separate baptismal pools.

For information on seasonal hours of operation, click here.

At Kfar Kedem in Hoshaya, you can experience a recreation of Jewish life in a Galilee village at the time of Jesus.

Kfar Kedem overlooks Nazareth and is next to the archeological park at Sepphoris (Tzipori), which is well worth visiting for its beautiful ancient floor mosaics and other Roman and Crusader finds.

9. Church of the Primacy of St. Peter

At the end of the Gospel of John, the risen Jesus appears at Tabgha (also spelled “Tabha”) on the northwest shore of the Sea of Galilee and performs the miracle of the multiplication of the loaves and fishes before commissioning Peter to lead the church.

The Church of the Primacy of Peter (open daily 8 a.m.-5 p.m.) is a Franciscan chapel built in 1933 incorporating part of a fourth-century church and a large portion of the stone “table of Christ” where Jesus is believed to have served his disciples a fish breakfast after they landed on shore.

Six heart-shaped blocks known as the Twelve Thrones commemorate the Twelve Apostles, and an adjacent garden for group worship overlooks a modern statue of Jesus symbolically commissioning Peter with his shepherd’s crook.

10. Church of the Multiplication of the Loaves and Fishes

After visiting the Church of the Primacy of St. Peter, walk on the Tabha-Capernaum promenade to the nearby Church of the Multiplication of the Loaves and Fishes.

This church stands on the site of a fourth-century church, displaying Byzantine mosaic decorations of local flora and fauna including peacocks, cranes, cormorants, herons, doves, geese, ducks, a flamingo and a swan, as well as snakes, lotus flowers and oleanders.

The best-known mosaic, on the floor near the altar, refers to the miracle the church commemorates. It shows a basket of loaves flanked by two Galilee mullet.

Beneath the altar is the rock on which it is believed Jesus placed the loaves and fish when he blessed them.

The post Top 10 Christian sites for an Easter visit to Israel appeared first on ISRAEL21c.