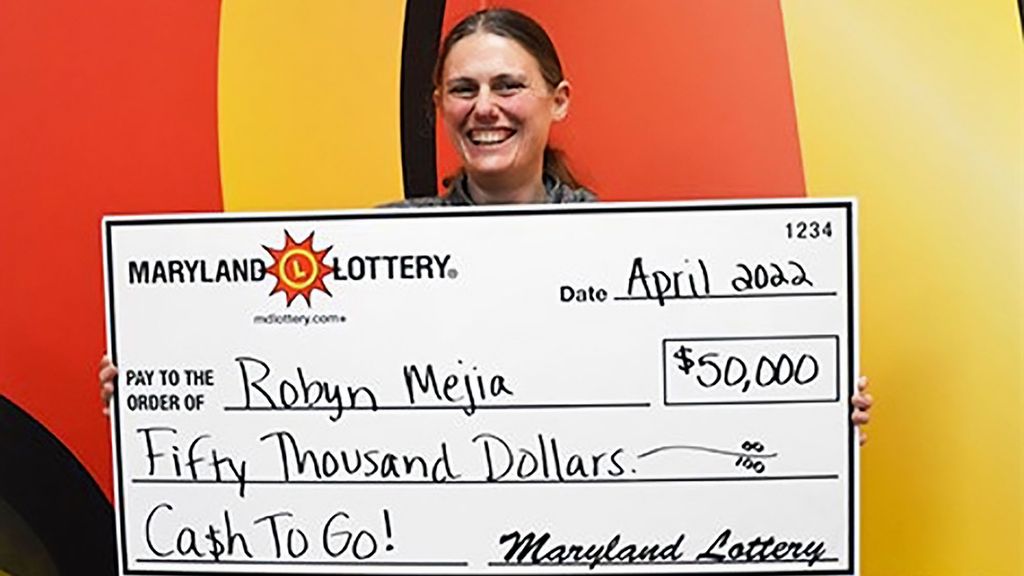 Elementary school teacher Robyn Mejia won $50,000 from a scratch-off lottery ticket that was bought by her husband in Thurmont, Maryland. (Maryland Lottery/Zenger).

A teacher won 50,000 dollars when her thoughtful husband bought her a scratch card to lift her spirits after a tough week.

Robyn’s husband decided to buy the elementary school teacher the ticket after a tough week at work.

After the win, the happy couple said they plan to use the money as a deposit on a new home.

In a statement obtained by Zenger News, Maryland Lottery said on April 11: “Last month, when Robyn Mejia was having a rough week, her husband brought home a Ca$h to Go! scratch-off to try and lift her spirits.

“Not only did the purchase lift her spirits, it made their plan to buy a new house a reality.

“Robyn scratched off the instant ticket on March 12, soon after her husband brought it home from 7-Eleven #28960 in Thurmont.

“They couldn’t believe their eyes when the 5-dollar scratch-off revealed a 50,000-dollar top prize.”

The mother of two said: “We have been saving money for a down payment on a house, thinking we would be ready by the end of the year, but now we don’t have to wait!”

The 39-year-old teacher added: “My husband took the ticket to the store to scan it, just to be sure it was real.

“We also asked my brother-in-law to come over and scan it on the Maryland Lottery app.”

The lottery company said: “The seasoned teacher, with 18 years of experience, kept the instant ticket in a safe until she was able to come to Baltimore to claim the prize during her school system’s spring break.

“Robyn said they play Lottery games ‘maybe once a year’. Their lucky Lottery retailer, 7-Eleven #28960, also has reason to celebrate. The Frederick County business located at 11108 Angelberger Road in Thurmont earns a 500-dollar bonus from the Lottery for selling a top-prize winning scratch-off of 50,000 dollars.”

The lottery said: “The Maryland Lottery and Gaming Control Agency’s core mission is to generate revenue to support good causes in Maryland, including education, public health, public safety and the environment. Since its inception in 1973, the agency has contributed more than 17.9 billion dollars in revenue to the State, and Lottery players have won more than 29.8 billion dollars in prizes.”

«Previous Post
Meet The Newborn Baby Who Was Crowned Britain’s Third Largest Baby On Record»Next Post
Look At What We Yacht: 600-Million-Dollar Superyacht Frozen After Ownership Traced To Oligarchs Sister