House About That? Ukrainian Airpower Picks Off Russian Vehicles Hiding Among Civilians 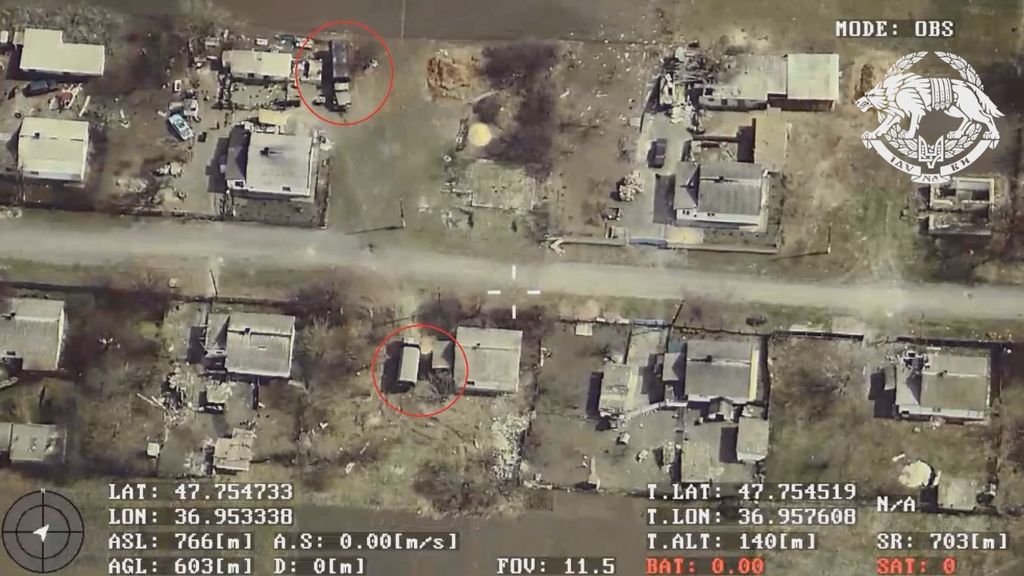 Soldiers of the Special Operations Forces struck a column of Russian occupiers in one of the settlements of Donetsk region in April 2022. (@usofcom/Zenger)

Ukrainian military chiefs have released video footage of how they are picking off Russian army vehicles hiding behind civilians’ homes.

The SSO said: “You are the Russian occupier in the Donetsk region. Your column enters one of the settlements.

“As always, you ‘heroically’ try to hide your equipment between houses. But a second later and your scrap metal (BMP, Kamaz, Urals) goes to hell.

“We are the SSO of Ukraine. ‘Grazing’ Russians in one of the settlements in the Donetsk region. We watch and bring guns and mortars. We work.

“The moral of the story: we are the eyes, we are the mind, we are the hands, which, among other things, have skills in shooting heavy weapons. You remain a stinking pile of beaten Russian scrap. And it will always be so.”

The SSO did not specify where in Donetsk Oblast the strikes took place.

The SSO is one of the five branches of the Armed Forces of Ukraine and is headquartered in the Ukrainian capital, Kyiv. It was founded in January 2016.

Its motto translates from Ukrainian into English as “I come at you!” and was the catchphrase of Svyatoslav the Brave, a Grand Prince of Kiev.

In other developments, the Russian Ministry of Defense (MoD) said its flagship guided-missile cruiser ‘Moskva’ has been “seriously damaged” following an explosion.

The vessel was hit by Ukrainian rockets in the Black Sea, Ukrainian officials said.

The Russian MoD says it has gained full control of the south-eastern port city of Mariupol following the surrender of over 1,000 Ukrainian troops. The Ukrainian MoD has not confirmed this claim.

Meanwhile, the United States has said it will provide an extra 800 million dollars in military assistance to Kyiv.

And Chief Prosecutor Karim Khan of the International Criminal Court, in The Hague, has called Ukraine “a crime scene”.

The Organization for Security and Co-operation in Europe has also said in a report that Russia committed violations of international human rights in Ukraine.

And the United Nations High Commissioner for Human Rights has recorded 4,521 confirmed civilian casualties in Ukraine since the Russian invasion started, on February 24.

Of those, 1,932 were killed and 2,589 injured, but the department believes the true figures are considerably higher, as many reports are still pending corroboration.