The authorities said they arrested "21 people during the process of 15 raids in different parts of the country".
By Darko Manevski April 14, 2022
Facebook
Twitter
Linkedin
Email 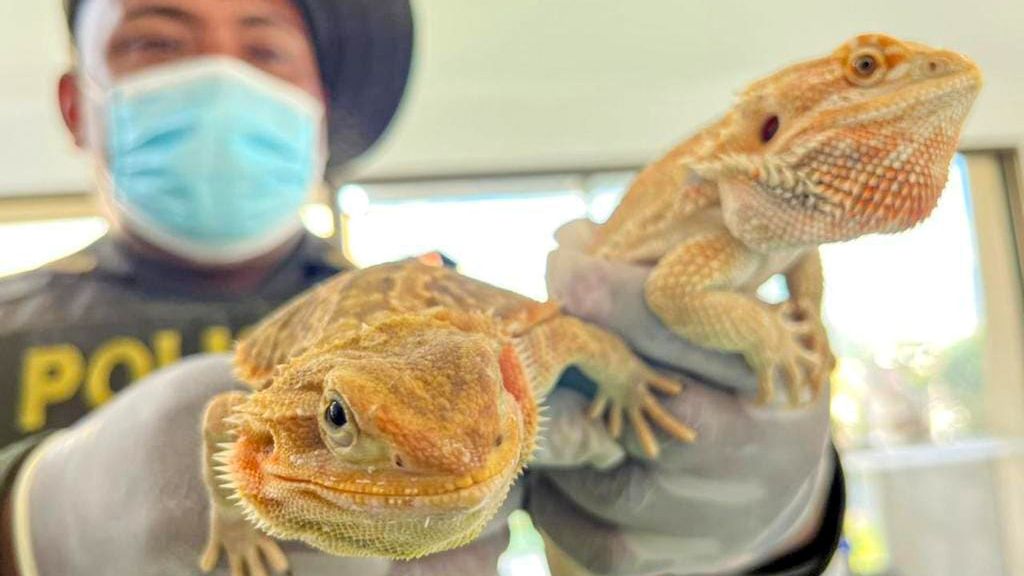 Some of the 1,004 animals of wild and exotic fauna recovered by police in Bogota, Medellin and Magangue, Colombia, in April, 2022. (Policia Nacional de Colombia/Zenger)

The Colombian authorities have arrested 21 people and seized over 1,000 exotic animals with a black market value of over $ 1 million US dollars during raids across the country.

In a statement obtained by Zenger News, the Colombian Government said on 11th April: “The National Police, in coordination with the Attorney General’s Office, together with the Special Group for the Fight against Animal Abuse (GELMA) and the environmental authorities of Bogota, Medellin, Cali, Popayan and Magangue (Bolivar), and with the support of the Fish & Wildlife Service of the United States, recently carried out Operation Leopard.”

The authorities said they arrested “21 people during the process of 15 raids in different parts of the country” as part of the operation.

The statement continued: “In addition, 1,004 species of wild and exotic fauna were seized, intended to be trafficked on the criminal market for over USD 1 million.

“Following the year-long investigation, which involved the participation of police officers as virtual undercover agents, the way the criminal structures operated was identified, mainly using social media as a platform to market the specimens.

“Police actions made it possible to prevent the trafficking of 510 specimens in 18 additional events.”

The Colombian authorities said they identified the ringleaders and their methods for concealing and shipping the animals, adding: “The wild, exotic and aquatic fauna specimens were traded and sent by air or land parcels, with the complicity of some local transporters who allowed the animals to be camouflaged in boxes and packages, subjecting the animals to prolonged journeys of mistreatment.

“The Secretariat of the Environment of Bogota, the Environmental Authority of Valle de Aburra and the Autonomous Corporation of Southern Bolivar accompanied the procedures, and species such as geckos and spiny-tailed lizards, bearded dragons, tarantulas, boas, starfish, corals, chameleons, turtles and fish of different kinds, among other birds and mammals, remain under their protection.

“The detainees must answer to the authorities for their alleged involvement in the crimes of illegal use of renewable natural resources, conspiracy to commit crimes, crimes against the life, physical and emotional integrity of animals, and the illegal handling of exotic species.”

The authorities added: “So far in 2022, the work of the National Police has resulted in the seizure of 1,630 birds, 3,284 reptiles and 1,080 mammals for a total of 5,994 specimens, as well as the capture of 1,469 people for environmental crimes that affected biodiversity.”