Cat-astrophic: Neutering Is Only Partially Successful

To work, at least 70 percent of animals have to be spayed.
By Naama Barak April 14, 2022
Facebook
Twitter
Linkedin
Email 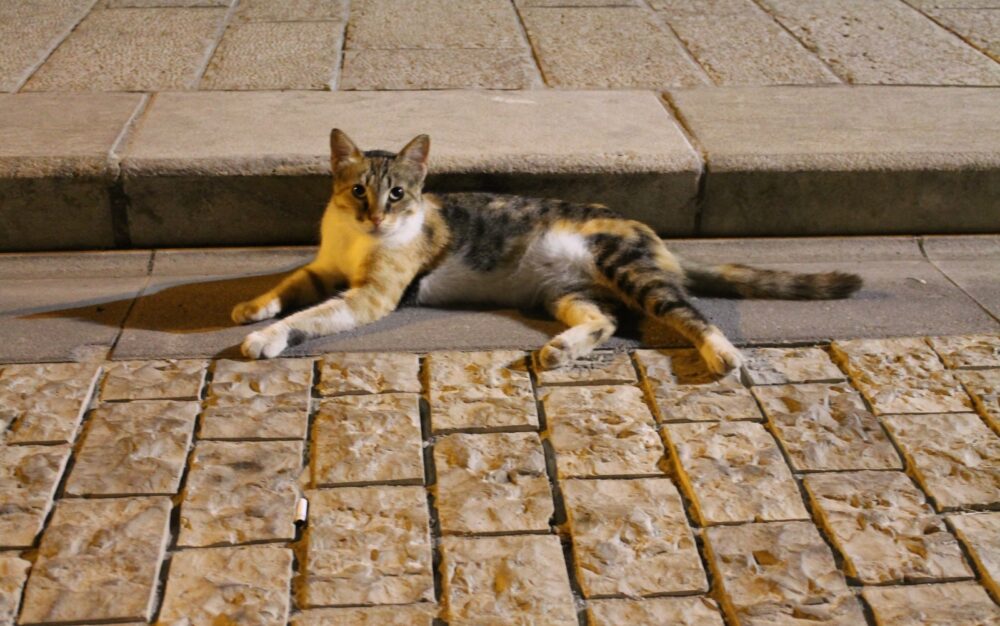 Stray cats, such as this one in Jaffa, Israel, can be difficult to domesticate. (Anna Wachspress)

Cats really do have nine lives.

That means trying to control the population of street cats is harder than expected. Neutering only works if the spayed numbers are high enough to support a significant reduction in felines.

Stray cats can pose health risks for humans and suffer from poor health themselves, which makes it imperative to curb their numbers.

Strays can be difficult to domesticate. In addition, they can carry various diseases, such as toxoplasmosis or cat- scratch fever, both of which affect humans.

The most popular cat population-control method is called TNR (trap-neuter-release), which returns stray cats to their original location. But a 12-year-long study by researchers from the Hebrew University of Jerusalem, recently published in the PNAS journal, showed that it is only partially successful.

Ultimate results are achieved when 70 percent of cats are neutered.

The study focused on the central Israeli city of Rishon LeZion. In the first four-year period of the study, there was no population intervention. In the second period, researchers organized an intensive neutering program in half of the city, while in the third four-year period, TNR was applied, as much as possible, to the entire cat population.

Neutering in only half of the city’s zones did not reduce the cat population, which researchers attribute to the immigration of non-neutered cats into the area.

Trying to neuter the entire cat population led to a 7 percent reduction, but a rebound increase in the number of kittens was noticed — probably due to an increase in their survival, due to the lack of competition with the neutered, less aggressive cats.

The ideal solution, researchers believe, would be to ensure that 70 percent of the street cat population is continuously neutered.

To negate the rebound effect, they suggest controlling food resources during the TNR campaigns, for example, by establishing feeding stations and prohibiting feeding in other public areas. This way, the cats would be properly fed and easier to catch them for neutering.

Experts recommend not bothering a stray the cat when it is eating, or trying to move a cat with unprotected hands. It is also considered unwise to approach kittens, as the mother may be near and might decide to attack. Feral cats are especially dangerous and may carry disease. Stray cats are also more likely to spread ticks and fleas to household cats.

It is important not to feed strays, as they can become territorial to your home and encourage breeding pairs, according to AAAnimal Control.

«Previous Post
Zoo Made It! Worlds Oldest Gorilla Celebrates Her 65th Birthday»Next Post
Together Again: Derrick James Will Be In Errol Spence’s Corner For Title Bout