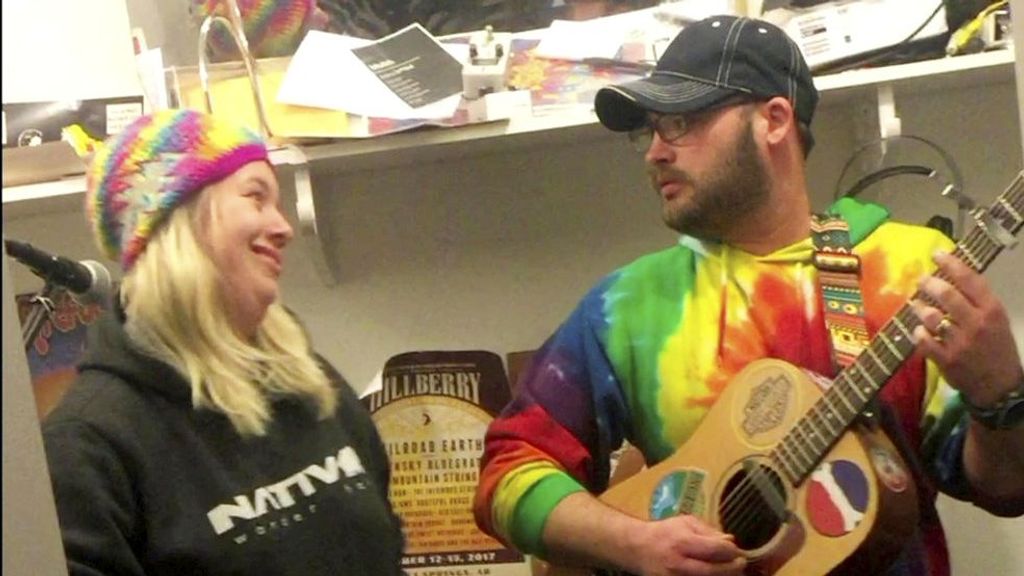 This is the adorable moment a wife joined her husband’s jam session and took over the microphone to reveal she was PREGNANT. (SWNS)

This is the adorable moment a wife joined her husband’s jam session and took over the microphone – to reveal she was PREGNANT.

Elise Myers, 33, announced her secret to husband Justin Myers, 36, at their home as he played guitar.

She took the microphone and began singing about ‘a little something’ she just had to tell him, a few lines later revealing that they’re expecting a baby!

The video ends with Elise pulling a few positive pregnancy tests out of her pocket to show Justin, who is equally excited and bewildered at the news.

Elise, a former nursing assistant turned stay-at-home mum, described how she came up with the creative idea to surprise her husband Justin, who is a registered nurse.

“It was a very spur-of-the-moment thing,” said Elise, from Little Rock, Arkansas, USA.

“Justin was just jamming in his music room and I really wanted his attention. As soon as I found out I was pregnant I wanted to tell him!”

Elise recruited the help of her friend Elizabeth, who held the camera as she put her idea into motion.

She added: “I thought it would be great to sing along with him whilst revealing I was pregnant.

“Elizabeth started recording as I went into where he was playing and tried to come out with it!”

She emphasized that Justin’s ecstatic reaction exceeded all of her expectations.

Elise said: “It was everything I expected and more! I was expecting him to be really happy and excited, which he absolutely was.”

She was encouraged by family and friends to create an account on the social media app TikTok and post the video.

The online response to her surprise has been overwhelmingly positive and has encouraged others to discuss similar fun ideas.

Elise added: “The reaction from people all over the world has been wonderful. I’ve received some amazing comments and feedback.

“I think my video has shown people that it’s fun to be spontaneous and important to be yourself.

“Don’t be nervous or scared to tell the love of your life that you’re having a baby because you could get the best reaction ever, just like mine!”

Little Rock where she lives is the capital of Arkansas located on the south bank of the Arkansas River. The city derived its name from a rock formation along the river, named the “Little Rock” by the French explorer Jean-Baptiste Bénard de la Harpe in 1722.