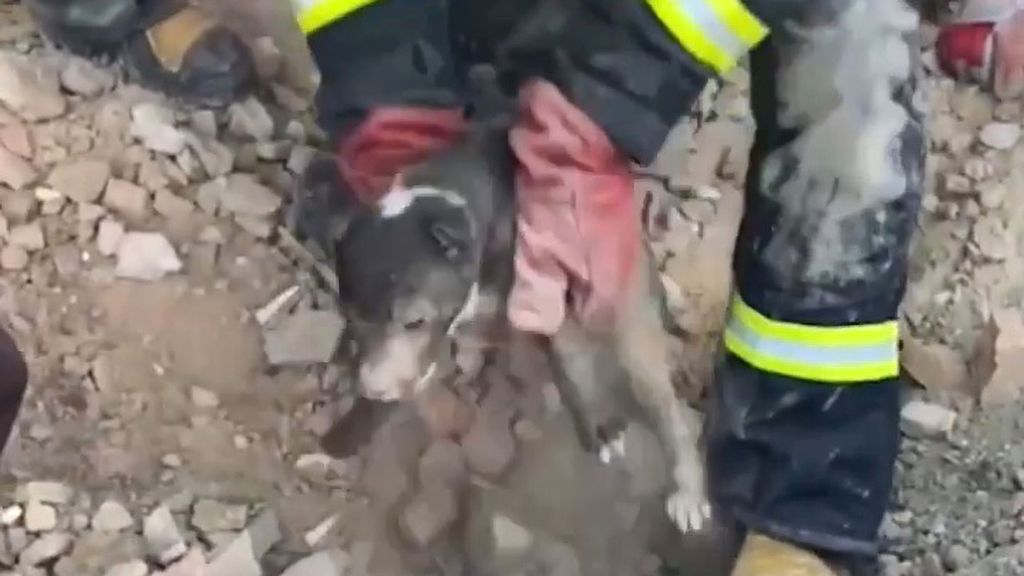 This is the heartwarming moment Ukrainian rescuers dig a dog out of the debris of a bombed settlement and manage to revive the dust-covered pooch before handing it over to its worried elderly owner.

The touching rescue took place in the village of Mykhailivka, in Donetsk Oblast, in eastern Ukraine, after the area was shelled by invading Russian forces.

The footage shows rescuers digging the dog out of the rubble before reviving the near-dead pooch and handing it over to its concerned 77-year-old owner.

In a statement obtained by Zenger News, the Donetsk Regional Police said on April 13: “Every life is important – this is the slogan of the police and rescuers of Donetsk Oblast.

“The recent shelling of Mykhailivka Village nearly killed a 77-year-old man. He miraculously survived and his puppy was buried under debris and earth.

“The elderly man was desperate to see his four-legged friend. However, law enforcement officers did not give up hope of finding him, as there was a squeal – the dog was still alive.

“Together, police and rescuers found and pulled the dog out of the ground.”

The police added: “The owner and his dog were given medical care. All is well with them.”

The Donetsk Regional Police said: “And Russia’s war crimes have been documented. The occupier will be held accountable for every missile and projectile fired at civilians.”

The Main Directorate of the State Emergency Service (SES) of Ukraine in Donetsk Oblast also provided footage of the heartwarming rescue.

The SES of Ukraine said on 13th April: “Donetsk region. Following the recent shelling of one of the settlements in the region.

“The elderly man, who almost died from the Russian orcs’ bombs, is seen holding his rescued puppy. There is so much life in this video. So much kindness and courage of those who continue to perform their duties under daily shelling.”

Today marks the 49th day of the invasion. From February 24 to April 13, the total combat losses of Russian troops stand at 19,800 personnel, according to the General Staff of the Armed Forces of Ukraine.