Chechen troops are fighting alongside Russian forces in one of the war's bloodiest inch-by-inch battles.
By Joseph Golder April 13, 2022
Facebook
Twitter
Linkedin
Email 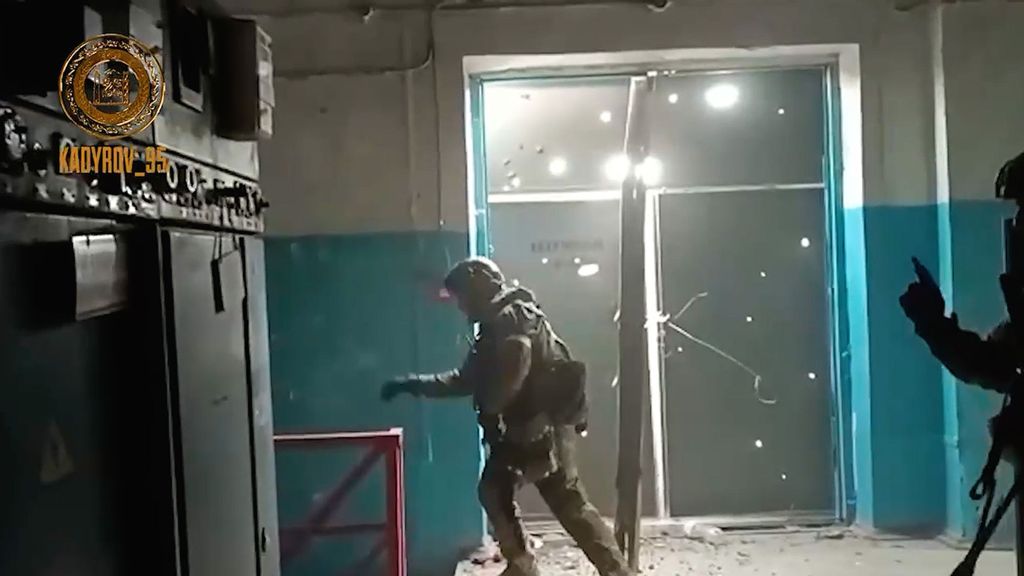 Chechen fighters shot and threw booms in a residential home in Mariupol in Ukraine.  (@ramzan_kadyrov_95_tg/Zenger).

Chechen leader Ramzan Kadyrov has claimed that more than 1,000 Ukrainian soldiers have surrendered in the besieged south-eastern Ukrainian city of Mariupol.

Chechen troops are fighting alongside Russian forces in one of the war’s bloodiest inch-by-inch battles.

Footage from the frontline purports to show both sides exchanging house-to-house machine-gun fire.

Chechen soldiers can also be seen tossing grenades at their unseen enemies, shouting “Allahu Akbar” (“Allah is the greatest” in Arabic).

As the grenades explode, Chechen soldiers smile for the camera.

Zenger News obtained the images from the Head of the Chechen Republic, Ramzan Kadyrov, who is a close ally of Russian President Vladimir Putin.

They apparently show Chechen fighters battling for control of the bombed-out city, trading shots with Ukrainian fighters, and trying to blast them out of cover with grenades.

Kadyrov has urged Ukraine’s Azov fighters – who remain entrenched in the Azovstal steel plant – to surrender.

He said: “Resistance is useless.”

In a statement obtained by Zenger News late on Tuesday, April 12, Kadyrov claimed (in Russian): “More than a thousand marines of the Armed Forces of Ukraine surrendered today in Mariupol. Among them, hundreds of wounded. This is the right choice.”

He went on: “Ukrainian groups are broken daily one after another. The soldiers of the Armed Forces of Ukraine do not know what to do with the wounded, they do not understand where to go and what to do next, because resistance is useless, and there are practically no combat forces left.

“Only separate small groups are operating, which for some reason are afraid to come out with a white flag to the Russian troops.

“Don’t be afraid. Think about your loved ones, the wounded, your own and other people’s lives, about how a stray bullet can bring tragedy into the house.

“There are currently about two hundred wounded in the bowels of Azovstal who cannot receive medical care. It would be better for them and everyone else to end this senseless confrontation and return to their families.

“Thank you for taking this step. Russian troops would still continue the liberation of Mariupol to the bitter end. And your step today is a conscious choice to avoid unnecessary and senseless bloodshed.

“I appeal to those who are still holed up in the basements and tunnels of the plant: you know that we treat prisoners like human beings. Come out! Think of your own families and those of others, as more than a thousand Marines have done today.”

Zenger News has not been able to independently verify the authenticity of the images obtained from Kadyrov or his claims.

Kadyrov had previously declared that he would capture Mariupol before taking control of all of Ukraine’s cities, including the capital, Kyiv.

The United Nations said on Wednesday, 6th April: “In Ukraine, humanitarians said on Wednesday that hundreds of people have managed to reach safety after fleeing Mariupol, where there’s also been condemnation for the killing of Lithuanian filmmaker Mantas Kvedaravicius, as he tried to escape from the besieged and battered city a few days ago.”