The research reveals that cereal crops were the key factor in the rise of taxes and bosses.
By Anamarija Brnjarchevska April 13, 2022
Facebook
Twitter
Linkedin
Email 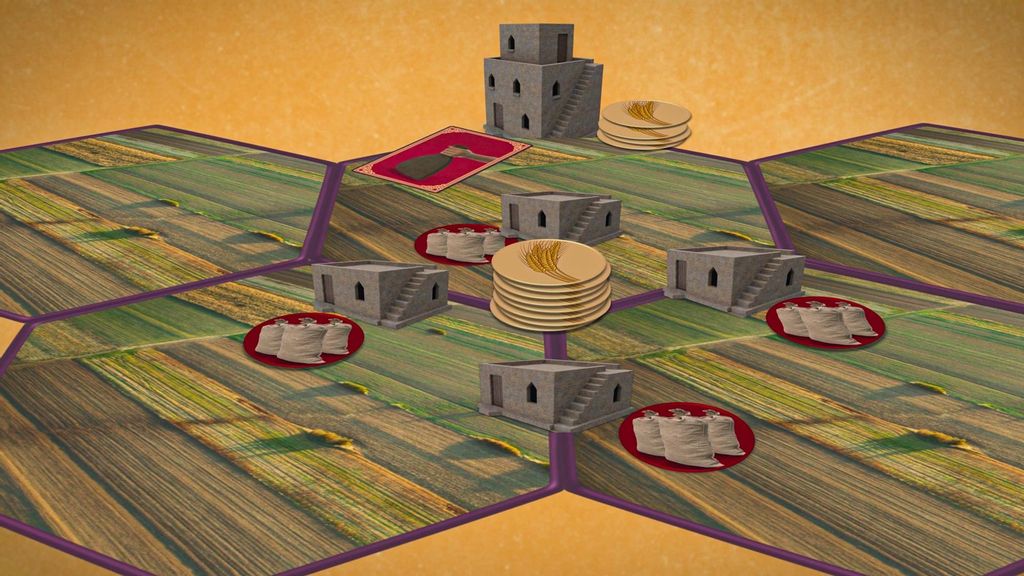 A new study has revealed that man’s cultivation of cereal crops like corn and wheat is what set the world on the path for thousands of years of taxes.

The rise of cereal harvests meant crops could be more easily weighed and valued with an elite creaming off the profit for early forms of government, the study shows.

The discovery – after a decade of research – challenges previous theories that it was the transition from hunter-gathering to farming that was the catalyst for the development of complex societies.

It was believed previously that it was the agricultural surplus made possible in fertile lands that led to the rise of civilization.

But a new study – by the University of Warwick, the Hebrew University of Jerusalem, Reichman University, Universitat Pompeu Fabra and the Barcelona School of Economics – found that high productivity alone is not the key.

The research – led by Professors Joram Mayshar, Omer Moav and Luigi Pascali – reveals that cereal crops were the key factor in the rise of taxes and bosses.

They found that cereals – which could be counted as they were harvested and stored – made them easier to charge as taxes than fruit and veg.

They found no similar effect on land productivity.

Furthermore, the most productive lands, those in which not only cereals but also roots and tubers were available and productive, did not experience the same political developments.

Professor Mayshar said: “A theory linking land productivity and surplus to the emergence of hierarchy has developed over a few centuries and became conventional in thousands of books and articles.

“We show, both theoretically and empirically, that this theory is flawed.”

The professors developed and examined a large number of data sets including the level of hierarchical complexity in society, the geographic distribution of wild relatives of domesticated plants, and land suitability for various crops to explore why in some regions, despite thousands of years of successful farming, well-functioning states did not emerge, while states that could tax and provide protection to lives and property emerged elsewhere.

The study was undertaken to determine why this was, and why complex hierarchies, like complex chiefdoms and states, arose in areas in which cereal crops, which are easy to tax and to expropriate, were de-facto the only available crops.

The researchers also employed the natural experiment of the Columbian Exchange, the interchange of crops between the New World and the Old World in the late 15th century, which radically changed land productivity and the productivity advantage of cereals over roots and tubers in most countries in the world.

The study argues that hierarchical societies emerged following the transition from foraging to cereal farming. The states in which this occurred played a crucial role in economic development by providing protection, law and order, which eventually enabled industrialization and the unprecedented welfare enjoyed today in many countries.

Professor Mayshar added: “We challenge the conventional productivity theory, contending that it was not an increase in food production that led to complex hierarchies and states, but rather the transition to reliance on appropriable cereal grains that facilitate taxation by the emerging elite. When it became possible to appropriate crops, a taxing elite emerged, and this led to the state.

“Only where the climate and geography favored cereals, was hierarchy likely to develop. Our data shows that the greater the productivity advantage of cereals over tubers, the greater the likelihood of hierarchy emerging.

“Suitability of highly productive roots and tubers is in fact a curse of plenty, which prevented the emergence of states and impeded economic development.”

The study, titled ‘The Origin of the State: Land Productivity or Appropriability?’ has been published in the April issue of the Journal of Political Economy, one of the most prestigious journals in economics.

«Previous Post
‘Summer Of Soul’ Oscar Winner Bembry-Kaintuck’s Star Is On The Rise»Next Post
HERO COP: Gran Tracks Down Family Of Cop That Saved Her Life As A Baby 50 Years Earlier