The attack was carried out by the 92nd Mechanized Brigade in Kharkiv Oblast, in eastern Ukraine.
By Lee Bullen April 13, 2022
Facebook
Twitter
Linkedin
Email 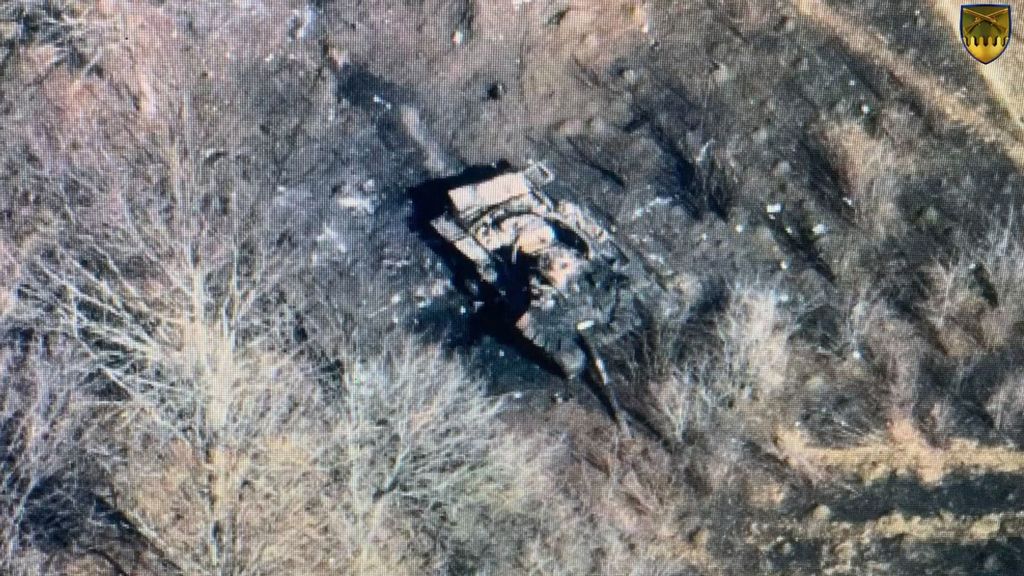 This is the moment Ukrainian forces bomb a Russian tank in a field during the night and blow it up with the second strike.

The attack was carried out by the 92nd Mechanized Brigade, a formation of the Ukrainian Ground Forces, in Kharkiv Oblast, in eastern Ukraine.

Zenger News obtained the video from the brigade on April 12. The brigade said: “Video of how fruitful cooperation always gives positive results.”

In the footage, Ukrainian soldiers are seen targeting the tank on the ground before dropping a bomb, which apparently hits the back of the armored vehicle.

A second strike follows and scores a direct hit, apparently just as the tank operator tries to move away. A huge fireball then fills the sky.

The Ukrainian military then shows an image of the flattened tank the following morning.

The 92nd Mechanized Brigade has been active since 1999 and is garrisoned in Bashkurivka, in the Ukrainian city of Chuhuiv, in the Kharkiv Oblast region, during peacetime.

From February 24 to April 13, the total combat losses of Russian troops stand at about 19,800 personnel, according to the General Staff of the Armed Forces of Ukraine.

Meanwhile, Moscow is claiming that 1,026 Ukrainian troops have surrendered in the besieged city of Mariupol.

The mayor of Mariupol, Mayor Vadym Boychenko, has said that approximately 21,000 civilians have been killed there and a further 100,000 are still awaiting evacuation.