Moscow is claiming that 1,026 Ukrainian troops have surrendered in the besieged city of Mariupol.
By Lee Bullen April 13, 2022
Facebook
Twitter
Linkedin
Email 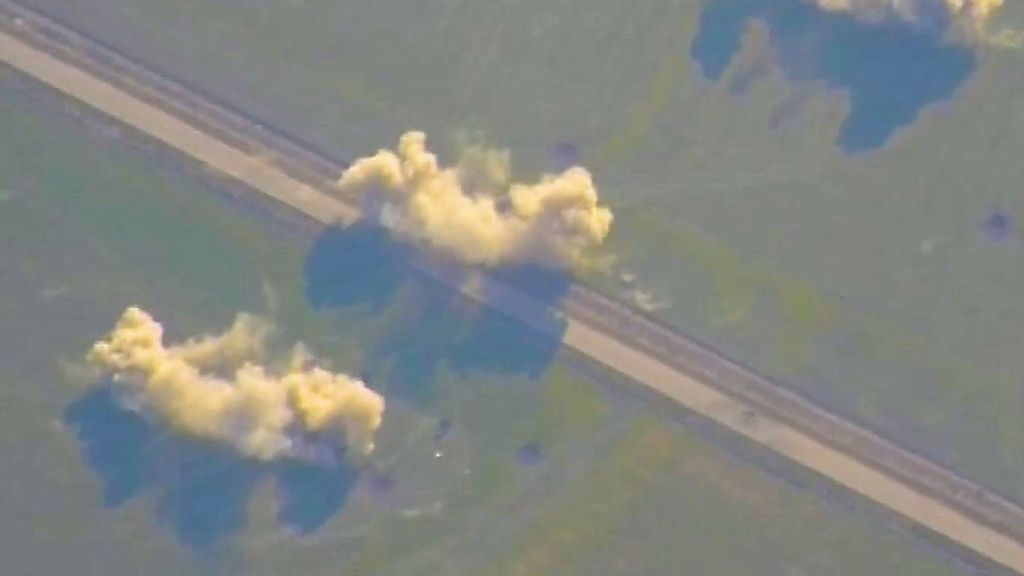 Destruction of a battery of D-20 howitzers of the Armed Forces of Ukraine with the help of unmanned aerial vehicles by the Russian Army, in Ukraine, in April, 2022. (Ministry of Defence of Russia/Zenger)

Russian defense chiefs have claimed their troops have destroyed an entire battery of Ukrainian D-20 howitzers positioned in a field.

Zenger News obtained the images and a statement from the Russian Ministry of Defense (MoD) on April 12 and they said that the Ukrainian position was destroyed with the help of drones (UAVs).

The Russian military claimed that it had destroyed the Ukrainian unit’s D-20 howitzers and ammunition.

The footage, though, is so tightly edited that it is almost impossible to see what the Russian drones are bombing.

In the drone footage, a flurry of airstrikes is seen raining onto the open field, apparently aimed at the row of military howitzers.

Meanwhile, in east-central Dnipropetrovsk Oblast, the Ukrainian military said it had pushed back the enemy’s lines and regained control over 15 settlements.

Defending forces also launched a counter-offensive in occupied Novoaidar and Luhansk, destroying more than 50 tons of ammunition and 40 units of Russian equipment, according to the Ukrainian military.

Russian troops invaded Ukraine on February 24 in what the Kremlin is calling a “special military operation”. Today marks the 49th day of the war.

From February 24 to April 13, the total combat losses of Russian troops stand at about 19,800 personnel, according to the General Staff of the Armed Forces of Ukraine.

Meanwhile, Moscow is claiming that 1,026 Ukrainian troops have surrendered in the besieged city of Mariupol.