The Bayraktar TB2 is manufactured by Baykar, which is headquartered in Istanbul, Turkey.
By Lee Bullen April 13, 2022
Facebook
Twitter
Linkedin
Email 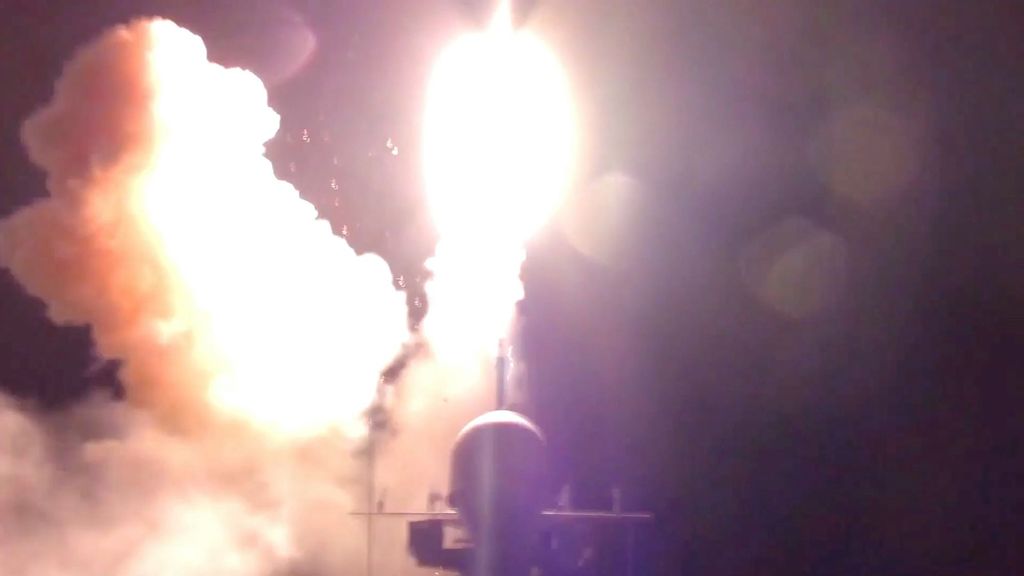 This is the moment Russian troops apparently carry out a Kalibr missile strike on Ukrainian military facilities from a vessel in the Black Sea.

Zenger News obtained the footage of the missile strike from the Russian Ministry of Defense (MoD) earlier today (Wednesday, April 13).

The Russian MoD said successful strikes against Ukrainian military infrastructure were carried out with high-precision Kalibr cruise missiles launched from the vessel.

In the footage, a volley of missiles is seen being fired into the night sky as they whizz towards what the Russians said was Ukrainian military infrastructure.

The MoD said: “The crew of a small missile ship of the Black Sea Fleet in the Black Sea carried out a salvo launch of six Kalibr cruise missiles at designated ground targets on the territory of Ukraine.”

Meanwhile, the Black Sea Fleet claimed to have shot down a Ukrainian Bayraktar TB2 unmanned combat aerial vehicle (UCAV) on the Crimean peninsula.

The Russian military also said it destroyed two large Ukrainian ammo depots in Sadovoye and Chudniv during the night with high-precision sea- and air-based missiles.

The Bayraktar TB2 is manufactured by Baykar, which is headquartered in Istanbul, Turkey. It is currently operated by Ukraine and 10 other countries, but not Russia.

According to the Oryx Blog on Friday, 8th April, “the delivery of at least 16 additional Bayraktar TB2 UCAVs, on top of the 18 already in Ukraine’s pre-war inventory, constitutes perhaps one of the most significant instances of support to Ukraine’s plight yet”.

Russian troops invaded Ukraine on February 24 in what the Kremlin is calling a “special military operation”. Today marks the 49th day of the invasion.

Moscow is claiming that 1,026 Ukrainian troops have surrendered in the besieged city of Mariupol.