US President has called his Russian counterpart, Vladimir Putin, a "dictator" and has accused him of "genocide" in Ukraine.
By Lee Bullen April 13, 2022
Facebook
Twitter
Linkedin
Email 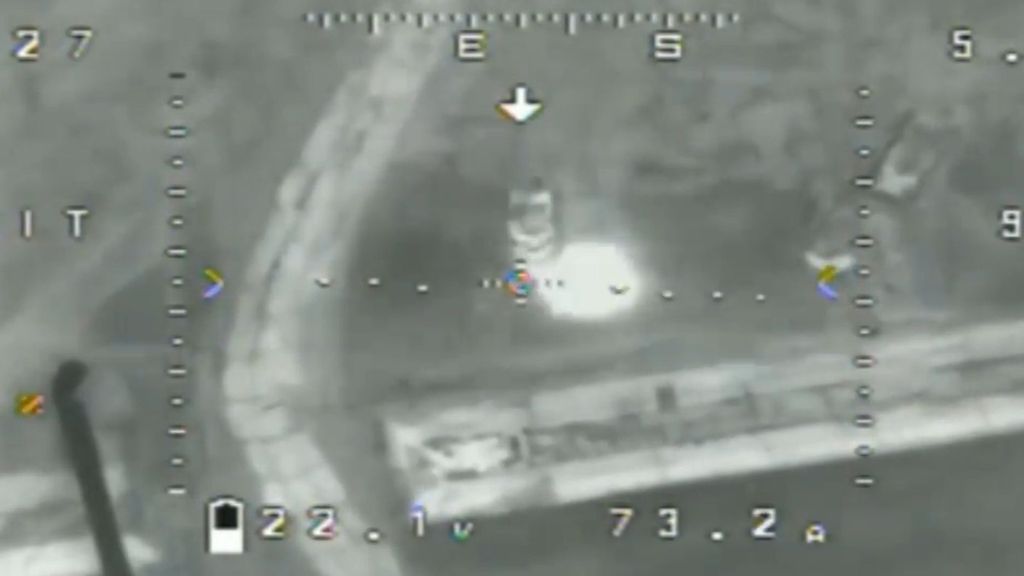 Ukrainian forces have released footage of a bomber drone destroying a Russian tank in a graphic example of the firepower of unmanned air attacks.

Zenger News obtained the footage from the 59th Motorized Brigade – part of the Ukrainian Ground Forces – on April 12, with the message: “The day was not in vain…”

In the video, the drone drops three bombs on a Russian armored vehicle. The Ukrainian forces did not specify which UAV was used to destroy the enemy tank.

One seems to miss the armored vehicle, but the other two score direct hits.

The Ukrainian military also said they pushed back the enemy’s lines during clashes in east-central Dnipropetrovsk Oblast and regained control of 15 settlements.

Defending forces also launched a counter-offensive in occupied Novoaidar and Luhansk, destroying more than 50 tonnes of ammunition and 40 units of Russian equipment.

Russian troops invaded Ukraine on February 24 in what the Kremlin is calling a “special military operation”. Today marks the 49th day of the invasion.

From February 24 to 13th April, the total combat losses of Russian troops stand at about 19,800 personnel, according to the General Staff of the Armed Forces of Ukraine.

Ukrainian President Volodymyr Zelenskyy has praised his American counterpart’s comments as the “true words of a true leader”.

Putin himself has said that peace talks with the enemy have reached a “dead end” and has accused Kyiv of issuing “fake” claims of war crimes.

The mayor of Mariupol has said that around 21,000 civilians have been killed and 100,000 are still awaiting evacuation from the besieged port city, in south-eastern Ukraine.