Yukki was separated from his owners during a Russian attack near their home in Bucha.
By Darko Manevski April 13, 2022
Facebook
Twitter
Linkedin
Email 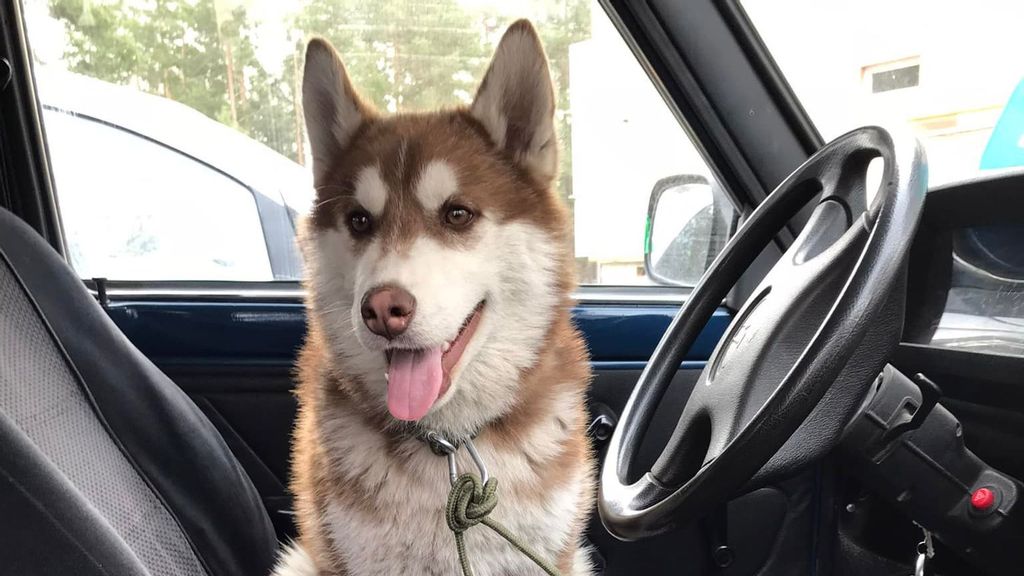 The lost Siberian Husky dog, found by sZenger News in Bucha, pictured together during the trip to reunite the dog with his family, in Ukraine, on 12th April.  (Andriy Smirnov/Zenger)

This is the heartwarming moment a kindhearted Ukrainian soldier reunites a lost Siberian husky with his grateful owners after launching an online appeal.

Yukki was separated from his owners during a Russian attack near their home in Bucha.

Marina, a mother of three, fled the area with her children, but Yukki was scared by the noise and ran away.

Ukrainian serviceman Andriy Smirnov found the spooked pooch roaming the shelled streets and took to social media to track down his owners.

It did not take long for the appeal to reach Marina, who said: “This is our Yukki!”

She added: “When the shelling began, our beloved pet dog Yukki got spooked and ran away. We looked for him, but to no avail.”

The family had to flee the city but missed their dog every day until seeing Smirnov’s social media post.

She said Yukki had returned home after initially running away, but was left on the streets when a Russian rocket hit the house, according to her neighbor.

The neighbor cared for the dog, but the bombing resumed in Bucha, and Yukki ran away again.

Marina said: “Then a miracle happened, he was found by a soldier called Andriy Smirnov.”

In an exclusive interview, Smirnov told Zenger News that the city of Bucha is “now completely under the control of the Armed forces of Ukraine”.

However, he pointed out: “There is now a humanitarian catastrophe in Bucha. People don’t have electricity, a central water supply, heating, or food.

“They were under occupation. The Russian army killed lots of civilians.”

The Ukrainian soldier said that Russian forces had been in Bucha until the start of April but have now been beaten back.

“When we will win, we will build the city anew and better than it was. Our nation is so strong.”

Smirnov explained: “Before the war, I used to go sledding with huskies and I know many in this sport. I was helped by many people to find the dog’s real owners.

“There are lots of lost pets. Many pets were afraid of the shelling, explosions and fires and simply ran away.”

Last week, Nessie the dog went viral after being reunited with her owner in Bucha.

The dog was rescued by a Belarusian unit fighting with Ukraine, which tracked down the owner and organized a meet-up in a supermarket parking lot in Kyiv.

Bucha officials stated that over 160 local residents were killed by Russian soldiers, while the Kremlin denies accusations of mass killings and claimed images of dead bodies on the streets were faked.