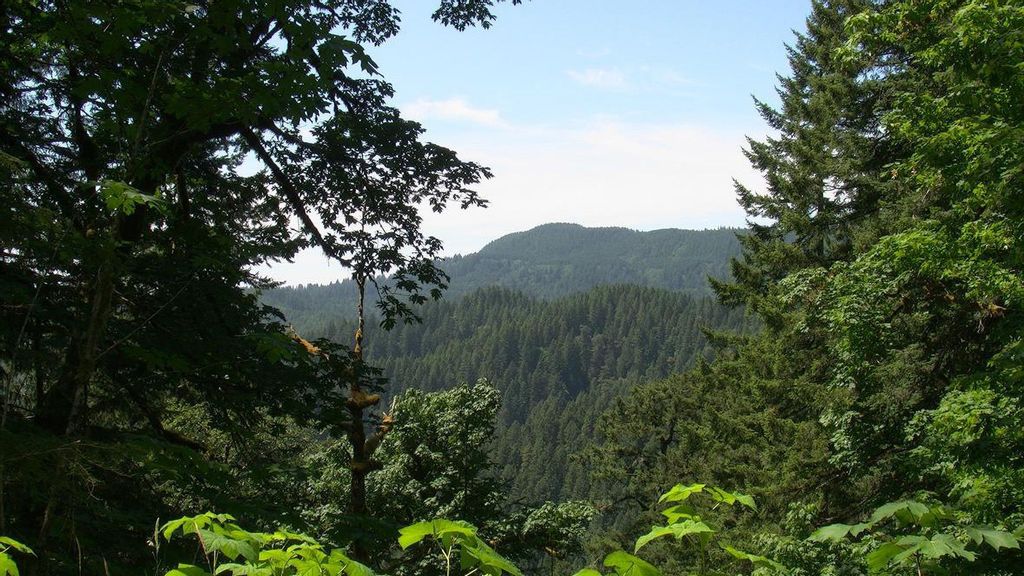 NASA has announced that it has made a near-global estimate of forest biomass and the carbon it stores, thanks to its Global Ecosystem Dynamics Investigation (GEDI).

Until now, scientists had faced a significant gap in data on climate change by not having this information to hand.

With the data produced by GEDI, researchers can look at changes in the globe’s forests, and the impact of their eradication, while seeking to mitigate climate change.

From the International Space Station, which orbits Earth every 90 minutes, GEDI uses laser pulses to measure vegetative cover and elevation.

Laser Imaging Detection and Ranging (lidar), or 3D laser scanning, uses lasers to determine variable distances by targeting the Earth’s surface and measuring the time for the reflected light to return.

It has been used to make high-resolution maps of the Earth’s surface and sea bottoms.

GEDI provides precise measurements of the height of forest canopy, canopy vertical structure, and surface elevation, thus improving our understanding of carbon and water cycle processes, biodiversity, and habitat all over the world.

Among the improvements in this second version of GEDI are improved geo-location and spatial metadata.

The data include scans from ground-based and airborne lidars, which seek to produce a biomass map of the whole world that will measure the amount of vegetation in each place.

The data enables research into how Earth’s forests are changing, what role they play in mitigating climate change, and the regional and global impacts of planting and cutting down trees.

Professor Ralph Dubayah of the University of Maryland, the principal GEDI investigator, said: “One big area of uncertainty is that we don’t know how much carbon is stored in the Earth’s forests.”

While it has long been known that trees and other vegetation store carbon while growing, scientists had yet to know how much carbon they store and how much will be released by deforestation and wildfires.

About half of plant biomass is made up of carbon.

With the GEDI data, scientists can easily identify areas of interest on the Earth’s surface so that they can observe forest structures and their carbon content with much greater accuracy than in the past.

GEDI has captured billions of scans of a huge swathe of the Earth, between 51.6 degrees north and south latitudes, which are approximately the latitudes of London and the Falkland Islands, respectively.

While it is not the first global biomass product, it is the first to use advanced statistical models for its estimates, which has bolstered the accuracy of the measurements.

Dubayah said: “That is, for each 1-kilometer estimate of average biomass, the mission knows how confident that estimate is.”

John Armston of GEDI, who is also a professor at the University of Maryland, said: “We can apply this framework to estimate biomass for entire countries – for example, many countries in the pan-tropical regions don’t have national forest inventories.”

Armiston added: “Now we have the means to provide an estimate of aboveground biomass with known uncertainty that can be used to support climate reporting and a broad range of applications.”

He said: “Resolving the structure of different forest and woodland ecosystems with much more certainty will benefit, not only carbon stock estimation, but also our understanding of their ecological condition and the impact of different land management practices.”

The GEDI team compared its results to forest inventories from the United Nations and the US Forest Service, finding that GEDI’s biomass estimates compared favorably.

The International Space Station recently changed its orbit height from 262 miles above Earth to about 258 miles.

This means GEDI will show fewer data gaps from east to west and a more uniform view of Earth’s tropical and temperate forests.

Professor Laura Duncanson of the University of Maryland said: “With GEDI being able to collect data all the way to 2023, we’re getting closer to collecting data at the same time as the next generation of lidar and radar missions – like NISAR (NASA-ISRO SAR, launching in 2024).”

As one of GEDI’s research scientists, she added: “Eventually, the best products won’t just be based on GEDI, but on a combination of satellite data sources.”

Another way that NASA is monitoring climate change is through a project joining its Jet Propulsion Laboratory and the US Department of Energy’s Lawrence Berkeley Laboratory.

The Central Valley comprises just one percent of US farmland but produces at least 40 percent of the country’s fruit, nuts, and vegetables every year.

The intensive agriculture there means pumping water from dwindling groundwater resources in the Tulare Basin.

GRACE data has allowed researchers to create a model to track the rate and type of loss of underground water stores.

NASA wrote in a statement: “The method sorts out how much underground water loss comes from aquifers confined in clay, which can be drained so dry that they will not recover, and how much comes from soil that’s not confined in an aquifer, which can be replenished by a few years of normal rains.”

Changes in ground levels detected by the satellites frequently reflect water loss. When groundwater is removed, the surface slumps and sinks in the places where water has receded.

This process, dubbed subsidence, has been drastic in the Tulare Basin.