A brave Ukrainian zookeeper managed to ferry the only family of rare tapirs in Ukraine to safety.
By Marija Stojkoska April 12, 2022
Facebook
Twitter
Linkedin
Email 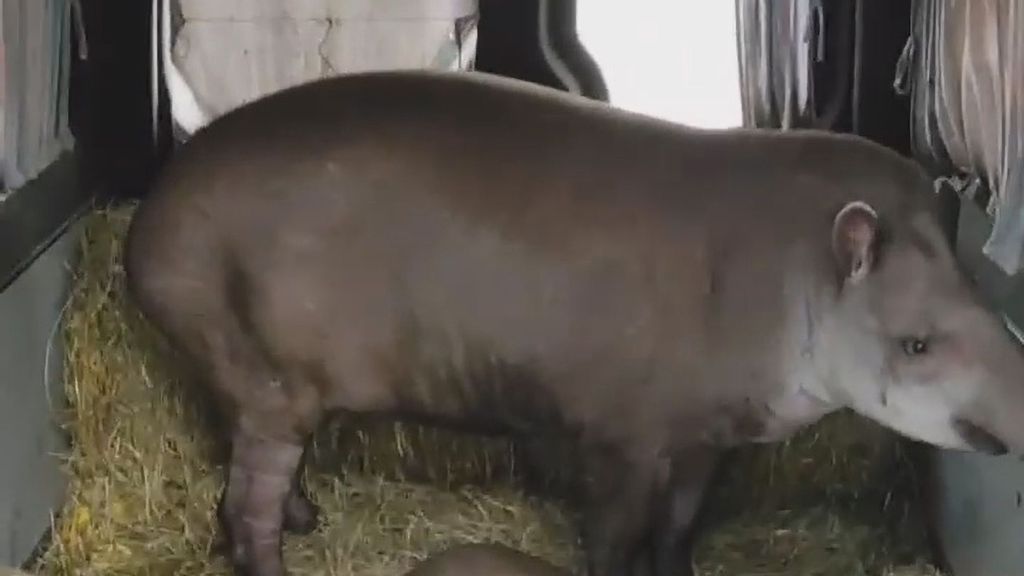 A zoo worker evacuated Ukraine's only family of tapirs, a rare mammal that has lived on Earth for 20 million years, from Kharkiv on 2nd April 2022. (@FeldmanEcopark/Zenger)

These three unusual refugees have managed to flee their destroyed Ukrainian home to safety in the back of a van.

A brave Ukrainian zookeeper managed to ferry the only family of rare tapirs in Ukraine to safety after saving them from a destroyed zoo in Kharkiv.

Although this was another successful mission for the unnamed zookeeper, who previously rescued the zoo’s kangaroos, 100 other animals have died in the battle for the Ukrainian city, which lies just 26 miles from the Russian border.

The fighting there has been among the fiercest of the conflict, with Oleksiy Arestovych, an advisor to the Ukrainian president, describing it as the “Stalingrad of the 21st century”.

The zoo says that three of its staff trying to feed and care for the animals had been killed, and around a hundred animals had also died, with many of the others, including the lions, facing euthanasia because they could no longer find the food to feed them.

The Feldman Ecopark zoo shared the video of the unidentified man driving the three tapirs away from the Ukrainian city during a rescue mission earlier this month.

In the video, he can be seen filming himself, while the three tapirs can be seen behind him in the vehicle looking somewhat nervous, but otherwise unharmed.

Tapir species are considered either vulnerable or endangered due to hunting and habitat loss.

The zoo said in a statement: “Dalma, Pinto and Dolly were taken out of the danger zone and sent to the Poltava region, where a temporary home was prepared for them.

“Many thanks to our brave rescue volunteers, partners from Ecopark Kovalivka and our many friends, thanks to whose donations we can evacuate animals.

“Every life is precious to us, and we will continue to do everything possible to save our pets!”

Allegedly, the zookeeper who evacuated the tapirs also previously evacuated other animals, including kangaroos.

The zoo is now considered to be a dangerous place. Besides the bombings, there is also danger from starvation, particularly for the big meat-eaters, like the lions, which, sadly, have still not been evacuated because their larger size makes them harder to move.

The zoo has warned that if it does not manage to get them out soon, the animals may need to be put to sleep.

According to reports, three staff members of the zoo were killed while dozens were wounded as they tried to feed the animals during shelling.

Additionally, about 100 animals from the zoo have also been killed.