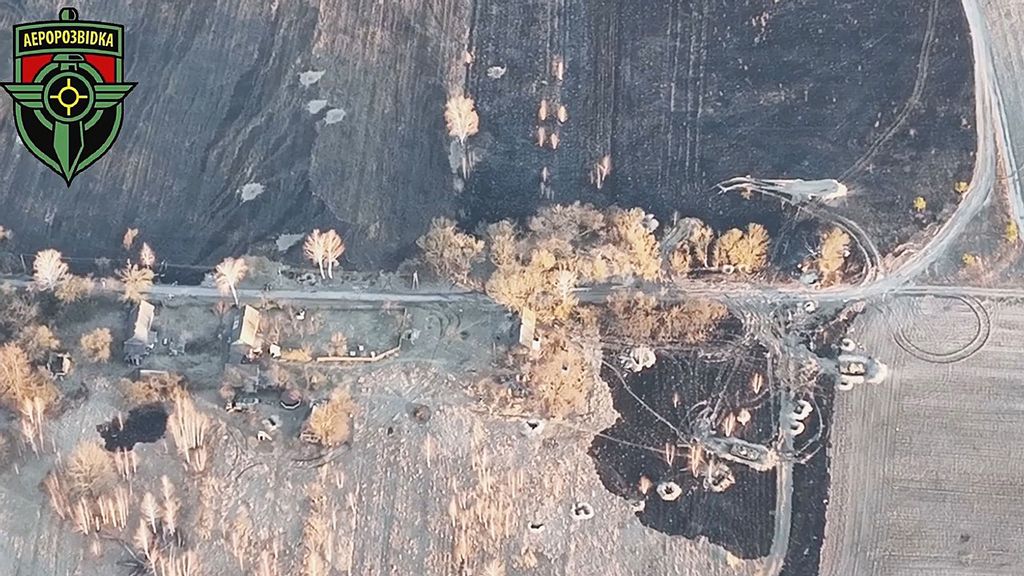 Ukrainian forces have praised their Western allies for supplying them with British-built NLAW anti-tank missile launchers, allowing them to engage in “orc roasting”.

Zenger News obtained these images from them, which were partially shot by a drone and show its camera scanning the ground for targets.

The footage then cuts to a soldier holding a British-built NLAW anti-tank missile launcher.

The soldier fires the weapon before quickly taking cover, with the missile reaching its target and the footage then cutting to show what appears to be the tank burning.

Zenger News obtained the images from the Aerorozvidka, which means ‘Aerial Reconnaissance’ in Ukrainian.

As a specialist unit of the Ukrainian Ground Forces, it played, among other things, a key role in stopping the 40-mile Russian convoy outside the Ukrainian capital Kyiv last month (March).

The unit has also been supplied with the Starlink system by Tesla and SpaceX boss Elon Musk.

The unit also said (in Ukrainian): “Thanks to this, the Air Reconnaissance and ZSU fighters arrange the roasting of orcs and the destruction of their equipment.”

The Ukrainian troops regularly call the invading Russian forces ‘orcs’, after the evil creatures in J. R. R. Tolkien’s ‘The Lord of the Rings’.

It signed off with the now-famous slogan “Slava Ukraini!”, which means “Glory to Ukraine!”

Aerorozvidka was “established in June 2014 as a response from an active part of Ukrainian society to the challenges posed by the occupation of Crimea and Donbas. The organization went from a community of volunteers to a military unit of the Armed Forces.”

The unit said its aim is “to assist the security and defense forces of Ukraine in being victorious over the Russian invaders.”

The UK government added: “This package amounts to more than GBP 100 million and has been designed in consultation with the Armed Forces of Ukraine to ensure that it meets their military needs. This builds on the GBP 350 million of military aid and around £400m of economic and humanitarian support that the UK has already provided.

“As well as providing bilateral lethal aid, the UK Armed Forces – alongside Polish, US and international partners – have established an International Donor Coordination Centre in Stuttgart.”