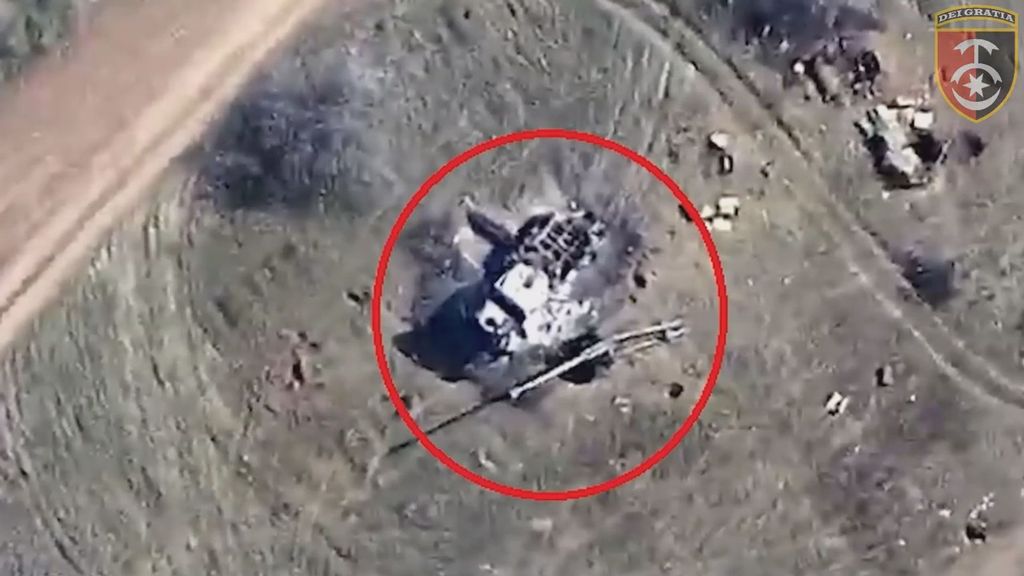 Tankers from the Zhytomyr region showed how they destroy military equipment of the Russian army in April 2022. (@30brigade/Zenger)

Ukrainian troops have declared the “hunting season” open as they take on Russia’s crack armored units in the east of the country.

Zenger News obtained the images from the 30th Separate Mechanized Brigade on Monday, April 11, and they said: “The ‘hunting’ season for Russian equipment continues!

“Once again, Kobzon’s supporters were sent to meet him. Whoever came to seize Ukrainian land will be destroyed. May our enemies burn in hell!”

Joseph Kobzon was a hugely popular Soviet and Russian singer who died in 2018.

The exact location where the images were filmed was not revealed, but the 30th Separate Mechanized Brigade is reportedly deployed to the contested Donetsk region, in eastern Ukraine, while its headquarters are in the city of Novohrad-Volynskyi, in the country’s north.

The 30th Mechanized Brigade has a long history, dating at least as far back as World War II, during which it served as a Soviet cavalry unit before it was mechanized in 1945. It became part of the Ukrainian military in 1991, with the collapse of the Soviet Union.

After Russia’s annexation of Crimea in 2014, the unit ditched all its Soviet decorations, in 2015.

In 2018, by presidential decree under the government of Petro Poroshenko, it was given a new honorific title, “Prince Constantine of Ostroh,” in reference to Konstanty Wasyl Ostrogski, a military leader and Lithuanian prince who took part in military campaigns against Tatars and the Grand Duchy of Moscow at the end of the 15th century.

He went on to take part in other victorious military campaigns against Russians. Despite his loyalty to Catholic Poland and his opposition to the Grand Duchy of Moscow, he was a devout, lifelong Orthodox Christian.

Ukrainian President Volodymyr Zelenskyy has warned that Russian forces are building up their forces and preparing to intensify the conflict in eastern Ukraine.

The US and the UK are investigating claims Russia may have used chemical weapons in Mariupol, with President Zelenskyy reminding his allies of their statements that this would change the nature of the conflict. Pro-Russian separatists have denied the claims.