Russia invaded their neighbor Ukraine on February 24 in what the Kremlin is still calling a "special military operation".
By Lee Bullen April 12, 2022
Facebook
Twitter
Linkedin
Email 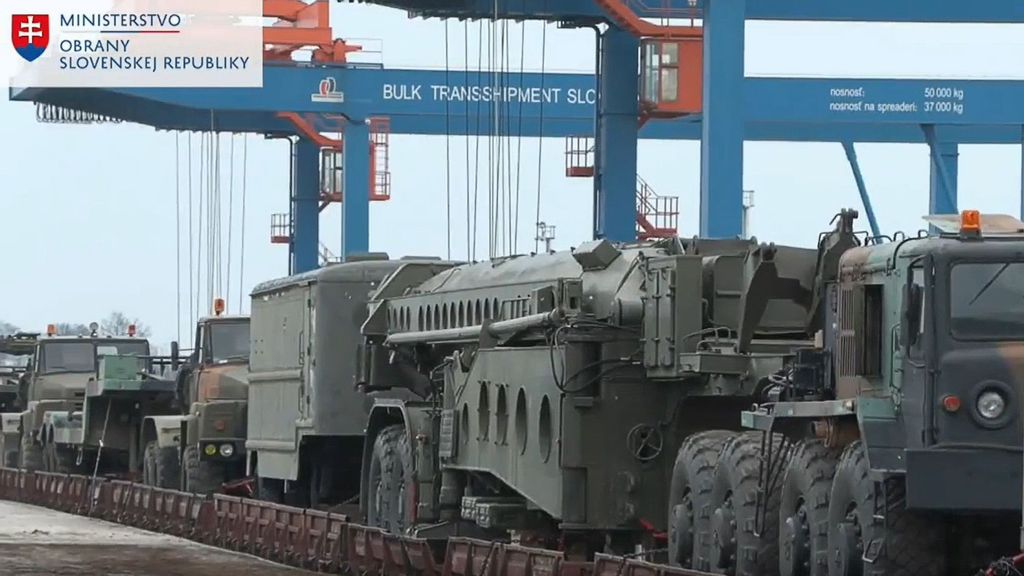 Other NATO nations have also sent tanks, howitzers, anti-aircraft systems, and other hardware to Ukraine, with military expert Oleh Zhdano singling the UK out for providing the “most weapons”.

Ukraine’s state foreign-language broadcaster UATV said on April 11: “Foreign partners continue to provide the Ukrainian Armed Forces with the equipment necessary to deter and repel attacks by the Russian army.

“Tanks, howitzers, anti-aircraft and anti-tank systems, and kamikaze drones. All this began to be supplied to Ukraine after the world got to know about the occupiers’ atrocities in Bucha, Hostomel, Irpin and other Ukrainian cities.”

The Ministry of Defence of the Slovak Republic said in a statement that they are providing Ukraine with S-300 missile systems “under Article 51 of the UN Charter, which speaks of assistance in the exercise of self-defense”.

The statement added: “Ukrainians have shown that they are extremely determined to defend their homeland and innocent lives. Therefore, we believe the S-300 system will help them.

“With this step, we are not dragging Slovakia into the war. Donating the system to Ukraine does not mean that the Slovak Republic has become part of the conflict. We are acting in accordance with conventions and proceeding in the same way as other democratically established communities, which realize that the fighting in Ukraine is also a question of our future.”

Russia invaded their neighbor Ukraine on February 24 in what the Kremlin is still calling a “special military operation” in the sovereign European country. Today marks the 48th day of the invasion.

From February 24 to April 12, the total combat losses of Russian troops stand at 19,600 personnel, according to the General Staff of the Armed Forces of Ukraine.