The shooting took place in the suburban town of Handsworth in the West Midlands, in the United Kingdom, on August 3, 2021.
By Lee Bullen April 12, 2022
Facebook
Twitter
Linkedin
Email 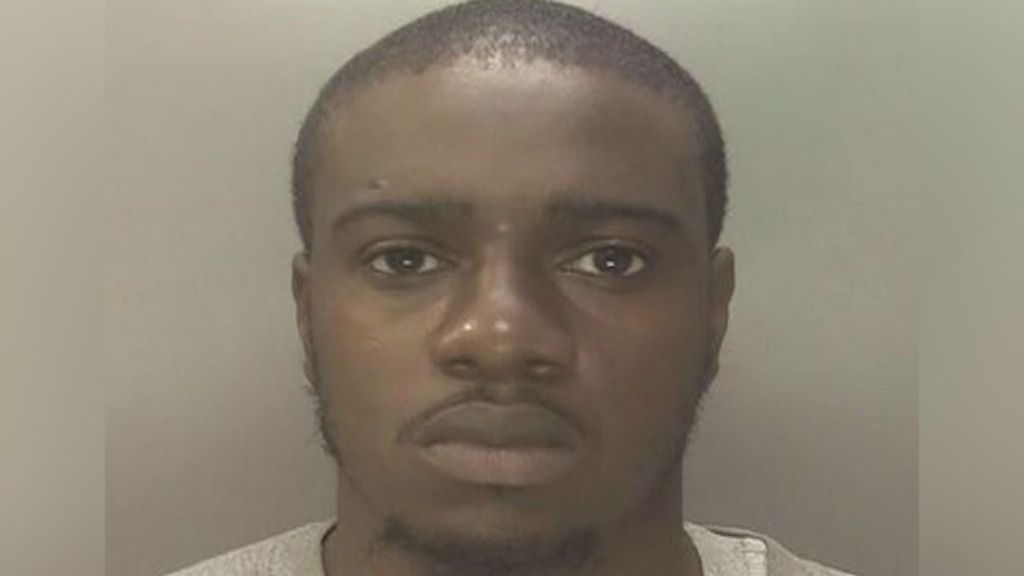 The suspect Mickelle Sharp who was arrested in Birmingham, England. (West Midlands Police/Zenger)

This is the moment a gunman fires at a drug rival in the street and shoots him twice in the arm, leading to the shooter being jailed for 21 years.

The shooting took place in the suburban town of Handsworth in the city of Birmingham, in the West Midlands, in the United Kingdom, on August 3, 2021.

In a statement obtained by Zenger News, the West Midlands Police in the UK said: “CCTV shows a gunman opening fire at a man in Birmingham – and the moment we arrested him after tracking him to a flat in the city.

“The footage shows Mickelle Sharp shooting at another man in Handsworth on the afternoon of August 3 last year.

“The victim was shot twice through the arm but luckily was not seriously hurt and made a full recovery – but the outcome could easily have been much worse.”

In the video, Sharp is seen “pulling the trigger from close range as his target cowers down by a fence and wheelie bins”. He then “discharges two more rounds as the victim runs to a car”.

The police said: “We identified Sharp as the gunman and traced him to a flat in Acocks Green two days later where he surrendered on realizing the block was surrounded by our firearms officers.

“A search of the flat revealed more than 100 wraps of crack cocaine, heroin and cannabis plus around 16,000 pounds [20,800 dollars] in cash which we’ve seized.

“We also searched a car linked to the 33-year-old and found a man bag containing the black-handled revolver. It was loaded with five rounds, three of which had been discharged.”

The police said Sharp admitted to possessing a firearm with intent to endanger life plus supplying drugs and was subsequently “jailed for 21 years”.

West Midlands Police added: “This was a reckless discharge of a firearm in broad daylight in a busy street; innocent pedestrians or motorists could easily have been caught up in this and seriously injured.

“We initially charged Sharp with attempted murder but a plea of possessing a firearm with intent to endanger life was accepted by us and the Crown.

“Anyone that is in the business of dealing drugs in our communities can expect to be proactively targeted and those who go on to actively use deadly firearms can expect to receive lengthy prison sentences.”