Fog Of War: Huge Cloud Of Nitric Acid Blows Back On Russian Troops 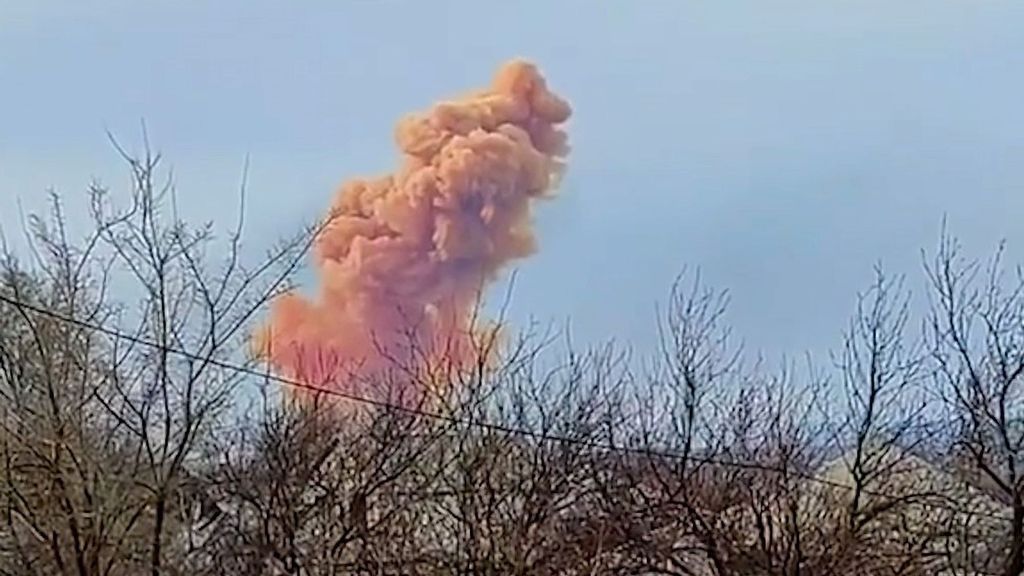 Bungling Russian troops reportedly blew up a tank of poisonous nitric acid only to watch the wind waft it back towards them, it has emerged from Ukraine.

The Luhansk Regional Military Administration said: “The Russians do not know how to fight – they did not even calculate which direction the wind was blowing.”

Parts of the region – Rubizhne, Lysychansk, Kreminna, Severodonetsk, and Zolote – endured heavy bombardments over the weekend.

The governor advised residents to “not come out of hiding” and to “close all doors and windows” in homes.

He pointed out: “Effects on humans: nitric acid is dangerous if inhaled, swallowed or in contact with skin and mucous membranes.”

Haidai said the “acidic fumes are irritating to the respiratory tract” and can lead to “bronchitis, dizziness, drowsiness and – in severe poisoning – pulmonary edema”.

The governor advised citizens to use gas masks to “protect against nitric acid vapor and mist”.

He offered as a tip: “If nitric acid gets into the eyes, rinse them under running water for 10 to 30 minutes. In case of contact with skin, wash the affected area with water, adding baking soda or soap.”

Russia is shifting its focus to eastern and southern Ukraine after withdrawing its troops from the north of the country.

The Kremlin says its actions are to protect Russian speakers, who predominate in Ukraine’s east and south and who are, in Moscow’s view, victims of a “genocide” carried out by Kyiv.

The genocide claim has widely been dismissed as baseless outside Russia.

Parts of Luhansk and Donetsk Oblasts have been under pro-Russian separatist occupation since 2014.