57% organize their haul before digging in, most commonly by flavor(34%) and almost a third (29%) save their favorites for the end.
By Anamarija Brnjarchevska April 12, 2022
Facebook
Twitter
Linkedin
Email 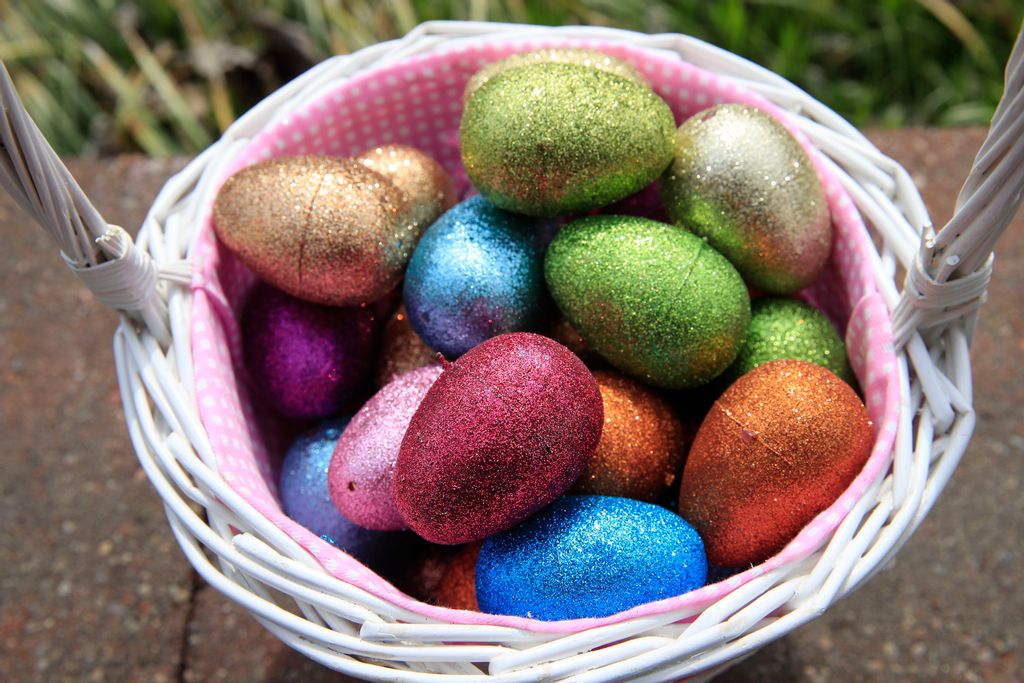 An Easter basket filled with eggs is seen on April 10, 2020 in Louisville, Kentucky. Due to the COVID -19 outbreak, Kentucky state officials have instructed churchgoers to not attend services for the Easter holiday and celebrate at home instead. (Photo by Andy Lyons/Getty Images)

Things may change, but your sweet tooth might remain the same, according to new research.

A new poll of 2,000 Americans – including at least 1,000 who celebrate Easter – revealed that the average person first picked a “favorite candy” around the age of 11 and has stuck with it ever since.

In fact, 52 percent reported eating more candy now as adults than they ever did as kids.

Many of those polled (40 percent) gravitate towards snack- or “fun”-sized candies, despite the traditional wisdom that bigger is better.

While just over one in three (35 percent) prefer chewy candy the most, making it the most popular texture among respondents.

Conducted by OnePoll on behalf of HI-CHEW, the survey also explored how the typical person approaches a “candy haul” that’s gathered during a seasonal event like Easter or Halloween.

When asked how much candy constitutes a “haul,” respondents settled on an average of 23 pieces or more.

Over half (57 percent) organize their haul before digging in, most commonly by flavor (34 percent), and almost a third (29 percent) save their favorites for the end.

But what to do with the candy you’re less enthused about? For most, it’s not a snap decision – 33 percent will eat a few pieces first before deciding whether or not to share, typically with their children (41 percent) or partner (41 percent).

Candy swaps also proved popular, as two in five (41 percent) have traded with other family members to ensure they have more of their favorite.

Regardless, survey-takers figure they could still eat an average of four pieces of their least favorite candy in one sitting.

“It’s no surprise that children enjoy indulging in sweets during a holiday like Easter, and we know that their parents have a sweet tooth too,” said Teruhiro Kawabe (Terry), President and Chief Executive Officer of Morinaga America, Inc. “While some preferences may change, the joyful experiences of the past contribute to why the average American has had the same favorite candy since childhood.”

Childhood memories, preferences and jealousy aside, two-thirds (67 percent) agree that candy hauls are not just for kids.

While 11 percent of respondents still get Easter baskets as adults, 38 percent admitted they envy the baskets of the younger children they celebrate with.

And even with all the trading and giving away, 38 percent of respondents have had to settle family arguments over who gets what goodies in their basket.

Over the years, respondents have participated in a variety of Easter activities. About half (48 percent) have gone on an Easter egg hunt and 42 percent have met and taken a photo with the Easter bunny.

Almost half (48 percent) have made an Easter basket for someone else, and 45 percent enjoy tailoring that basket to the person receiving it.

“Easter candy in America dates back hundreds of years, with sweets being a staple in baskets to bring smiles to children’s faces on Easter morning,” said Kawabe.

“This springtime holiday tradition has helped create cherished memories and bonding time for kids, adults and everyone in between for many generations.”