The rescue of the Caucasian squirrels took place in the city of Sardasht.
By Joseph Golder April 11, 2022
Facebook
Twitter
Linkedin
Email 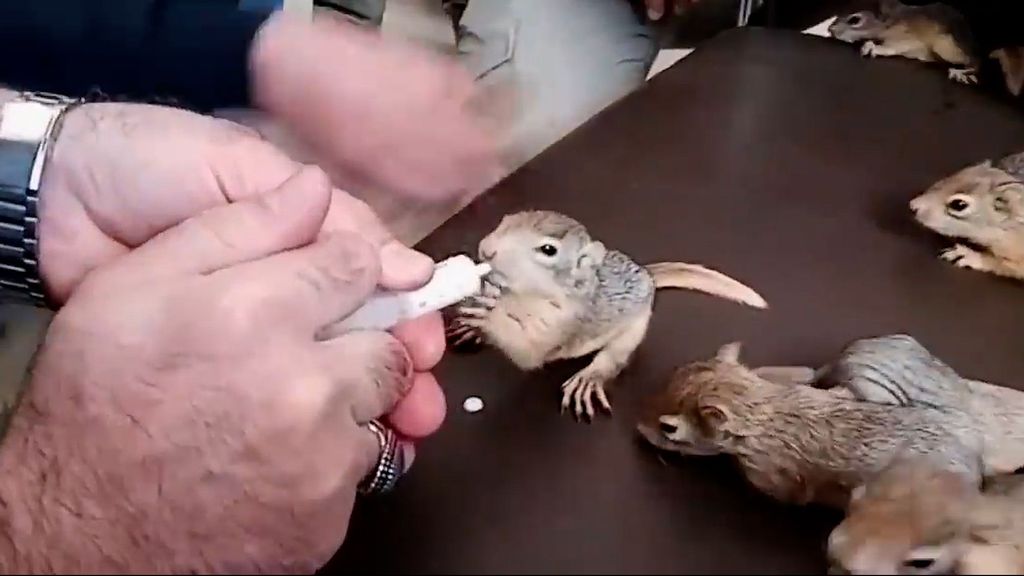 Wildlife detectives have rescued an astonishing haul of rare squirrels from animal traffickers in Iran.

Police confiscated 32 of the nut-loving animals after setting up an elaborate sting posing as potential buyers, it was reported.

Cute footage of the adorable young mammals shows wildlife workers struggling to contain them on a sofa as one of them is fed milk from a syringe.

The rescue of the Caucasian squirrels took place in the city of Sardasht, which is located in the northwestern Iranian province of West Azerbaijan.

A colleague named as Saeed Shahand added that the traffickers had caught the “important and valuable species” of squirrel in the forests of Sardasht and “intended to sell and transfer them to other parts of the country”.

Shahand also said that the traffickers had failed and that they had arrested their leader, who has not been named.

Bayazidi said: “By monitoring the sale of Iranian squirrels in cyberspace, we were able to arrest the leader of the Iranian squirrel buying-and-selling gang during a face-to-face transaction with the help of Sardasht intelligence agents.”

The Environmental Protection Agency said that during the operation, it had rescued 32 Caucasian Squirrels (Sciurus anomalus), many of them, judging by the footage, apparently very young.

Shahand added: “According to the confession of the offender, the people involved in this gang have been identified and legal measures have been taken to arrest them.”

He explained that these squirrels, which are found in south-western Asia, are “rodents with high conservation value”, adding that their “main habitat is the Zagros forests and it has an important role in the natural regeneration and conservation of oak forests”.

The General Department of Environmental Protection of West Azerbaijan added: “In order to make a profit, in addition to endangering the offspring of this valuable species, irreparable damage is indirectly inflicted on the growth and regeneration of oak forests.”

The squirrels can usually be found in Turkey, on some Greek islands, in Iran, and in Jordan and Israel. They tend to live in forested areas made up of pine and oak trees.

«Previous Post
Bark Home: Pooch Rescued After Falling Down Storm Drain»Next Post
Cat Shot At And Shelled In War-Torn Ukraine Travels Over 2,500 Miles To Be Reunited With Family