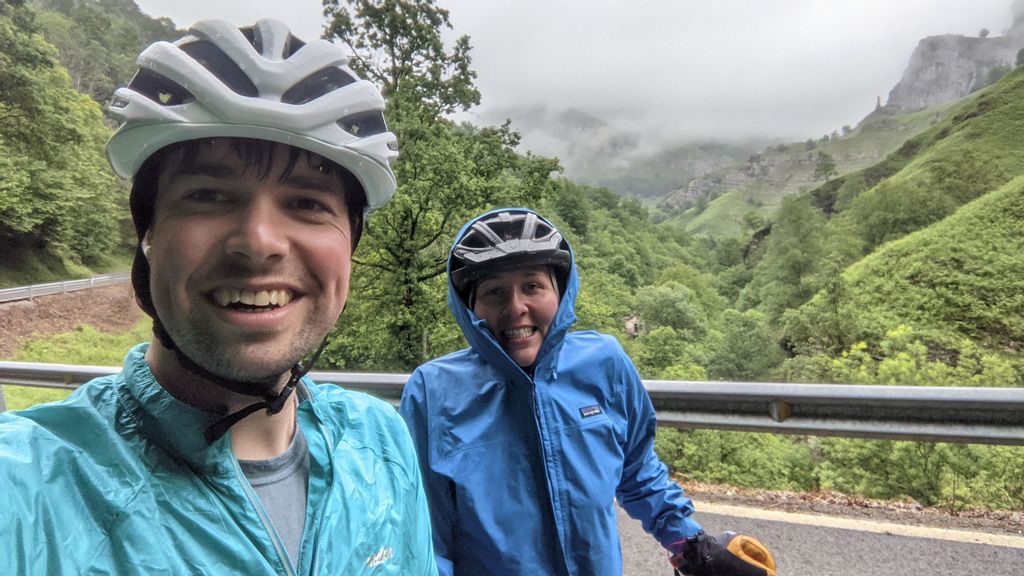 The couple who were cycling thousands of miles across the world and were forced to change destination - and go 4,700 miles the other way.  (Matthew Newby/Zenger)

A couple cycling across the world were already thousands of miles into their trip when they were forced to change destination – and go 4,700 miles the other way.

Matt Morley, 31, and his wife Coco, 32, left southwest London, the UK capital, in May 2021 to embark on their self-funded year-long cycling trip to Japan.

The determined duo set off to raise money for the international development charity Mercy Ships who offer life-saving surgeries in the world’s poorest countries.

But the pair, who have already cycled some 5,592 miles through 18 different countries, were recently forced into a last-minute change of plans.

Doubts about ongoing COVID travel restrictions to Japan and surrounding countries meant they had to abandon Tokyo as their final destination.

Instead, after receiving the news in Thailand, the couple decided to head in the direction of East Africa, finishing in Tanzania – which is around 4,700 miles the other way.

Matt, from Tooting, in South London, said: “It’s been tough letting go of the need to be in control and plan ahead – especially for me.

“We’ve changed our plans so many times, but we did kind of know what we were getting in for when we set off!

“It’s easy to get bogged down in feeling sad and frustrated at these things.

“But we like to think we’ve got a little better at rolling with the punches and just trying to make a plan B, or C, or even H!”

As well as the last-minute diversion, Matt and Coco have endured numerous challenges on their fundraising journey.

They have suffered separate stomach bugs, multiple route changes, several punctured tires, and even found themselves stuck in tar.

The couple, who work for the Department for Education, were also detained in Kyrgyzstan due to a pandemic-related visa issue which saw them heavily delayed.

“We’ve been blown away by the kindness of people that we’ve met in every country we’ve cycled through,” Coco said.

“People offering us food, drink, lifts, a bed for the night, or even just a smile and a high five.

“All of the illness we’ve experienced hasn’t been fun, particularly getting sick whilst wild camping in a remote forest.

“We crashed on some freshly laid liquid tar on the road in Tajikistan which was a definite low point.

“We weren’t sure we’d be able to get enough tar off our bikes to carry on – so the trip nearly ended there and then.

“So yes, it’s definitely been tough at times but on the whole it’s been an amazing experience.”

The cycle has raised almost 7,000 pounds (9,100 dollars) for Mercy Ships and the couple are hoping to secure more funds for the charity before their journey comes to an end next month.

Coco added: “This trip has really brought to light the many privileges we have in the UK.

“Mercy Ships is doing fantastic work to provide life-changing health services to people who otherwise wouldn’t have access to the medical care they need.

“This is something we felt passionate about before we left, and even more so now we’ve seen it for ourselves!”