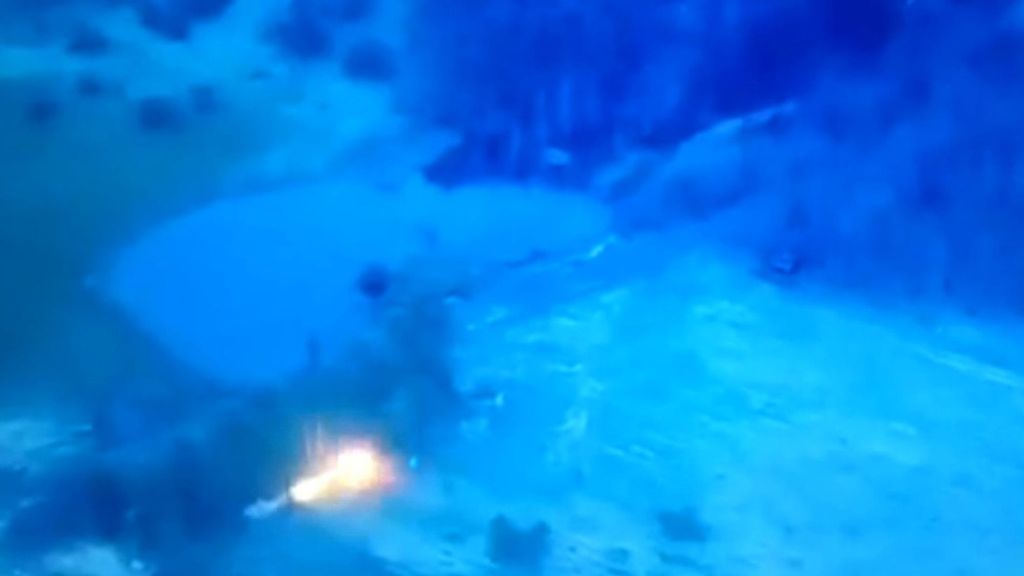 Fighters of the Armed Forces of Ukraine destroyed the occupiers' tank in Luhansk region in April 2022. (@operativnoZSU/Zenger)

Zenger News obtained the footage from the Armed Forces of Ukraine on April 6.

The Ukrainian military said the Russian tank was destroyed by a Sweden-UK-produced Next generation Light Anti-tank Weapon (NLAW).

The weapon system was designed by SAAB Bofors Dynamics and manufactured in the UK, predominantly by Thales Air Defence.

The Armed Forces of Ukraine said “the occupier’s tank was destroyed by NLAW” and joked that they made the Russian enemy “eat borscht”, a sour soup made with red beetroots that originated in Ukraine and is popular in Eastern Europe.

According to the General Staff of the Armed Forces of Ukraine, the tank was destroyed in the easternmost Ukrainian province of Luhansk Oblast and was carried out by “soldiers of the 57th separate motorized infantry brigade named after Kosh Ataman Kostya Gordienko”.

In Sievierodonetsk, the Ukrainian authorities claimed that Russia bombed a humanitarian aid center where a group of Ukrainian residents was standing in line, injuring five.

The Russian attack on Sievierodonetsk reportedly led to fires in 10 high-rise buildings in the city.

Governor of Luhansk Oblast Serhiy Haidai, 46, said: “Once again, we are experiencing the cynical shelling of residential areas in Sievierodonetsk.

“Russian ‘peace’ is destroying our way of life in Luhansk Oblast. Rescuers are extinguishing the fires and clearing the debris.”

Russian troops invaded Ukraine on February 24 in what the Kremlin is calling a “special military operation” in the sovereign European country.

Today marks the 43rd day of the invasion.