The incident took place in Oklahoma City, which is the capital city of the US state of Oklahoma.
By Joseph Golder April 8, 2022
Facebook
Twitter
Linkedin
Email 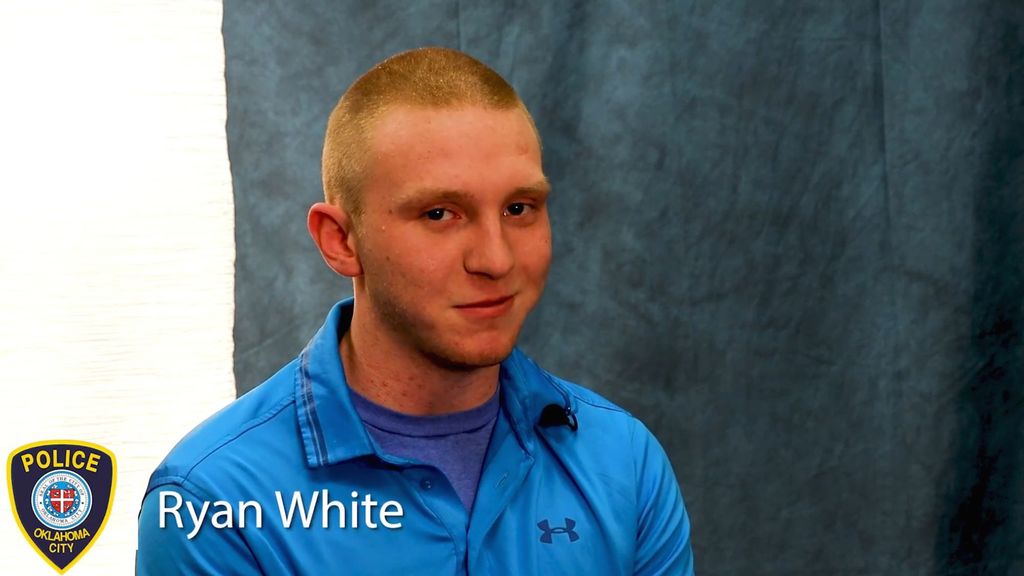 Ryan White who was rescued by an officer from the iced water in Oklahoma, USA.  (Oklahoma City Police Department/Zenger)

A man has credited his Apple Watch with saving his life from drowning after he fell into a creek that was partially frozen after he asked the virtual assistant Siri to “call 911”.

The incident took place in Oklahoma City, which is the capital city of the US state of Oklahoma.

Zenger News obtained a statement from the Oklahoma City Police Department (OKCPD) who said on April 5: “Ryan White was on a hike when suddenly the trail gave way. Falling from considerable height, he slammed into icy waters.

“His leg pinned under a rock, injuries to his head and back, and struggling to stay above water, he called 911.

“Oklahoma City Police Officer Chris Goodwin responded to the call, locating White, and jumped in the water to rescue him. Thanks to the efforts of OKCPD, White is now able to share his story.”

White, 18, told the police that he had been exploring the local creek behind his neighborhood since he was a kid. But he said that on the day of the incident, it was a “really cold day” and he slid down the embankment.

White said he tumbled down the hill and landed on the ice on the partially frozen creek, crashing through it and ending up in the water.

He said that the way he had landed had caused his legs to be higher than his upper body, which was partially submerged.

He said that he could only manage to keep his head above the water, adding that as time went by, it was getting harder and harder to regain his footing.

He said that he shouted at his Apple Watch: “Hey Siri! Hey Siri! Call 911”

The virtual assistant appears to have heard him, with the call, the audio of which was released by the OKCPD, revealing a panting White telling the police that he had fallen into a creek.

Officer Chris Goodwin said that the call revealed that the young man’s leg was “trapped underneath a rock”.

The officers sent officers to the scene, tracking White down by pinpointing where the signal of the call was coming from.

The officer said that White was “lucky” and commended him for being able to place the call, calling it “amazing”.

White, meanwhile, praised the police for coming to his rescue. Kimberly White, Ryan’s mother, can be seen thanking the officer and hugging him in the footage provided by the police.

The officer, however, remained humble and stated that he was just doing his job.

«Previous Post
Stunning Realistic Pencil Drawings Take 100 Hours To Do But Artist Insists Anyone Can Master Skill»Next Post
Three And A Half: Brazilian Throuple Reveals Baby Is On The Way