Clive Sowerby, 78 was served with a County Court Judgement over the 0.65-dollar discrepancy when he parked in Crown Lane.
By Anamarija Brnjarchevska April 8, 2022
Facebook
Twitter
Linkedin
Email 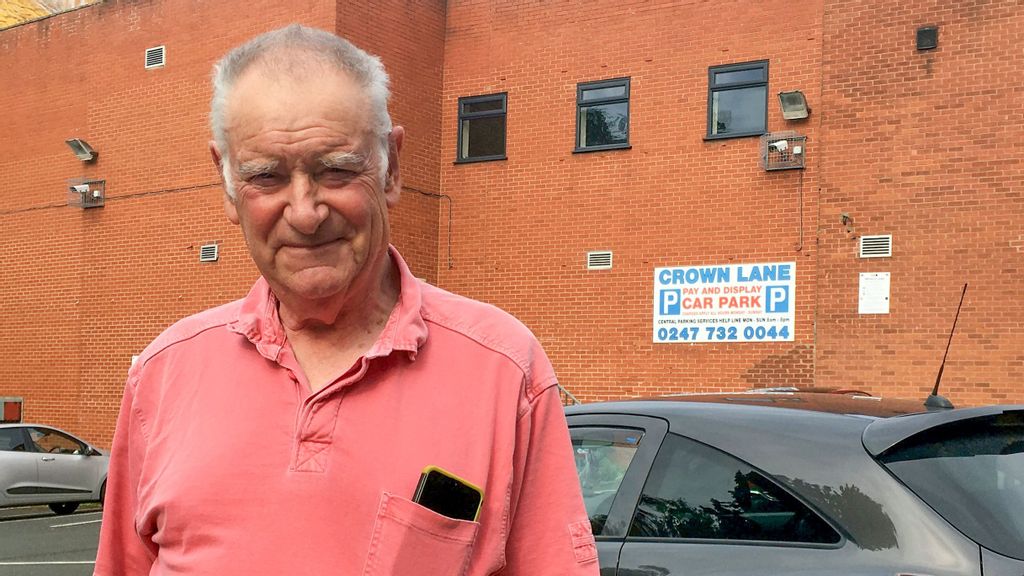 A granddad who was left financially devastated after being slapped with a £272 fine over a 50p parking debt has won a David v Goliath court battle to overturn a CCJ. (Newsquest StourbridgeNews/Zenger)

A granddad who was left “financially devastated” after being slapped with a 356-dollar fine over a 65-cent parking debt has won a David v Goliath court battle to overturn a court ruling.

Retired magistrate Clive Sowerby, 78, refused to pay hundreds of pounds in fines to a private parking firm during a lengthy legal dispute which began in October 2019.

The grandfather-of-three was served with a County Court Judgement over the 0.65-dollar (0.5-pound) discrepancy when he parked in Crown Lane, in the market town of Stourbridge, which is located in the West Midlands, in the United Kingdom.

Clive wrote to the firm explaining his mistake but they replied in November 2019 telling him the penalty had increased to 209.23 dollars (160 pounds).

He contacted the firm again and heard nothing back until January last year when they replied to say the case had now gone to court.

Premier Parking Logistics told Clive he had been issued with a county court judgement for debt (known in the UK as a CCJ) with the fine going up to 356.44 dollars (272.55 pounds).

Clive said the CCJ had ruined his chance of applying for a loan to expand the shoe shop business he has run for 50 years.

He also feared the black mark on his credit score would delay his retirement plans and affect how much he could leave to his family in his will.

But defiant Clive continued to stand up for himself and refused to pay the fine, despite concerns over his family’s financial future.

He has now successfully overturned the judgement issued against him following a hearing at Worcester County Court and says “finally common sense had prevailed”.

Dad-of-two Clive, of Stourbridge, said: “I hate injustice and I love my town.

“You can’t do anything with a CCJ, it’s really crippling. But I’ve done this for the community.

“We don’t need people like this doing business in our town and I think people need to stand up for themselves when they know they are not in the wrong.

“The way the parking company went about their business was both unjust and ruthless.

“I’ve had to appeal three times and finally common sense has prevailed. Previously it felt like the court were aiding and abetting this kind of behaviour.

“They simply said at first I had the financial means to pay but I successfully argued the fine was grossly unfair.

“The signage was shambolic so you could not see the charges had increased. They had put a sticker up over the zero to indicate it had gone up 50p.

“There was a tree blocking part of the tariff board and another sign about the price rise was just cellotaped to it.

“There was no intention on my part to avoid paying, we spend around 700 pounds [915.46 dollars] a year parking there, we just didn’t notice the price hike.

“It has been nice to finally put the parking company in their place and to clear my name.

“I will have to go to a small claims court to recoup costs but I have enough on my plate looking after my wife who is having chemotherapy for leukemia.

“This is enough of a victory for now. I know hundreds of other motorists will be in similar situations and it just goes to show justice can be done.

“But is should also serve as a warning these private parking companies will take motorists to court.”

During lockdown, Clive’s shoe shop had been closed while he and his wife shielded but unbeknown to him, the parking firm had been sending letters to that address.

Clive, who was a magistrate for 22 years and now cares for his wife Helen, added: “They knew shops would be closed at that time.

“That was another underhand way they went about things.

“Previously I ran the shop for 50 years with a good reputation and unblemished record.

“My wife was in tears when she found out saying ‘this would not have happened if I didn’t have Leukaemia and Covid, it’s my fault.’

“What can you say to that? It was heartbreaking.”

Despite repeatedly writing to the parking firm to explain his circumstances, his reasoning fell on deaf ears.

Clive said: “I had been hoping for a more human response over the whole matter rather than just forms demanding money.

“You have to stand up and be counted somewhere along the line against total injustices.”

The case was delayed by the pandemic but came before Deputy District Judge Bush on March 16 and the claim was dismissed.

Since the saga began, it has emerged that Dudley Council owns part of the carpark and the authority has now updated the signage.

A spokesperson said people have 14 days to pay a parking charge notice and 21 days to appeal, adding: “He [Mr Sowerby] never responded or sent an appeal to say this was an oversight.”

The spokesperson said if there had been some dialogue in “the same week or same day we would have looked at it” but not months later.

He added he was “chasing old debts” and he said he heard “excuses galore” from people trying to get out of paying a parking fine, adding: “It’s the same old story.”

«Previous Post
Woman Has The Shock Of Her Life Giving Birth Alone In Shower With No Idea She Was Pregnant»Next Post
Fan Plastic! How Plastic Waste Could Be Used To Grab CO2