The authorities later reported that the figure for the deceased had "risen to 12".
By Lee Bullen April 8, 2022
Facebook
Twitter
Linkedin
Email 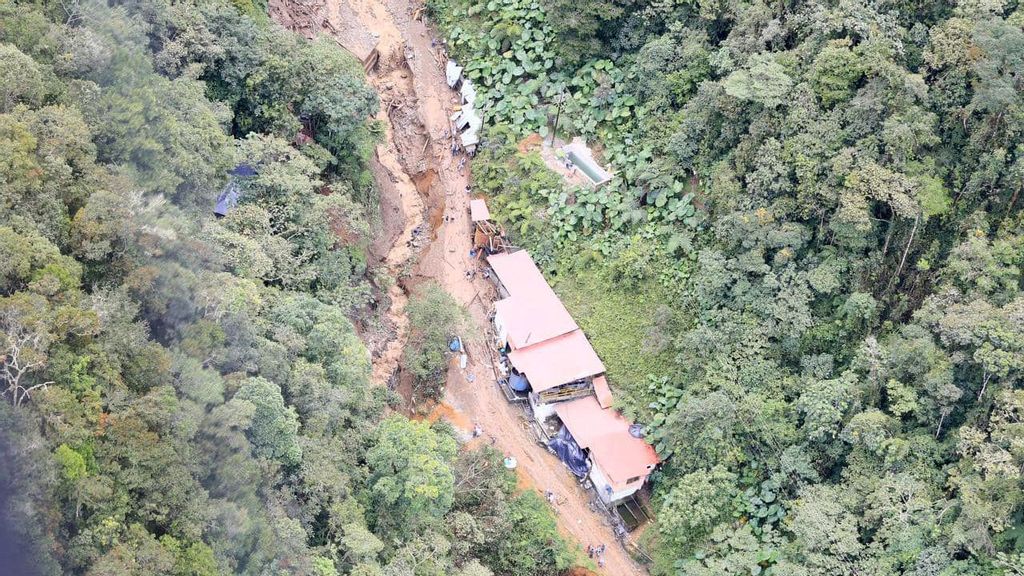 A flood caused a landslide in the municipality of Abriaqui, Colombia, on 6th April. (@GobAntioquia/Zenger)

At least a dozen miners died when a mountain stream burst its banks and flooded an underground gold mine, officials have revealed.

The disaster took place at the El Porvenir mine – one of the deepest in South America – in the rural municipality of Abriaqui, in the Colombian department of Antioquia, at around 6:30 p.m. on Wednesday, April 6.

According to local reports, a period of heavy rain caused a mountain river to break its banks, triggering a landslide and sending mud and water down into the mine.

A report from the Governor of Antioquia on Thursday stated that “at the moment there is a figure of 11 deceased and between 10 and 14 missing, the search for whom is being carried out intensely”.

The authorities later reported that the figure for the deceased had “risen to 12”.

Municipal mayor Hector Orrego said the mine had all relevant permits to operate in the area but did not expand on what kind of work was taking place when the floodwater hit.

The most commonly listed primary commodities in mines in Antioquia are gold, copper, and silver.

Orrego added: “The boys were at dinner, some were getting ready to finish, others were already leaving work when the torrential flooding hit.”

He added that the authorities also evacuated around 20 families in the area at risk of being affected by the flood.

The Administrative Department of Risk Management of Antioquia (DAGRAN) said the disaster was caused by the “sudden flooding of a stream” in the mountainous region, adding that “a team of professionals is attending the site to provide support and response work”.

Meanwhile, Colombian President Ivan Duque expressed his “solidarity with the victims’ families” on Twitter and assured citizens that “relief agencies are carrying out search operations for the missing persons”.

Abriaqui has a subtropical highland climate, with heavy rainfall all year round.

There has been no further information on the search operation for the missing workers as emergency teams continue to work around the clock at the flooded mine.