Zenger News spoke to Ossi Saarinen and he said: "I took the video in Espoo, Southern Finland, in the summer of 2021".
By Joseph Golder April 8, 2022
Facebook
Twitter
Linkedin
Email 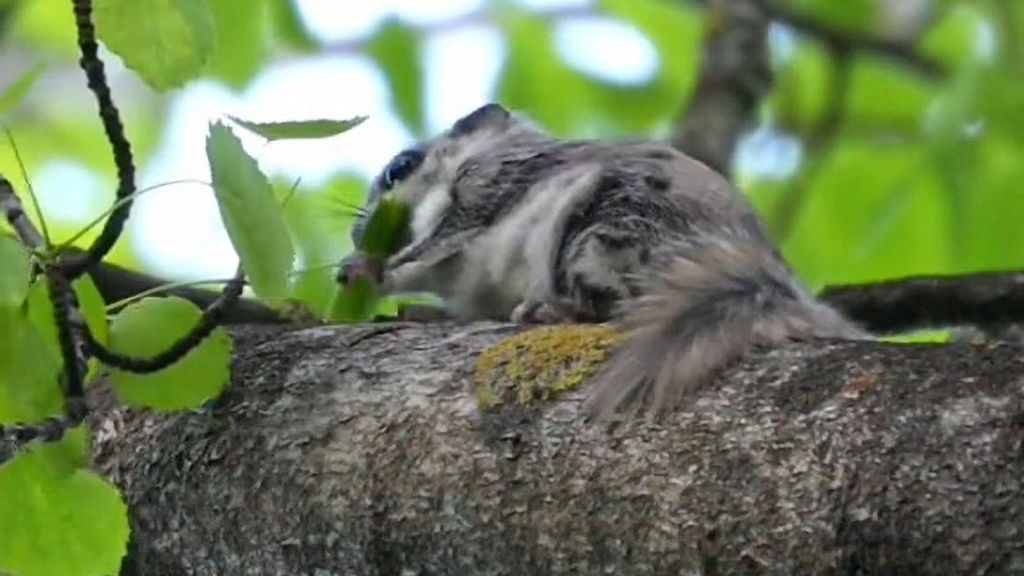 This is the adorable moment a nature lover captures rare Siberian flying squirrels on camera as a mum and her two kittens emerge from a hollow tree trunk.

The cute images show how the photographer spotted droppings from the animals and guessed that a hole in a tree might be their home.

And sure enough, the mother eventually emerges, poking her head cautiously out of the hole in the trunk.

And much to his surprise, after she has fully exited the hole, two baby squirrels stick their heads out as well.

Zenger News spoke to Ossi Saarinen, who has nearly 300,000 followers on Instagram, in an exclusive interview, and he said: “I took the video in Espoo, Southern Finland, in the summer of 2021.

“I knew there were Siberian flying squirrels somewhere in the area, so I went looking for any possible tracks.

“I found some droppings underneath one tree that indicated that there were some flying squirrels around.

“Then I tried to search for their nesting hole. I found one good-looking hole high on the tree and decided to wait if something would come out.

“As flying squirrels are mostly nocturnal, I had to wait until it got dark (or as dark as it gets in the Finnish summer).

“I was very happy to see the mother squirrel coming out of the hole but even happier and quite surprised when I saw those two adorable babies.

“I didn’t expect to be that lucky. In that summer, I spent many nights at the spot and got to observe the squirrels a lot.”

Ossi added: “I’ve been super interested in nature and especially wild animals since I was a young kid.

“I used to go out just to observe wildlife with my bare eyes or through binoculars. At the age of 18, in 2015, I tried to take some photos and fell in love with photography immediately.

“I especially like how I can save those interesting moments that I experience in nature and how I can share them with others.

“In wildlife photography, I also really enjoy how challenging it is. You never know what you’re going to see.”

He said that getting good shots really does depend on a number of factors.

He explained: “Sometimes, I get very lucky and get a very nice shot in after only a few minutes in nature.

“But sometimes, several weeks pass by without me getting any good pictures.

“I’d say that 99 percent of the time goes into searching and waiting for the animals and less than one percent into the actual photography.

“I believe there’s no such thing as a ‘perfect picture’ and it’s always possible to get a better one.”

Ossi published a children’s book in 2019 called ‘How to Find a Fox’.

He said: “It’s a children’s book made in collaboration with American author Kate Gardner. She wrote the storyline and I chose the pictures.

“As the title says, it’s about red foxes, telling a bit about their life and where, when and how it’s possible to find them.

“It includes lots of photos of red foxes and a couple of other animals that I’ve photographed in the past few years.”

He uses a “full-frame Canon body (5D Mark IV) with several different lenses, the longest one being 400mm”.

Ossi explained: “To hide from the shy animals, I use different kinds of camo nets and hides.

“I also sometimes use trail cameras that I leave in the forest and come and check out later to see which animals have passed by.”

Speaking about making ends meet, Ossi said: “Wildlife photography certainly isn’t the easiest job to make a living and it’s not big money, but, so far, it’s been enough to live.

“More important than money for me, it’s that I’m able to do what I love and be my own boss.”