From 24th February to 8th April, the total combat losses of Russian troops stand at an estimated 19,000 personnel. 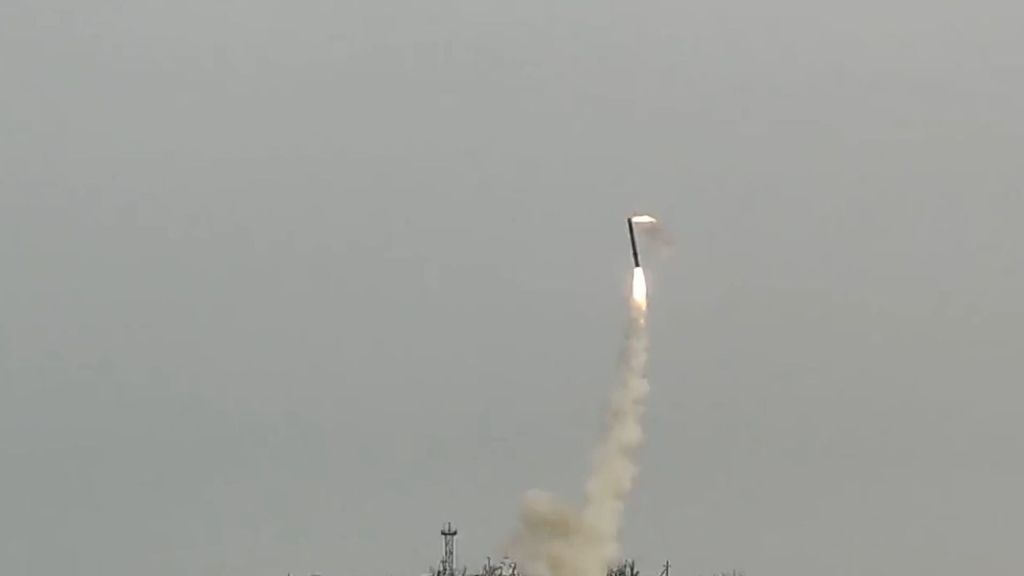 The Russian Armed Forces carried out a missile strike with precision-guided weapons on Ukraine's military infrastructure. (Ministry of Defense of Russia/Zenger)

Russian defense chiefs have released a video of a high-precision supersonic Onyx cruise missile being deployed over a murky coast.

Kremlin officials claimed the missile was aimed at Ukrainian “military infrastructure”, but gave no details of what the target was or if the missile reached it.

The Russian Ministry of Defense (MoD) said: “DemilitariZation. The crew of the ‘Bastion’ coastal missile system on the Black Sea coast launched a high-precision ‘Onyx’ missile at military infrastructure of the Armed Forces of Ukraine.”

The footage shows the missile slowly rising into the air before leveling off and shooting across the horizon with a supersonic roar.

In a statement obtained by Zenger News on 8th April, the Russian MoD said: “The Russian Armed Forces carried out a missile strike with precision-guided weapons on Ukraine’s military infrastructure.

“The crew of the Bastion coastal missile system on the Black Sea coast launched the Onyx high-precision missile at a designated ground target in the territory of Ukraine.”

The Russian MoD styled the word “demilitarization” with a capital ‘Z’, which has been used in Russian propaganda as a sign of support for the invasion of Ukraine.

The attack came as the invasion, which the Kremlin is dubbing a “special military operation”, enters its 44th day.

From 24th February to 8th April, the total combat losses of Russian troops stand at an estimated 19,000 personnel, according to the General Staff of the Armed Forces of Ukraine.

In the latest reports, Ukraine says over 30 people have been killed and 100 injured after rockets hit a train station in the city of Kramatorsk, in eastern Ukraine’s Donbas region.

Donbas is where Russia is believed to be stepping up its offensive as it withdraws from the north of Ukraine.

Parts of Donbas have been under pro-Russian separatist occupation since 2014 as the so-called Donetsk and Luhansk People’s Republics, which were recognized as independent states by Russia just days before the invasion was launched.