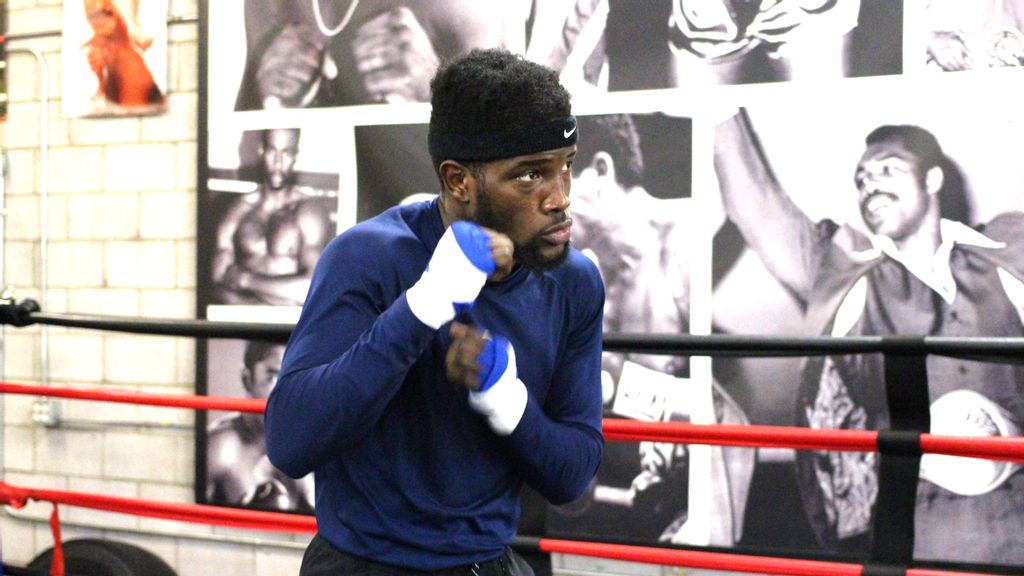 MIAMI — Florida’s Erickson “The Hammer” Lubin has crushed every opponent who stepped in the ring with him — save for a first-round knockout in 2017 to current champion Jermell Charlo. Lubin, now with 6 consecutive wins behind him including 4 by knockout, has put himself in position to run it back with Charlo. Lubin will face Brian Castano if he is able to dethrone Charlo in their May rematch, after battling to a drawback in July 2021.

But before getting a second shot at Charlo, Lubin must beat 6’5″ Sebastian Fundora, the tallest junior middleweight [154-pounds] in the history of the sport. Fundora brings a 18-0-1 record with 12 of those wins coming by knockout to the table. With a win over Fundora, Lubin should be a shoo-in to face the Charlo-Castano winner and have another crack at becoming a world-champion.

The fighters will face off in Las Vegas on Saturday night. “The Hammer” tapers down training camp to chat with Zenger about his April 9th Showtime headliner.

Zenger: I can’t call it. How is everything going with you?

Zenger: I’m sure you are tired of fielding questions about Sebastian Fundora’s height, so I will get mine out of the way. Has it been difficult to prepare for a 6’5, 154-pound fighter?

Lubin: Honestly, it hasn’t been difficult at all. Coming into camp, Kevin [Cunningham] (trainer) already had things lined up for me. I’m sparring a dude who is 6’6 right now. Then I got Jamonte Clark who fought Fundora… we have been sparring. Kevin been drawing up a great gameplan. I’m just ready to put it out there on Saturday night, man.

Zenger: You are one of the junior middleweights that seems to fight any and everyone placed in front of you. Is that just a testament of who you want to be in this fight game?

Lubin: Absolutely! This is for my legacy. That’s just my competitive nature. I don’t really care to fight these mediocre fights with guys that are less than me. I like these fights where people think it’s 50/50 and I just go out there and do my thing. I keep saying it, but I have been beating top contender after top contender. It’s true. I’m doing the champion’s job. I’ve beaten two former world-champions, I’ve beaten prospects, and top contenders. By the time I get to the world title, it’s going to be mega fights.

Zenger: You are on a 6-fight winning streak, you stopped 4 of the 6 guys since your lone loss to Jermell Charlo. Did something mentally or physically change, or this is who you have always been even with the Charlo setback?

Lubin: This is who I’ve always been, honestly. I have always believed in my talent. You can ask anybody that grew up in the amateurs with me. I have great talent. I’m just a competitor. I got with Kevin Cunningham… I still got the same team, I just built on to my team. I matured in the ring. I’m a lot more comfortable in there. I’m just putting it all out there now.

Zenger: What has been the direct impact of bringing Kevin Cunningham on board?

Zenger: You have that old school fighter mentality where you seem to live in the gym and train even when there is not a fight on the horizon for you. Is the gym more like your sanctuary and peace of mind?

Lubin: Yeah! I love being in the gym. I love getting better. I truly feel like being with Kevin, he instilled that in me as well, making sure I’m in the gym and making sure I’m in some type of shape. I stay ready for that phone call, because at any moment they can call you and tell you they have something lined up. We’re not champions yet, we don’t own the weight class yet, so that’s just the hungry mindset that I have.

Zenger: I know you have been training hard, so I’m not sure you have had the opportunity to see how many people on social media are really looking forward to this fight. How does that make you feel to see so many people pumped up for this fight?

Lubin: I can’t really avoid it. I see people are excited for this fight. That’s great motivation that people want to see me fight. I’m giving them the best fights and matchups possible every time out. I’m excited as well. The same way they are excited, I’m excited to go in there and showcase my talent.

Zenger: What was the process of accepting this fight when they brought you the name, Sebastian Fundora?

Lubin: Honestly, after the [Jeison] Rosario fight, I thought I was in line for the title, but due to the Charlo and Brian Castano fight ending in a draw and them doing the rematch, I was like, give me the next best in line. They had Sebastian Fundora for me, and I don’t mind that fight at all. This is boxing. I said, the next available, it didn’t matter his height. A lot of people are fascinated by his height, but when you actually look at his skillset, it’s not like mine to be honest. I’m ready to go in there on Saturday and pretty much expose him.

Zenger: I was going to say, although his height makes him an anomaly for the division, I’m sure you almost feel disrespected that some are viewing this as a 50/50 fight.

Lubin: Yeah, for sure. I possess skills in that ring that I don’t think anybody in the 154-pound division got like me. I can’t do too much talking. I’m not underestimating the kid either. He’s hungry, he’s coming in there ready to fight, and it’s my job to bring him back down to earth.

Zenger: You are known for your skills and patience. He is more of a volume first, come forward fighter. Are you willing to engage in his style, or do you feel you have to bring him into your world and slow things down?

Zenger: What does Erickson Lubin do between now and Saturday night?

Lubin: Camp is almost over. This is the last week of camp. Fight week, we’re just putting the final touches on things. We’re still going to the gym. I will be headed there soon. Honestly, I’m anxious, I’m excited, and I can’t wait. I’m just chillin. I’m on weight already. I’m ready.

Zenger: For anyone that’s never seen you fight, what can they expect on April 9th?

Lubin: To me, if they never seen me fight. They can expect a dominant performance by me. They are in for a treat.

Zenger: Kevin Cunningham is a film study guy, do you let him handle all of the film study, or have you watched a little bit of Fundora to get a handle on his tendencies?

Lubin: I definitely watch my opponents. I don’t watch too much of it. I don’t just sit there every night and watch them. Me and Kevin sit down and watch them together sometimes, but I think I’ve seen enough.

Zenger: With a dominant performance on Saturday night, where does that place you within the division? What would you like a dominant win against an unbeaten opponent to do for your career?

Zenger: I appreciate the time. Good luck to you on Saturday night. Anything else you want to add before I let you go?

Lubin: Thank you! Everybody tune-in on Saturday, April 9th, “Hammertime” on Showtime.

«Previous Post
Jerome Featherstone Jr. Fights On For Family Glory »Next Post
Together Again: Derrick James Will Be In Errol Spence’s Corner For Title Bout