CPW officials said the young bull elk was tangled up in tarpaulin and was stuck in a ditch in distress.
By Lee Bullen April 7, 2022
Facebook
Twitter
Linkedin
Email 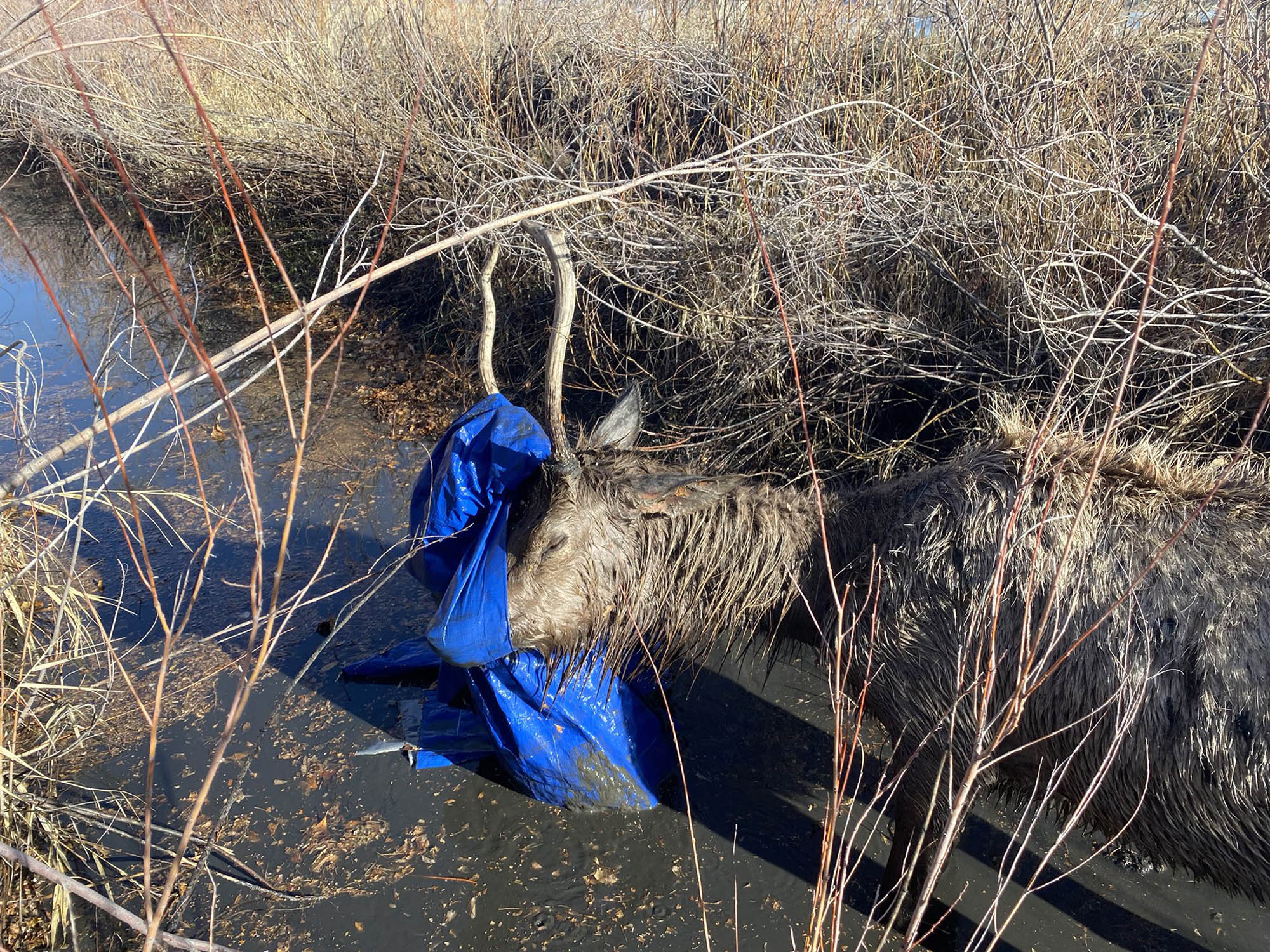 Colorado wildlife officers rescue tarp-entangled elk in a ditch with its head entangled in a tarp in Colorado, USA. (@CPW_NE/Zenger)

A distressed elk trapped in a sheet of plastic by its antlers was freed by kind-hearted park rangers.

Officials say the stricken creature could have drowned from water trapped in the tarpaulin if it had not been cut free.

Footage of the rescue shows the ragged-looking elk with one antler piercing a blue plastic sheet.

A corner of the tarpaulin is stretched across the animal’s snout with water from a ditch apparently trapped inside.

The Northeast (NE) Region of Colorado Parks and Wildlife (CPW) said the elk was rescued on the west side of the municipality of Loveland, in Larimer County, in the US state of Colorado, on 4th April.

CPW officials said the young bull elk was tangled up in tarpaulin and was stuck in a ditch in distress.

The plastic covering was so twisted around the animal’s nose and antler that the CPW rangers had to cut it with a knife on the end of a pole.

Rangers first helped the elk to breathe by cutting the tarpaulin from its nose and mouth before removing the rest of the covering.

The CPW NE Region shared footage of the entangled elk with the message: “Monday on the west side of Loveland, wildlife officers rescued this young bull elk that was entangled in a tarp and stuck in a ditch.

“The tarp was so twisted that wildlife officers ended up cutting it with a knife on a pole near his face to relieve his nose & mouth.

“When the elk pulled against the tarp it would just cinch up around his muzzle. If you listen closely on this video you can hear him blowing bubbles in the water (and potentially inhaling it).”

The CPW added: “But it all worked out and wildlife officers were able to cut him free.

“They noted that the elk would be just fine and were thankful of the resident who reported it so they could free it.”

It is categorized by the International Union for Conservation of Nature as a species of least concern, meaning the species is plentiful in the wild.