Something To Shellebrate: Ruined Oyster Reefs Can Be Restored Say Experts 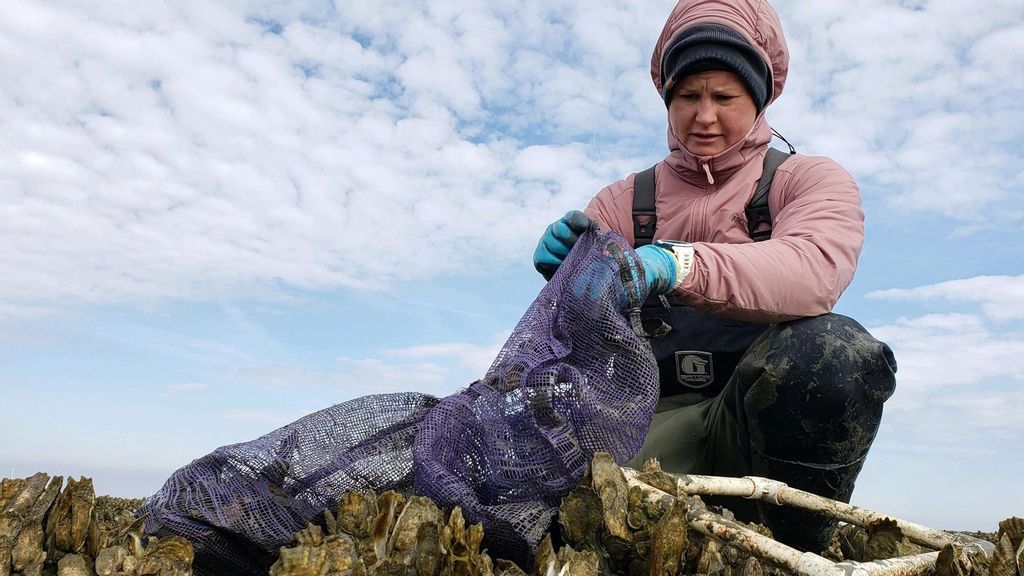 Brittany Collins of The Nature Conservancy measures oysters and crabs on 10th of February 2021, on a restored reef in the Hillcrest Oyster Sanctuary. (Bo Lusk/Zenger).

Oyster reefs almost wiped out by centuries of neglect can be restored in just six years, say marine experts at the University of Virginia.

And even ‘functionally extinct’ reefs that have lost up to 85 percent of their population can come back quickly, the study reveals.

The study – conducted in a partnership with Virginian environmental experts Nature Conservancy – reveals that restored reefs can, after six years of care, match the populations of natural reef oysters.

Oyster reefs form on coasts, along tidal flats and sand bars, creating a natural barrier protecting the shore from erosion, if they are healthy enough to do so.

But over-harvesting and disease have devastated oyster populations over the last two centuries.

The study says that numerous wild oyster populations are now considered to be “functionally extinct” as a result.

The study was co-authored by University of Virginia Assistant Professor Max Castorani, an ecologist who studies spatial patterns and processes in population and community ecology, working primarily in coastal marine ecosystems.

The study explains that as reefs “matured and accrued biomass, they became more temporally stable, suggesting that restoration can increase resilience and may stabilize those ecosystem processes that scale with foundation species biomass”.

The promising results are good news for fans of oysters, which are often consumed raw as a culinary delicacy.

Oysters are also a great way to clean polluted water, as they filter out pollutants, with only clean water remaining.

The study was published in the academic journal Society for Conservation Biology just hours after the United Nations (UN) released a new report on climate change, on Monday, 4th April.

UN Secretary-General Antonio Guterres said the report indicates “that harmful carbon emissions from 2010-2019 have never been higher in human history” and that it is “proof that the world is on a ‘fast track’ to disaster”.

The UN said that scientists say “that it’s ‘now or never’ to limit global warming to 1.5 degrees”.