The city is located at the bottom of Lake Atitlan, in the Solola Department, near the town of Panajachel.
By Joseph Golder April 6, 2022
Facebook
Twitter
Linkedin
Email 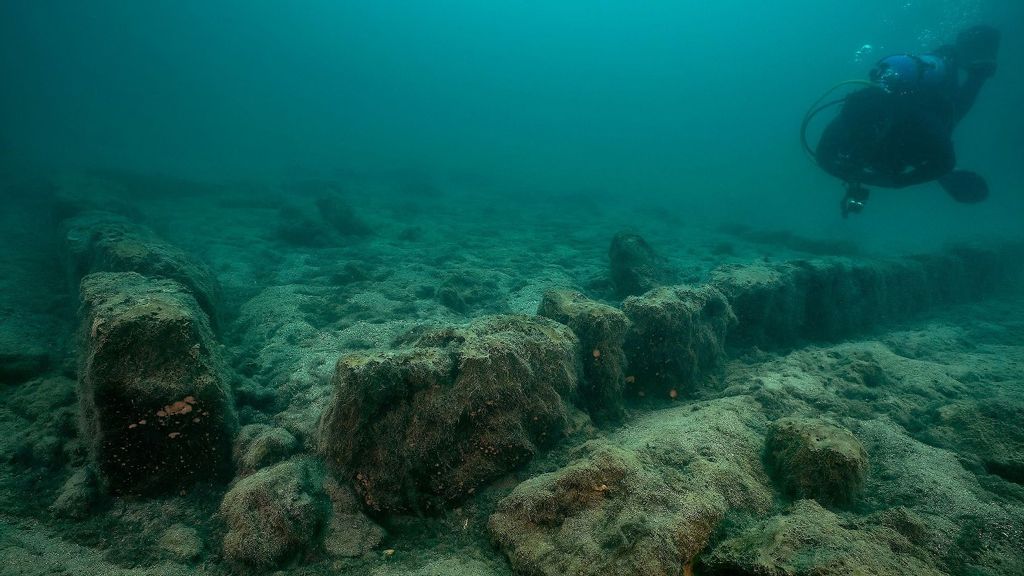 The exploration of a submerged archaeological site of a complex Mayan city by experts in Lake Atitlan, Guatemala. (INAH/Zenger)

An international team of experts has explored the 2,000-year-old sunken Mayan city of Atitlan and declared it a UNESCO World Heritage site.

The Mexican National Institute for Anthropology and History (Instituto Nacional de Antropologia e Historia; INAH) said in a statement obtained by Zenger News that the city dates back to “the Late Preclassic period (400 BC-250 AD)”.

It is located at the bottom of Lake Atitlan, a large body of water located inside a massive volcanic crater in Guatemala’s south-western highlands, in the Solola Department, near the town of Panajachel.

The INAH said that the “Mayan settlement occupied the islet that existed within the lake, which was engulfed by the waters”.

They said that hundreds of years ago, in the middle of Lake Atitlan, “a complex Mayan city was established” where temples and squares were built along with houses and other buildings.

But eventually, the whole city was submerged. They said that “the same waters that gave it sustenance began to sink it.”

And now it is being explored by international experts from the Mission of the Scientific and Technical Advisory Board (STAB) of the 2001 UNESCO Convention on the Protection of Underwater Cultural Heritage.

The exploration began on 14th March and ended on 3rd April under the auspices of the head of the Yucatan Peninsula Office of the INAH Subdirectorate of Underwater Archaeology (SAS), Helena Barba Meinecke, who sought to “make the site visible through virtual and non-invasive technologies”.

The aim is to “promote its conservation and respect for its sacred character for the indigenous communities of the region.”

A series of dives were carried out to “georeference the archaeological context, specifying data collected in previous years by Guatemalan archaeologists, as well as to create photogrammetric models and develop virtual tours that bring it closer to the community and external visitors.”

Eventually, there are plans to build a “cultural center where people get to know and tour the site through digital reconstructions.”

As well as the technological challenges, there were also anthropological efforts, in which local members of the community joined in the day-to-day of the mission.

The INAH explained: “As a result of this dialogue, permission was obtained from the ancestral authorities to carry out the studies and to carry out petition ceremonies for the ancestors who inhabit the lake and the submerged city.”

UNESCO and other cultural bodies have reportedly promised not to remove any archaeological artifacts from the sacred site.

They “promised to generate the necessary information to achieve the enhancement of the submerged site, respecting the agreements with the community not to recover any archaeological piece, given the sacred nature of the lake and its remains.”

The site, which is submerged at a depth of between 12 and 20 meters features numerous buildings, stelae, and structures, which have now been geolocated using specialist equipment, “thus generating a new planimetric map and remote sensing of a large part of the lake.”

Helena Barba Meinecke said: “With this planimetry, we can speak of a site that measures at least 200 by 300 meters.”

Guatemalan underwater archaeologists are being trained to look after the site and will be responsible for resuming the explorations and investigations in the lake.

The current hypothesis about the collapse of the island is that, since Lake Atitlan is the crater of a volcano that rises more than 1,500 meters above sea level, “it could have been a natural event linked to volcanic activity that caused it to collapse.”

The island is thought to have collapsed with its lower part being submerged first, “simultaneously raising the water level and forcing the inhabitants to flee.”

The INAH added: “It should be noted that currently the archaeological site is preserved thanks to the vigilance of the inhabitants of Santiago Atitlan and the towns near the lake, in addition, irregular diving in it is prohibited by the Government of Guatemala.”

The participants in the mission were: Ulrike Guerin, from the Secretariat of the UNESCO 2001 Convention; Maria Fernanda Castellanos, on behalf of UNESCO Guatemala; Helena Barba Meinecke (head of the Mission, Mexico) and Dolores Elkin (Argentina), members of the STAB; and researchers Christophe Delaere, Felipe Cerezo and Teddy Seguin, from Belgium, Spain and France, respectively.