Fries The Limit: Russian Fighter-Bomber Jet Down In Flames

The Sukhoi Su-34 was first developed for the Soviet Union,with an initial flight in 1990.
By Joseph Golder April 6, 2022
Facebook
Twitter
Linkedin
Email 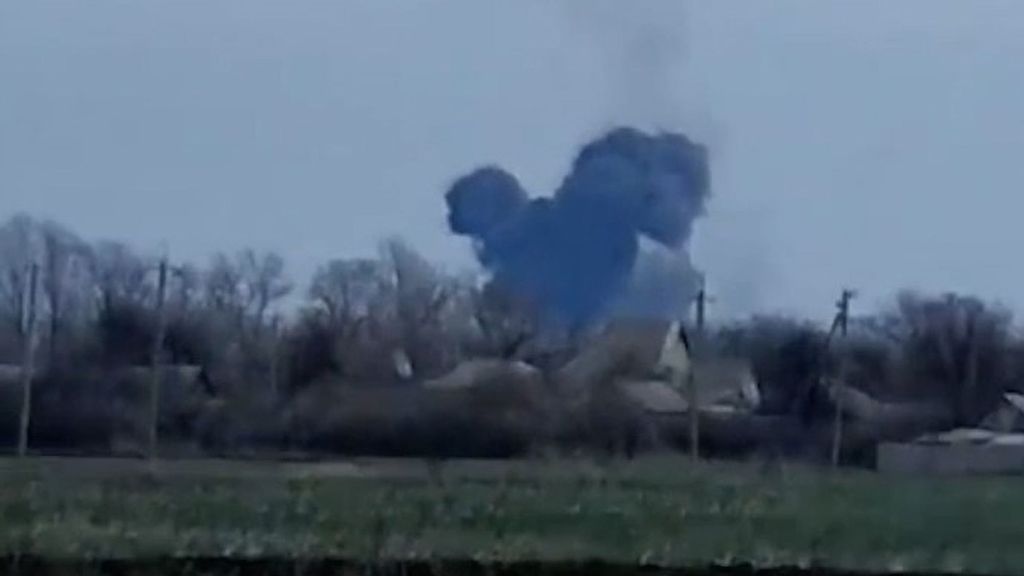 Ukrainian troops shot down another Su-34 fighter-bomber in Kharkiv region in April 2022. (@GeneralStaffZSU/Zenger).

Ukrainian anti-aircraft forces claim to have downed another Russian fighter-bomber jet, worth GBP 28 million, during heavy fighting in the east of the country.

Footage of the attack – released by Ukrainian officials – shows what is reported to be a Sukhoi Su-34 plunging to Earth, leaving a trail of smoke behind it.

As it hits the ground near Kharkiv, a huge plume of dark smoke rises into the sky as the jet apparently explodes on impact.

The Kharkiv region has been under intense bombardment from Russia aircraft.

An additional image claims to show the downed aircraft burned and broken in a field.

The images were also released by the General Staff of the Armed Forces of Ukraine, which later followed up with an image apparently showing the destroyed aircraft and another statement reiterating that anti-aircraft missile forces had shot down the Russian fighter-bomber.

The Ukrainian military also released audio, which it says was intercepted and which reportedly reveals the Russians in the jet discussing a fire inside the aircraft immediately after being attacked, and agreeing to leave the area shortly before their plane falls to the ground.

The Sukhoi Su-34, reportedly worth USD 36 million (GBP 27.4 million; EUR 32.6 million), was first developed for the Soviet Union, with an initial flight in 1990. It finally entered formal service in the Russian Federation’s Air Force in 2014.

While it is unclear if it was already in use by Russia in 2008 in the Russia-Georgia war, when Russia invaded its southern neighbor, its use in the Syrian Civil War by Russia in 2015 was widely reported.

The Ukrainian Ministry of Defense currently claims Ukrainian forces have inflicted massive losses on Russia, saying they have now killed roughly 18,000 soldiers and destroyed 644 tanks, as well as 1,830 armored vehicles. It also claims they have downed 143 warplanes and 134 helicopters. This is as of Sunday, 3rd April.

It also specifies that these numbers are by no means final, with intense fighting making it difficult to assess an accurate number for the time being and with further information expected to follow.

The Ukrainian city of Kharkiv has been subject to an intense bombing campaign by Russia, which has seen an untold number of civilians killed and buildings destroyed.