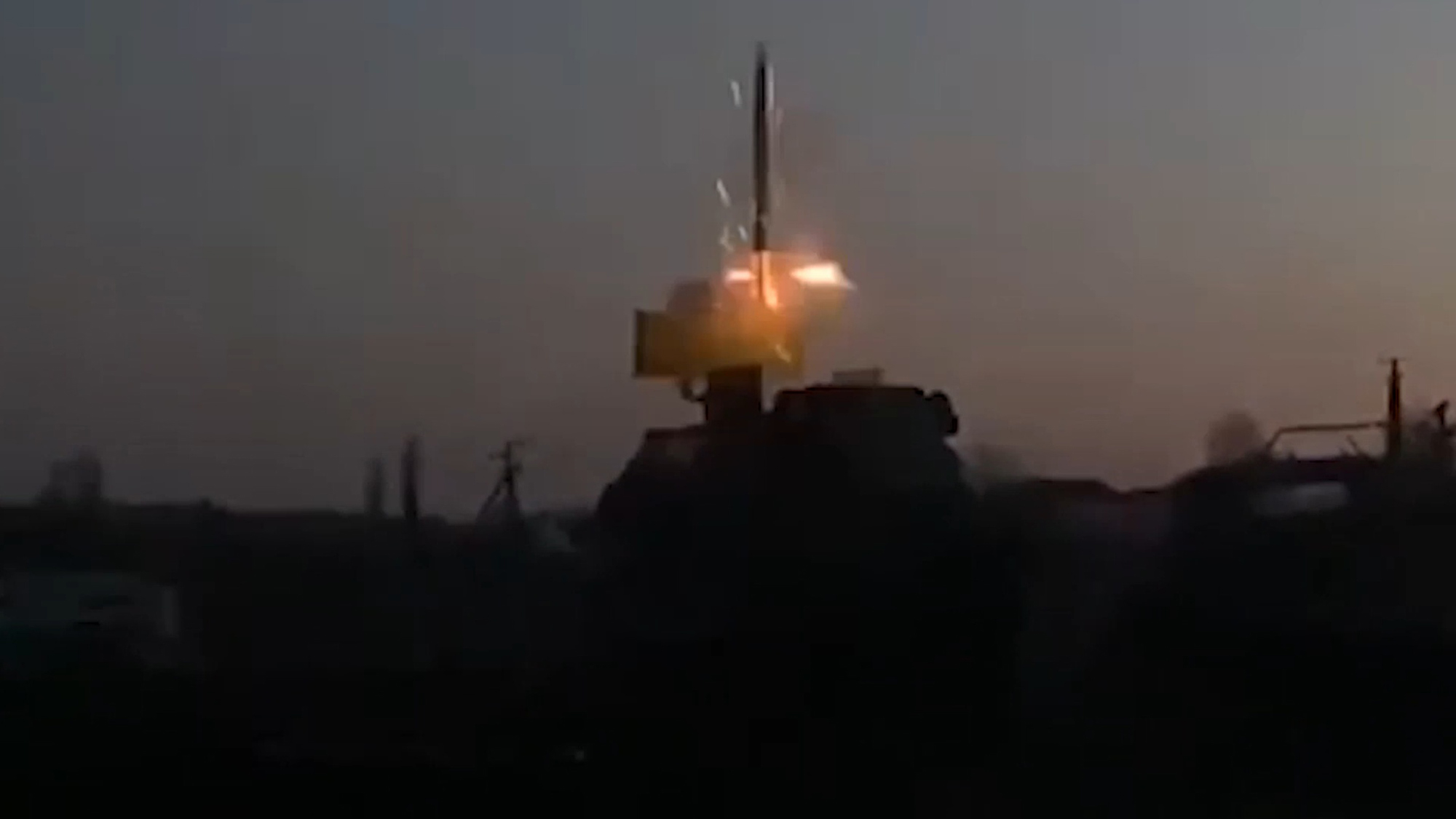 The destruction of the Bayraktar unmanned aerial vehicle by the crew of the Tor tactical anti-aircraft missile system. (@mil/Zenger)

These images show Russia showing off its Tor air defence system amid claims that it shot down Bayraktar drones used by Ukraine and manufactured by NATO member Turkey.

The images show a military vehicle launching a missile into the sky, where it appears to hit an airborne target.

The images then show a man in military uniform in front of a military vehicle speaking in Russian.

The man can be seen apparently explaining how the machine works as the footage ends.

The Russian state-owned domestic news agency RIA Novosti carried the images as well, quoting a man named only as “Sergey, commander of the Tor air defence system” as saying: “During the special operation in Ukraine, we carried out 20 launches. Eleven drones of various types were shot down, seven of which are the overhyped Bayraktar.”

The Tor missile system was originally developed by the Soviet Union and current versions built by the Russian Federation launch surface-to-air missiles at short range, and are primarily used to destroy helicopters, aeroplanes, other missiles and UAVs (Unmanned Aerial Vehicles).

Zenger News has not been able to independently verify the authenticity of the footage or the claims in Russian media.

Russia has been hit with the harshest sanctions Western powers have ever inflicted on the country over its invasion of Ukraine, which has been ruled illegal by the United Nations’ International Court of Justice (ICJ) in The Hague, in the Netherlands.

The ICJ ordered Russia to halt its invasion of Ukraine and remove its troops. Russia has ignored this order.

The tribunal proposal has also been signed by other figures, including Ukrainian Foreign Minister Dmytro Kuleba and American lawyer Benjamin Ferencz, who is 102 years old and who prosecuted Nazi war criminals during the Nuremberg Trials after Adolf Hitler’s defeat.

Ferencz obtained death sentences against members of SS mobile death squads called the Einsatzgruppen who committed atrocities in Eastern Europe between 1941 and 1945, killing 2 million people, 1.3 million of them Jews.

US President Joe Biden also called for Putin to be put on trial for war crimes on Monday, 4th April.