Scientists Solve Mystery Of The Origins Of Warlike Ancient Tribe

The Pannonian Avars were best known for their devastating raids during the Avar-Byzantine wars from 568 to 626.
By Georgina Jadikovskaall April 5, 2022
Facebook
Twitter
Linkedin
Email 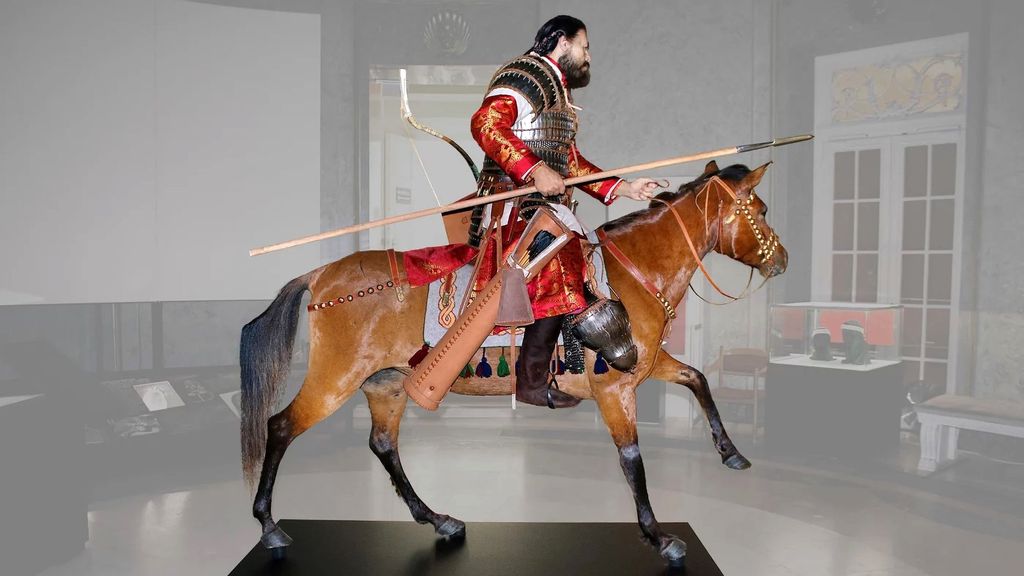 Reconstruction of an Avar-period armoured horseman based on Grave 1341/1503 of the Derecske-Bikas-dulo site in the Deri Museum located in the Hungarian city of Debrecen. (Ilona C. Kiss/Zenger)

Scientists have solved a 1,400-year-old mystery concerning the genetic background of the Avar civilization by evaluating DNA samples of over 60 individuals discovered in elite graves.

Researchers who analyzed the first ancient genomes from key sites in Hungary found evidence that supports the idea of the Avars descending from a core elite of Mongolians.

According to the multidisciplinary team consisting of geneticists, archaeologists and historians, the study provides genetic evidence for one of the largest and most rapid long-distance migrations in ancient history.

The Pannonian Avars – also known as the Obri or the Pseudo-Avars – were best known for their devastating raids during the Avar-Byzantine wars from 568 to 626.

Despite establishing an empire in the 560s that lasted over two centuries in the Carpathian Basin, in Central Europe, the Avars’ origin has puzzled researchers for years, as they were mostly referenced in Byzantine historical sources.

The study focused on 66 individuals from graves of rich Avar individuals unearthed in the Carpathian Basin.

Johannes Krause, senior author of the study, told Newsflash: “We address a question that has been a mystery for over 1,400 years: who were the Avar elites, the mysterious founders of an empire that almost crushed Constantinople and for over 200 years ruled the lands of modern-day Hungary, Romania, Slovakia, Austria, Croatia, and Serbia?”

Co-senior author of the study, Choongwon Jeong, said the Avars did not leave any written records about their history and that the genome-based research provides an insight into their background.

Jeong explained: “The historical contextualization of the archaeogenetic results allowed us to narrow down the timing of the proposed Avar migration.

“They covered over 5,000 kilometers in a few years from Mongolia to the Caucasus, and after 10 more years settled in what is now Hungary. This is the fastest long-distance migration in human history that we can reconstruct up to this point.”

Lead author Guido Gnecchi-Ruscone said: “Besides their clear affinity to Northeast Asia and their likely origin due to the fall of the Rouran Empire, we see that the 7th-century Avar elites show 20 to 30 percent of additional non-local ancestry, probably associated with the North Caucasus and the Western Asian Steppe, which could suggest further migration from the Steppe after their arrival in the 6th century.”

Their East Asian ancestry is mostly found in individuals from several sites in the core settlement area, between the Danube and Tisza rivers, in central Hungary.

The Max Planck Institute reported: “Outside the primary settlement region, we find high variability in inter-individual levels of admixture, especially in the south-Hungarian site of Kolked. This suggests a migrant elite of Avars ruling over a diverse population with the help of a heterogeneous local elite.”

The study is a part of an ERC-funded project investigating the period of 400 to 900 CE in the Carpathian Basin from a multidisciplinary perspective known as HistoGenes.

The study was published in the peer-reviewed journal ‘Cell’ on 1st April.