In God Wee Trust: Man Drove Over Lawn To Pee On Church Doors

Investigators are seeking a motorist who urinated on a Jehovah's Witnesses church, in the city of Santee.
By Lee Bullen April 5, 2022
Facebook
Twitter
Linkedin
Email 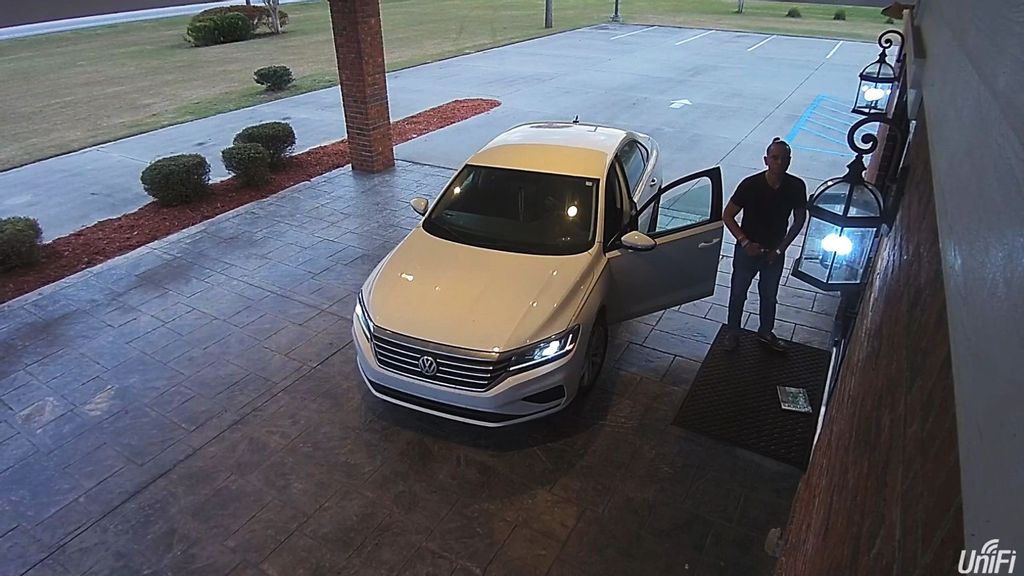 A man who drove to the front door of a Jehovah’s Witnesses church so he could pee on it is being hunted by police.

Baffling CCTV footage of the stunt shows the man driving across the church lawn to park under a portico.

He then drops what appear to be magazines on the floor before unzipping his jeans to wee on the door, say police.

The incident took place at the Kingdom Hall of Jehovah’s Witnesses, in the city of Santee, in Orangeburg County, in the US state of South Carolina, on 3rd April.

The Orangeburg County Sheriff’s Office (OCSO) said on 4th April: “Sheriff Leroy Ravenell announced that investigators are seeking a motorist who urinated on a church’s doors Sunday after driving over the grass and onto the property.”

Describing the footage, the police said: “Security video from the Highway 301 and Hollis Road facility depicts a white Volkswagen, possibly a Jetta, drive onto the front grass and up to the front doors under a covered structure.

“A white male with a ‘man bun’ and wearing a dark shirt and blue jeans places various materials around the front door after he exits the vehicle.

“Edited for decency, the video then depicts the male urinating on the front doors before re-entering the vehicle.”

In the video, the suspect is then seen driving through the church’s chain gate, knocking it down.

Sheriff Leroy Ravenell said about the incident: “This is the utmost display of disrespect in this one single act. It’s incomprehensible at times how much animosity some people have toward entities that only show love and compassion.”

The police have urged the public to come forwards with information on the suspect, adding: “Callers can also submit their tips to Crimestoppers from your smart phone or other mobile device by using the P3 Tips app.”

The Jehovah’s Witnesses are members of a millennialist denomination that developed within the larger 19th-century Adventist movement in the United States. There are an estimated 1.3 million members in the USA and almost 8.7 million worldwide.