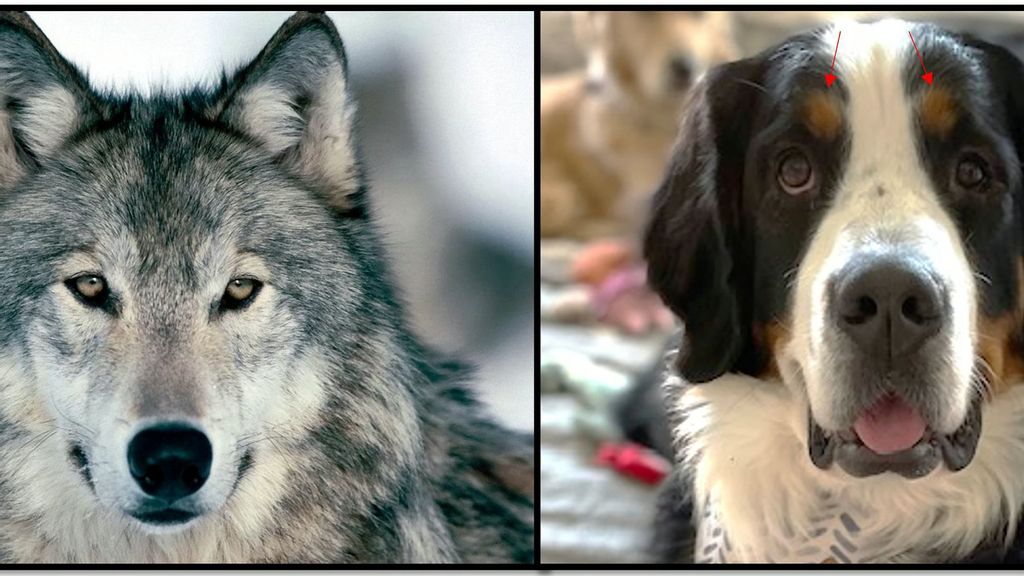 Dogs were selectively bred by humans thousands of years ago to achieve the perfect puppy dog eyes, according to a new study. (Steve Chatterley/Zenger)

Dogs were selectively bred by humans thousands of years ago to achieve the perfect “puppy dog eyes”, according to a new study.

Adoring and pleading expressions in dogs are actually intended so they can make more human-like faces say, scientists.

The more they pull off that “puppy dog eye” trick, they were not only given more treats but bred in order to keep that desirable trait going.

This trait to form facial expressions was achieved through thousands of years of selective breeding.

In humans, these muscles are dominated by “fast-twitch” myosin fibres that contract quickly but also fatigue quickly, which explains why we can form facial expressions rapidly but not hold them for long.

For the study, researchers compared the myosin fibres in facial muscle samples from wolves and domesticated dogs.

The results revealed that, like humans, both dogs and wolves have facial muscles that are dominated by fast-twitch fibres, but wolves have a higher percentage of slow-twitch fibres relative to dogs.

Slow-twitch fibres, on the other hand, are important for extended muscle movements such as those wolves use when howling.

Dogs also have an additional muscle that is absent in wolves and contributes to the “puppy-dog eye” expression”.

Professor Anne Burrows, at Duquesne University in Pittsburgh, said: “Dogs are unique from other mammals in their reciprocated bond with humans which can be demonstrated through mutual gaze, something we do not observe between humans and other domesticated mammals such as horses or cats.

“Our preliminary findings provide a deeper understanding of the role facial expressions play in dog-human interactions and communication.”

“These differences suggest that having faster muscle fibres contributes to a dog’s ability to communicate effectively with people.

“Throughout the domestication process, humans may have bred dogs selectively based on facial expressions that were similar to their own, and over time dog muscles could have evolved to become ‘faster,’ further benefiting communication between dogs and humans.”

The research was presented at the American Association for Anatomy at the Experimental Biology annual meeting.

«Previous Post
American Doctor Flew With His Sick Dog 8,000 Miles To The UK And Back For Life-Saving Heart Surgery»Next Post
Scientists Solve Mystery Of The Origins Of Warlike Ancient Tribe