Cop For Kids: Ukraine Cop Offers Himself Up As Hostage For Russians In Exchange For Mariupols Kids

Vyacheslav Abroskin has slammed the Russians for not taking him up as a hostage in exchange for freeing the kids of Mariupol.
By Joseph Golder April 5, 2022
Facebook
Twitter
Linkedin
Email 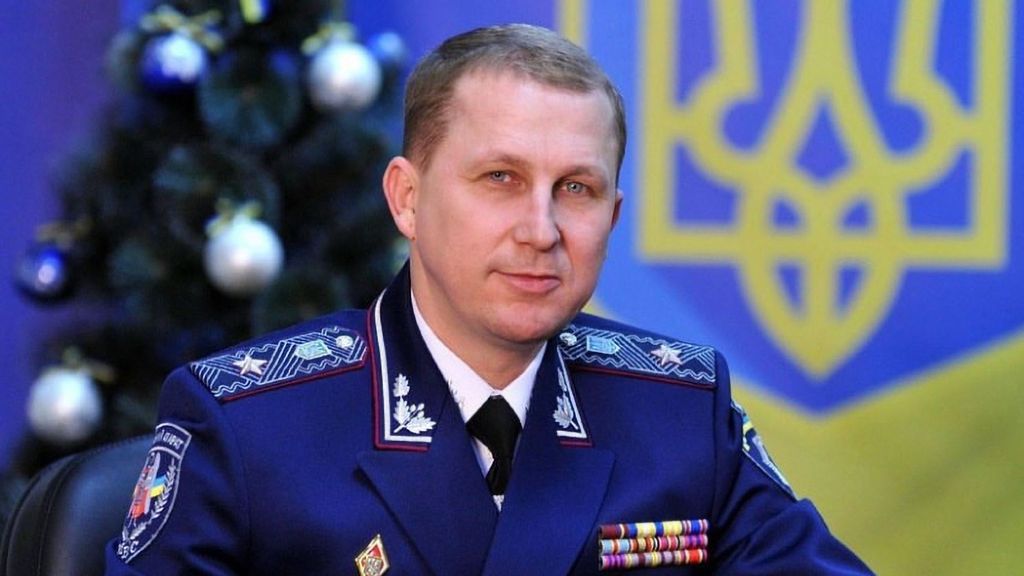 Ukrainian general Vyacheslav Abroskin (pictured) has offered himself as a hostage to Russian troops in exchange for the evacuation of children in Mariupol.  (@v_abroskin/Zenger)

Ukraine’s former First Deputy Director-General of the National Police, Vyacheslav Abroskin, has slammed the Russians for not taking him up on his offer to become their hostage in exchange for freeing the kids of Mariupol.

The besieged city of Mariupol, of which an estimated 80 to 90 percent has been destroyed, according to the Ukrainian government, is located on the north coast of the Sea of Azov, in eastern Ukraine.

It has become a familiar fixture in international headlines since the beginning of Russia’s invasion of Ukraine, after it was, according to the Ukrainian authorities, the subject of constant shelling by Russian forces, with a children’s hospital and a maternity ward destroyed. Doctors Without Borders representative Alex Wade was among those who warned of the catastrophic situation there.

Abroskin, whose verified Facebook account lists him as the “former First Deputy Director-General of the National Police” and who has been referred to in local media as a “police general”, said on Facebook on Thursday, 24th March (in English): “Even before the war began, I promised the residents of the city that in the event of the war, together with Azov, I would defend Mariupol.

“It turned out that I met the war in Odessa, for some reason I was sure that this direction was important for the Russian occupiers, but I was wrong.

“There are many children left in a completely destroyed city today, who, if not saved now, will die in the coming days, time is running out.

“I appeal to the Russian occupants – give me the opportunity to get children out of Mariupol, instead of living children I offer myself.”

He added that he would spend three days collecting kids in the city and that when they were ready to evacuate them, he would stay as a hostage, saying: “I am a police general who directly organized a protest against you on Donetschin from 2014 to 2018.

“I’m included in your sanction list. I’m in your search. You arranged an attempt on me to eliminate.”

He also said: “I am exactly that general who is, perhaps, closest to the famous regiment ‘Azov’.”

And he concluded: “My life belongs to me alone and I offer it in exchange for the lives of children who still remain in Mariupol.”

But later, Abroskin said that the Russians were not interested in his offer, saying: “Russian fascists continue to kill and mock our children. I offered myself in exchange for our children, but I guess not enough, maniacs always need a number of victims.”

The Azov Regiment, also known as the Azov Battalion, is a group of soldiers who were officially incorporated into the National Guard of Ukraine in 2014 after recapturing Mariupol from pro-Russian separatists in June that year.

It began as a group with significant far-right, neo-Nazi elements and as an urban militia and a political party. It has since expanded and, through service to Ukraine, has been incorporated into the Armed Forces. Azov, on a national level, failed in past elections to win any seats in the Ukrainian parliament via its political branch.

But Russian President Vladimir Putin appears to have capitalized on the presence of this group in eastern Ukraine to announce his so-called “special military operation” to “denazify Ukraine”, apparently painting the whole country with the same brush as this regiment, despite Ukraine’s President, Volodymyr Zelenskyy, being Jewish and the descendant of a man who lost his three siblings to the Nazis.

An increasing number of statements from Ukrainian officials and media reports state that Russian forces are forcibly ‘evacuating’ people from Mariupol to Russia.

The United Nations said on Friday, 1st April, that negotiations for the evacuation of the city’s residents had failed.

The UN said: “Efforts to help thousands of desperate residents flee the embattled Ukrainian city of Mariupol continued on Friday, as humanitarians warned that there is ‘no Plan B’, after weeks of constant shelling since the Russian invasion on 24 February.”

The UN then quoted Ewan Watson, a spokesperson for the International Committee of the Red Cross, as saying: “We remain hopeful, we are in action, moving towards Mariupol, that is obviously a good thing; but it is not yet clear that this will happen today.”

The UN added: “Just a few hours after expressing guarded optimism that the evacuation would take place, ICRC issued a press release, saying that its attempt on Friday had failed.”

There are still a reported 100,000 people trapped in the city.