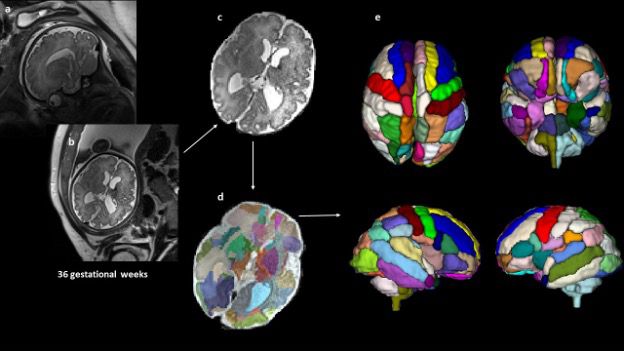 Brain differences linked to autism have been observed in the womb for the first time. (Simon Galloway/Zenger)

Brain differences linked to autism have been observed in the womb for the first time.

Harvard scientists have found children who were later diagnosed with the condition had different brain structures to those who are not when they have been in the womb for just 25 weeks.

The findings add to mounting evidence that autism begins early and will allow doctors to better treat the condition by diagnosing it when children are younger.

Scientists have not yet been able to understand what causes autism but both genetic and environmental factors are thought to play a part in its onset.

The condition can currently only be diagnosed when children are older than 18 months, but early treatment has been shown to improve the language and cognitive abilities of young ones with autism.

For the world first study, researchers analysed 39 MRI brain scans from foetuses taken at Boston Children’s Hospital in the US.

Mums were 25 weeks pregnant on average when the scans were taken.

Nine of the children later got autism, 10 ended up with other health conditions also observed in autistic children, but were never diagnosed as autistic and the other 20 kids ended up with normal brains.

The brain’s insular lobe was found to be significantly bigger in unborn babies who were later diagnosed with autism than those who were not.

The insula is a region found deep inside the brain and is believed to have a role in perceptual awareness, social behaviour and decision-making.

The amygdala and hippocampal commissure, which are both brain regions, were bigger in autistic children compared with children who had other health conditions but were not autistic.

The findings align with other recent studies which found changes to the insular cortex in autistic adults and suggest these differences may begin in the womb.

The study’s first author Dr Alpen Ortug said: “Earlier detection means better treatment. Our results suggest that an increased volume of the insular lobe could predict the emergence of autism later in life.

“Given that many genetic and environmental factors could affect the emergence of autism starting in the foetal stages, it is ideal to identify the earliest signature of brain abnormalities in prospective autism patients.

“To the best of our knowledge, this is the first attempt to semi-automatically segment the brain regions in the prenatal stage in patients who are diagnosed with autism later and compare different groups.”

Autism, which is called autism spectrum disorder by medics, is a complex developmental disorder that can cause people to struggle with communication, cognitive processing, emotional awareness and perception.

The findings were presented at the American Association for Anatomy annual meeting, which took place during the Experimental Biology 2022 meeting in Philadelphia, United States.