American Doctor Flew With His Sick Dog 8,000 Miles To The UK And Back For Life-Saving Heart Surgery 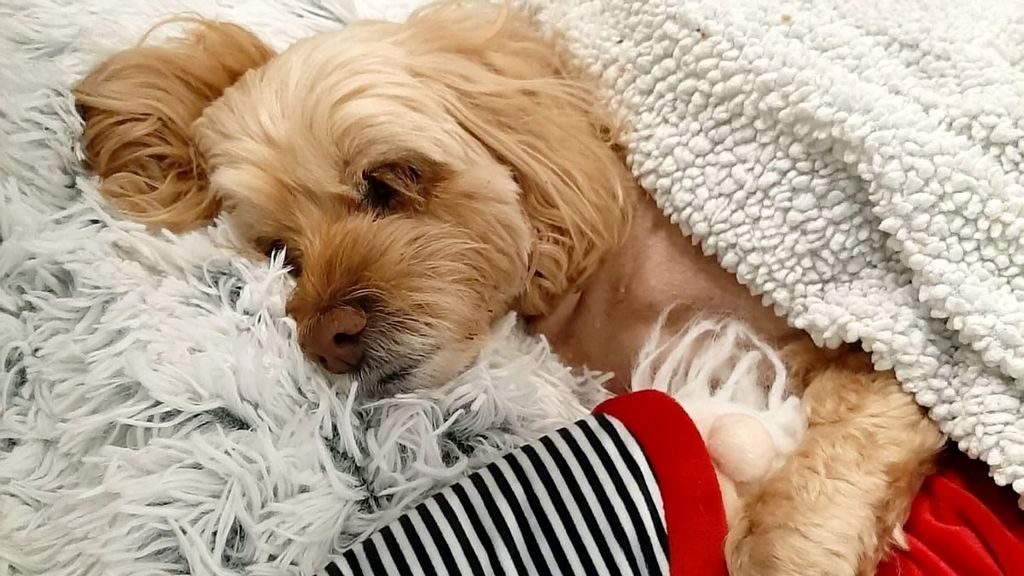 The 12-year-old pooch that was diagnosed with myxomatous mitral valve disease in Chicago, USA.  (Steve Chatterley/Zenger)

An American doctor spent thousands of pounds flying his sick dog 8,000 miles to the UK and back for life-saving heart surgery.

Dr Jeffrey Bernfield, 62, was told his Cockapoo Hula had a seriously enlarged heart which meant she was at risk from a fatal cardiac arrest.

The 12-year-old pooch was diagnosed with myxomatous mitral valve disease and vets in her home city of Chicago told Dr Bernfield the best treatment was available in the UK.

In a bid to save his beloved pet, the radiology specialist arranged for Hula to be flown 4,000 miles to a specialist heart vet in Cambridge.

Dr Bernfield was allowed to sit with Hula for the seven-hour flight to the UK last month.

Hula was then rushed to Linnaeus-owned Dick White Referrals who operated on her to repair her heart valve.

Dr Bernfield said: “I did a lot of research on where this kind of advanced surgery could be performed and the UK and Japan were the only two viable places.

“I decided the UK was a better option for Hula and me as it is a seven-hour flight rather than a 13-hour flight and obviously the people speak English, making communication easier.

“DWR’s Dr Poppy Bristow also has an excellent reputation as a skilled surgeon, doctor and person which sealed the decision.”

DWR’s head of cardiac surgery Poppy Bristow, who treated Hula, said: “Mitral valve disease is a progressively degenerative condition that affects a lot of middle-aged and older dogs and Hula was a very serious case.

“The first challenge was to stop her heart while we repaired her failing mitral valve.

“To do this safely we put her under cardiopulmonary bypass, where a machine
temporarily takes over the function of the heart and lungs during surgery.

“Only a handful of centres in the world are able to perform this type of surgery.

“Happily, Hula is back home in Chicago now and doing very well.

“She has experienced hardly any residual leakage and her heart is almost back to a normal size, having been extremely large prior to surgery.”

“She is no longer short of breath and her activity level is like it was five years ago. She is a different dog – and in a great way.”