Pit Of A Genius: Pit Bull Bando Can Rap, Use The Loo And Escape From Any Container

Brainy Bando can use the loo and wash his paws afterward, and can even do a mean Snoop Dogg impression.
By Arian Movileanu April 4, 2022
Facebook
Twitter
Linkedin
Email 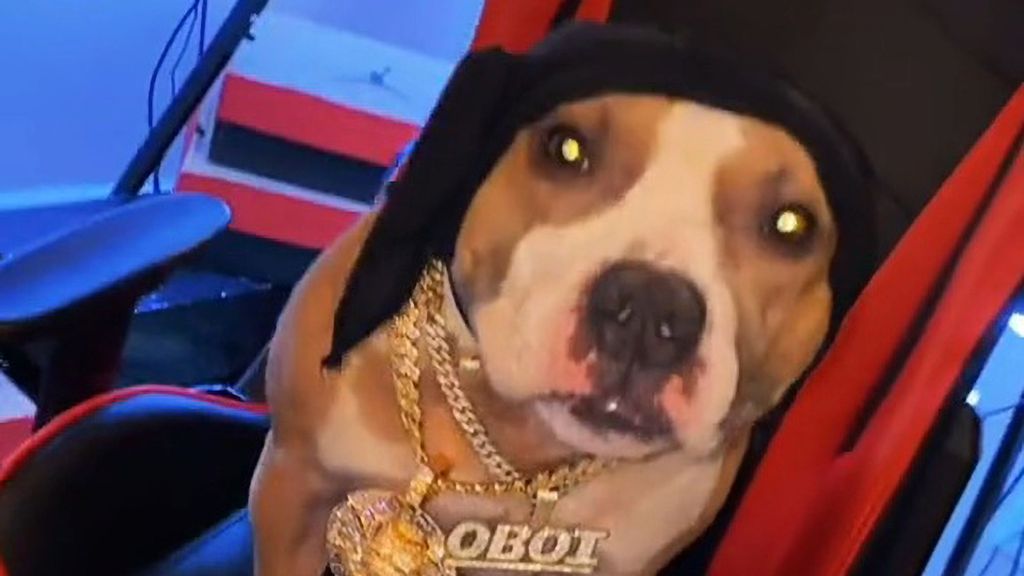 A pit bull genius has been amazing TikTok fans with his baffling range of tricks.

Brainy Bando can use the loo and wash his paws afterward, break out of any container, and – with a few props – can even do a mean Snoop Dogg impression.

In one video, which has 11 million views on TikTok, Bando can be seen breaking his own cage, before putting on an innocent face when caught.

In the second video, he can be seen sitting on a chair wearing gold chains, a medallion, and a headscarf, while chilling out to rap music.

In the next two videos, he can be seen playing hide-and-seek and also using the toilet, and washing his paws afterward.

Daniel told Zenger News he had bought Bando when he was just six months old from a local breeder.

When asked whether it was the first time he had escaped from his cage, Daniel said: “He has got out that cage more than I count. He a master escape artist.”

Daniel told Zenger News: “Bando is what you call a miracle dog – he is really the type of dog where you teach him one thing a day and he retains it for life.

“It only takes a few hours to teach him a new trick.”

Although some people consider pit bulls aggressive dogs, Daniel said: “Bando does not even know he has teeth. If there was a scale of aggression out of 10, he would be a minus 10.

“He is the most loving and kind dog to me and to other animals as well. I have never had a problem with him.”

Daniel added that his goal is to help health and animal organizations by raising awareness of their difficulties and by fundraising for them.

Pit bull is a term used in the United States for a type of dog descended from bulldogs and terriers.

Pit bull-type dogs have a controversial reputation as pets both in the United States and internationally, due to their history in dog fighting, the number of high-profile attacks documented in the media over decades, and their proclivity to latching on while biting. Proponents of the breed and advocates of regulation have engaged in a nature-versus-nurture debate over whether apparent aggressive tendencies in pit bulls may be appropriately attributed to owners’ care for the dog or inherent qualities.

Numerous advocacy organizations have sprung up in defense of the pit bull.