Ukrainian military said the attack was carried out by the 'Knights of the Winter Campaign'.
By Lee Bullen April 4, 2022
Facebook
Twitter
Linkedin
Email 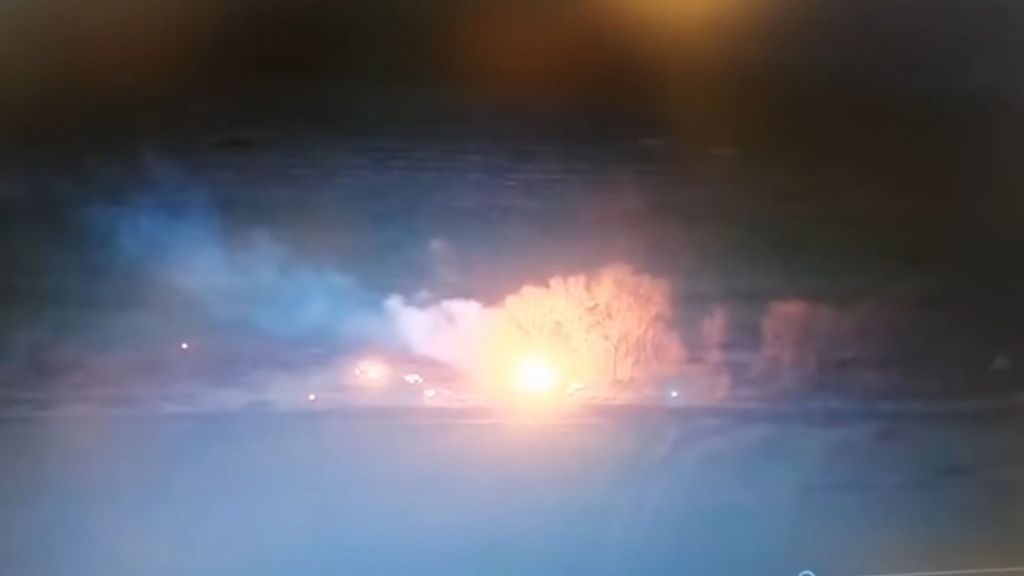 The Knights of the Winter Campaign roasting Russian equipment with Javelin. (Land forces of Ukraine/Zenger)

This is the moment Ukrainian soldiers reportedly fire British-made Javelin missiles at a Russian target and appear to blow it sky-high.

Zenger News obtained the footage from the Ukrainian Ground Forces on the morning of 4th April.

The Ukrainian military said the attack was carried out by members of the 5th Reserve Battalion of the 28th Regiment, known as the ‘Knights of the Winter Campaign’, using British-made Javelin surface-to-air-missiles.

The defending army shared the video with a message to their countrymen saying: “Good morning Ukraine! During the night, the 5th Reserve Battalion of the 28th Regiment, named after the Knights of the Winter Campaign, did a glorious job.”

The military added: “That’s how the Javelin hits. Glory to Ukraine!”

In the footage, apparently filmed in the early hours of this morning, a glowing Javelin missile is seen speeding through the air at a low altitude before seemingly hitting the target, sparking a huge explosion.

The Ukrainian Ground Forces did not say where the strike took place.

The footage comes just over a week after Ukrainian President Volodymyr Zelenskyy said UK Prime Minister Boris Johnson is “helping more” than other leaders in the resistance against Russia.

Mr Zelenskyy said France was more hesitant about sending weapons because it is “afraid of Russia” and that Germany “was making a mistake” in its attempt at a more balanced approach, due to its deeper economic ties with the world’s largest country.

The General Staff of the Armed Forces of Ukraine says that the total combat losses of the Russian military in that time stand at about 18,300 personnel.

News of the Russian Armed Forces’ alleged losses come as shocking images of corpses of Ukrainian civilians in the city of Bucha, in Kyiv Oblast (province), have emerged, leading to widespread condemnation of Russia.

The Kremlin has denied the allegations and is claiming the footage has been faked.