Police called to investigate the crash discovered the vehicle reeked of marijuana and found a loaded handgun and a stash of dope.
By Lee Bullen April 4, 2022
Facebook
Twitter
Linkedin
Email 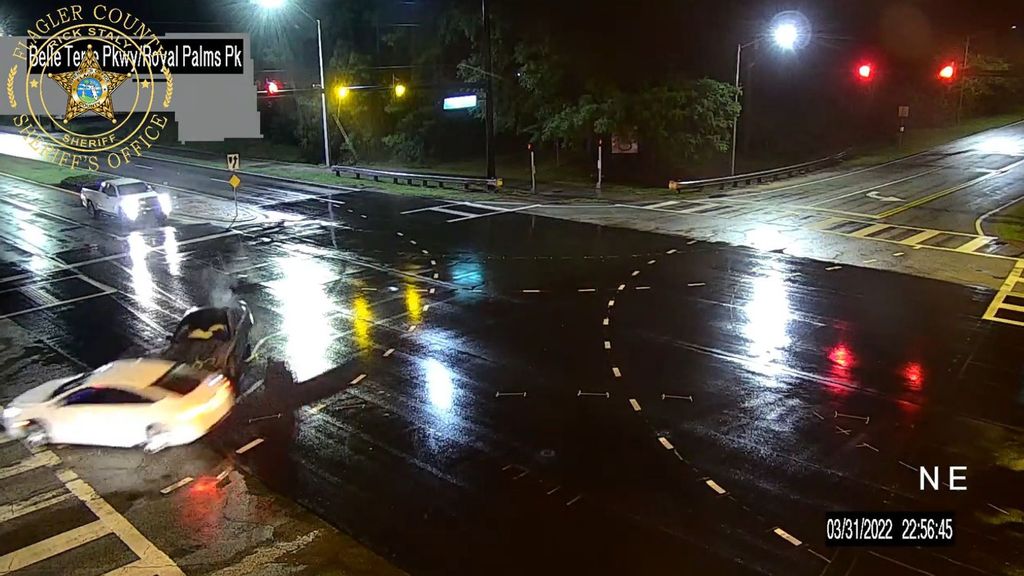 A driver who ran a red light was seized for drugs and firearms offenses after police searched his crashed car.

Police called to investigate the crash discovered the vehicle reeked of marijuana and then found a loaded handgun and a stash of dope.

A police video of the arrest shows officers discovering the Glock handgun from the suspect’s crashed car.

Flagler County Sheriff’s Office (FCSO), in the U.S. state of Florida, said in a statement on April 1: “A Palm Coast man is out of jail after posting a USD 10,500 bond this afternoon after an auto accident just before midnight Thursday.”

It added: “However, it wasn’t the fender bender at the intersection of Royal Palms Parkway and Belle Terre Parkway that led 26-year-old Danial Gavro Marashi to jail overnight; it was the four felony drug charges discovered during the crash investigation that sent him to the Green Roof Inn.”

“Deputies responded to the scene where Marashi’s white Chrysler ran a red light resulting in a crash with another vehicle,” said the police in a statement.

“While assessing the damage to Marashi’s vehicle, a deputy noticed an odor of marijuana, as well as spotting a handgun lying in plain view on the floorboard.”

“Although Marashi stated he had a concealed carry permit, no record of the permit was found.”

“With probable cause to search the vehicle, the deputies placed Marashi in handcuffs and began their search which led to the recovery of a Glock 19 handgun with a round loaded in the chamber, a magazine with an additional 19 rounds, a Pioneer 7.62 cal. rifle, 68.1 grams of marijuana, a glass pipe, two scales, a marijuana grinder, two THC vape cartridges and two oxycodone pills.”

Flagler County Sheriff Rick Staly said: “This dirtbag endangered the lives of others by running a red light.”

“He was also involved in a drug-related home invasion last year.”

“He came to our attention then and stayed on our radar. All I can say is karma! I commend our deputies for going beyond the crash investigation and arresting him.”

The police added: “His criminal history dates back to February 2016. The Port Orange Police Department and the Daytona Beach Police Department have both previously arrested Marashi in 2016 and 2019, respectively. Previous charges include Aggravated Assault with a Deadly Weapon, Battery, Possession of Drug Paraphernalia and Possession of Marijuana.”