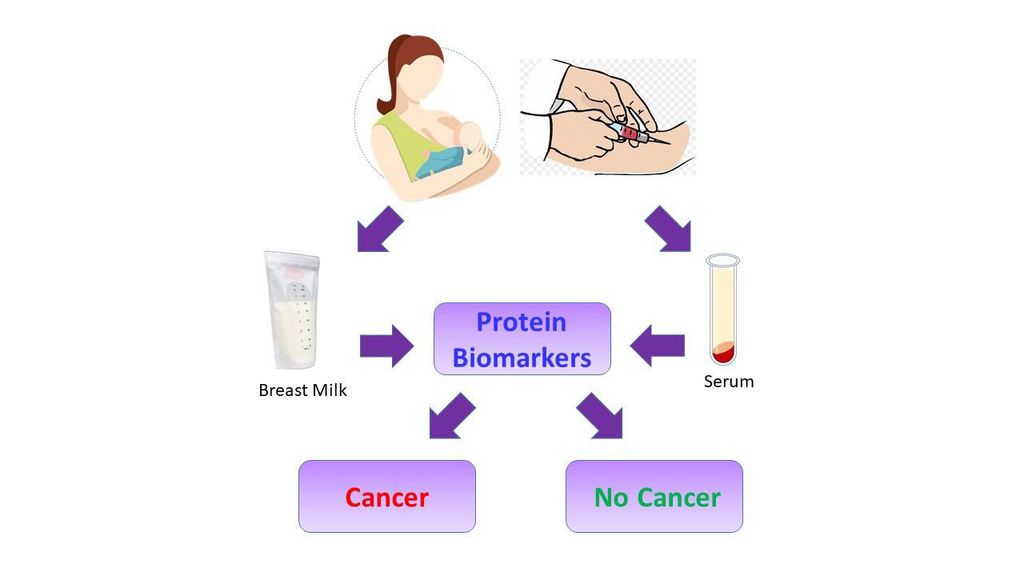 Breast cancer screening could be done via a blood test in the future following a major breakthrough. (Simon Galloway/Zenger)

Breast cancer screening could be done via a blood test in future following a major breakthrough.

Scientists say a simple blood test for women of all ages could one day be possible and consign mammograms to history after a new set of protein biomarkers was identified using human breast milk.

Study lead author Danielle Whitham, a doctoral candidate at Clarkson University in the United States, said: “Although mammograms are a useful tool for catching breast cancer early, they aren’t typically recommended for low-risk women under 40.

“Because the biomarkers we found in breast milk are also detectable in blood serum, screening could potentially be done in women of any age using blood or breast milk.”

The newly identified biomarkers are for a specific type of cancer called invasive ductal carcinoma (IDC), one of the most common types of breast cancers.

However, the researchers say that their approach could be used to identify biomarkers for other types of breast cancer.

Ms Whitham sad: “If our future studies are successful, it could change how women are monitored for breast cancer and aid in earlier diagnosis.

“This could even lead to a higher survival rate in women.”

For the study, breast milk samples were obtained from three women diagnosed with breast cancer and three women without cancer.

The researchers compared the relative levels of certain proteins between the two groups to identify differences in the women with cancer.

Their analysis revealed 23 proteins that were dysregulated. All the proteins that showed differences were previously shown to play a role in cancer or tumor development.

Ms Whitham said: “We used breast milk because it contains proteins, epithelial cells and immune cells, all of which provide a great deal of information about what is happening in a woman’s body during a crucial time in breast development.”

She said that now a biomarker set has been identified, the researchers plan to confirm it with a larger group of women. Then, they will test the protein biomarkers’ applicability in blood serum.

Ms Whitham added: “If those tests are successful, a blood test could be developed to be used on women of any age to monitor protein changes for detection of breast cancer.”

She is due to present the findings at the American Society for Biochemistry and Molecular Biology annual meeting in Philadelphia.

«Previous Post
Weight Off My Mind: Podgy Middle-Agers Have Higher Risk Of Dementia Says Study»Next Post
American Doctor Flew With His Sick Dog 8,000 Miles To The UK And Back For Life-Saving Heart Surgery