Simon Jackson has since left the company where he posted his new living arrangement.
By Lee Bullen April 1, 2022
Facebook
Twitter
Linkedin
Email 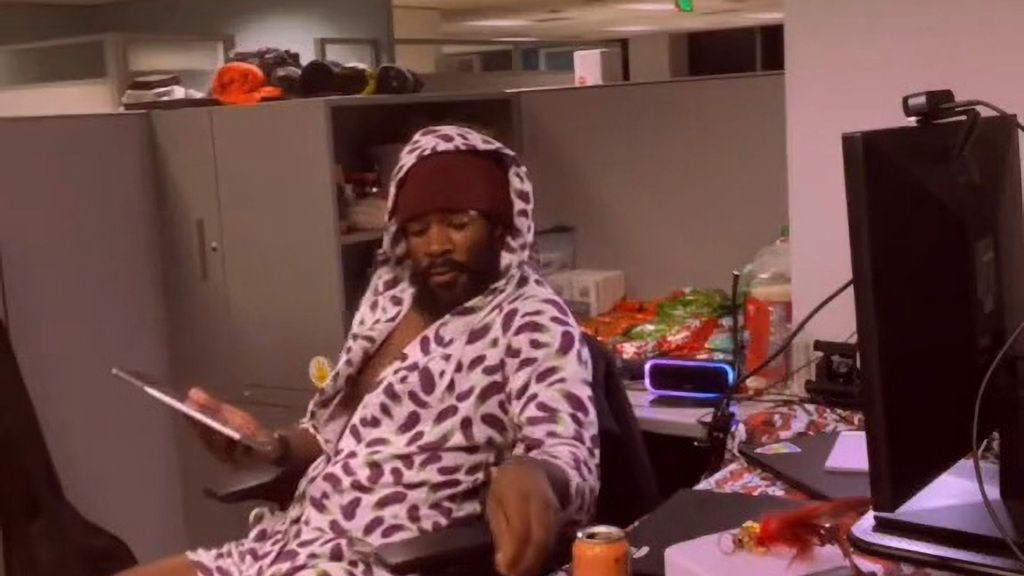 Simon Jackson moved into his cubicle at work earlier in March to protest his low salary and inability to afford an apartment. (@calm.simon/Zenger)

An office worker who went viral on TikTok for moving into his work cubicle to protest living costs has won a 3 percent pay raise for his workmates.

Simon Jackson, 28, made the announcement on his Calm Simon TikTok page, where he boasts 166,000 followers.

Earlier in March, Jackson went viral with nearly 17 million views when he moved into his office cubicle because he was too broke to afford his apartment. He said: “I am moving from my apartment and into my cubicle at work … They do not pay me enough to do both. So as a matter of protest, I am just going to live at my job. We’ll see how long I can get away with this.”

In an update this week, Jackson told Zenger “the CEO of Arcadis released an email yesterday saying that everyone in the company is getting a 3 percent raise in addition to merit increases.”

The TikToker also shared a screenshot of the email, telling his viewers in a video update: “You’re f**king welcome every g****m employee!”

The corporate email reads: “In recognition of our collective success and the challenging external environment, the Executive Leadership Team has decided to award an additional salary increase in 2022 to be payable in the next payroll run.”

The initial TikTok clip that kick-started events shows Simon unpacking his belongings into work shelves and office drawers at the Arcadis offices. He explained there are showers available in the company’s second building and that he keeps his food, mostly consisting of ham and pineapple, in the staff room fridge.

At the time, Jackson told Zenger he had “moved in” to his new home and sleeps under his desk. “I’ve saved money by living in my car in the past, but in my current city, I have no car… but I have a cubicle,” he said.

“I started this just to save money in between apartments, and I posted the TikTok mostly as a joke… then it blew up. As a way of saving money, it’s effective. I truly could do this for years if I wasn’t on social media.”

As for his stand against the cost of living crisis, Jackson said: “I can’t comment on the effectiveness of this as a protest just yet, time will tell.” However, he called the subsequent pay increase “trash,” as inflation is currently at 8 percent, telling the company to “do better.”

Jackson, who has since left the company, said he “sacrificed myself for y’all” and “may never work in the corporate field again.” But he is happy that his actions led to a pay hike.

«Previous Post
Tough Nut: Hero Firefighter Who Rescued Wife From Ukraine Shrugs Off Shrapnel In Head»Next Post
Pit Of A Genius: Pit Bull Bando Can Rap, Use The Loo And Escape From Any Container