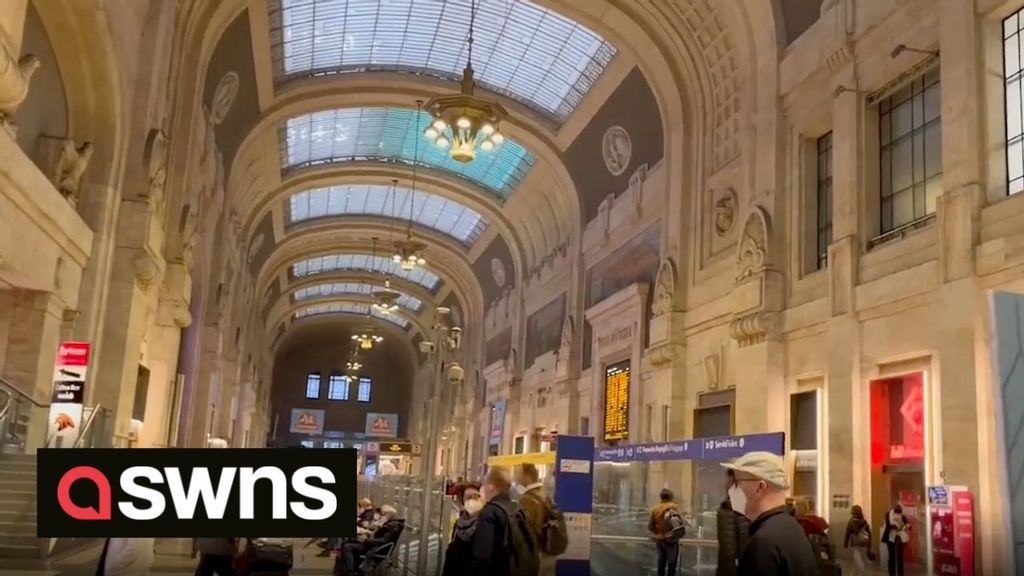 A man traveled over a thousand miles and ended up in ITALY after setting himself the task of seeing how far he could get solely on trains from London in 24 hours. (SWNS/Zenger)

A man traveled over a thousand miles and ended up in ITALY after setting himself the task of seeing how far he could get solely on trains from London in 24 hours.

Jo Kibble, 40, boarded an Eurostar train from London St Pancras at 7:01 am on Wednesday (30/3) and headed to Paris Gare du Nord.

He had challenged himself to see how far he could get traveling by train in a day – after doing a similar trip six months ago.

Incredibly, Jo managed to travel over a thousand miles across France, Germany and Switzerland before ending up in southwest Italy.

He arrived in beautiful Bova Marina, Calabria at 7:00 am the following day (31/3) with just 45 seconds to spare.

Jo, who lives in Charlton, southeast London, and heads the cabinet office for Ealing Council, said: “I’m delighted with how it all turned out.

“I love playing with timetables and spreadsheets and also wanted an excuse to travel as we came out of lockdown.

“I’ve always enjoyed traveling in Europe by train, it helps you see places you’d otherwise fly over, and see how the borders and cultures and landscapes slowly merge and change.

“I thought this was a great way to celebrate being able to travel quite freely again.”

This is Jo’s second 24-hour challenge after he set off on a mission six months ago to see how far he could get by bus from central London in 24 hours.

On that occasion, he ended up approximately 259 miles away in Morecambe, Lancs.

This time around, Jo’s plan was to find the furthest station he could get to in 24 hours from London St Pancras.

Armed with his passport that was stamped at the start of his long journey, he arrived in Paris Gare du Nord two and a half hours later at approximately 9:30 am.

He raced through the rain to Paris Gare de l’Est for an eastern high-speed line train to Strasbourg in northeast France where he boarded a regional train to Basel at 12:52 pm.

At 2:33 pm, he headed to Zürich Hbf and enjoyed truffle ravioli onboard before switching to a train to Milano Centrale where he joined the 7:25 pm train to Roma Termini.

He boarded the 11 pm sleeper train and headed to bed before waking up in Calabria, exiting at the last mainland stop, Villa San Giovanni, at approximately 5 am.

Jo set off for Reggio di Calabria Centrale and then finally boarded a train to Bova Marina, Calabria, arriving at 7 am UK time – a whopping 1964.6km from St Pancras in an incredible 23 hours, 59 minutes and 15 seconds.

Jo visited the local beach and climbed up to the Madonna del Mare to celebrate the end of his adventure before heading to Sicily for a few days after his long journey.