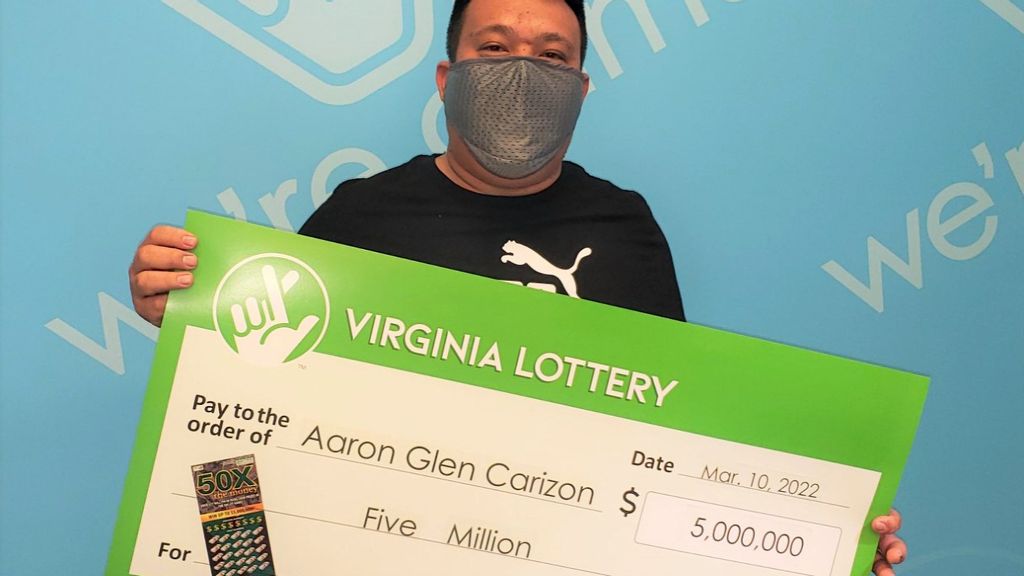 Aaron Glen Garizon won $5 million with lottery scratcher ticket when he stopped on his way home from work at New Market in Midlothian, in March 2022. (Virginia Lottery/Zenger).

A US lorry driver has phoned his mum to tell her “we’re rich” after sitting down in his vehicle with some scratch cards and scooping a whopping GBP 3.8 million.

Aaron Glen Carizon stopped to buy the Virginia Lottery tickets on his way home from work, and when he had finished scratching them all, he was suddenly USD 5 million richer than before.

The first thing he did was call his mother to tell her “we’re rich, Mom!”

The chances of Carizon winning the top prize were 1 in 1,795,200. Meanwhile, the shop he bought the winning ticket in was awarded a bonus of USD 10,000 from the Virginia Lottery.

Carizon said he has no immediate plans for the windfall, other than to take care of his family.

Virginia Lottery said in a statement on 30th March: “Aaron Glen Carizon was on his way home from work when he stopped at New Market, located at 3900 North Bailey Bridge Road in Midlothian.

“While he was there, the truck driver bought some Virginia Lottery tickets and went to his car to scratch them. By the time he finished scratching, he’d won USD 5 million.”

Carizon said: “I was very surprised! I called my mom and said ‘we’re rich, Mom!'”

The lottery company stated: “The Midlothian man won the third and final top prize in the 50X the Money game (game #2010), which means the game is now closed. It is the Virginia Lottery’s policy to end scratcher games after the last top prize has been claimed.

“He’s not the only winner. The store receives a USD 10,000 bonus from the Virginia Lottery for selling the winning ticket.

“Mr. Carizon said he has no immediate plans for his winnings except to take care of his family.

“Authorized by Virginia voters in a successful 1987 referendum, the Virginia Lottery generates more than $2 million per day for Virginia’s K-12 public schools.