Scent Back: 18th-Century Perfume Could Return As German Scientists Recreate Smells From The Past

The scientists believe that recreating these scents may provide new insights into social hierarchies and practices of the time. 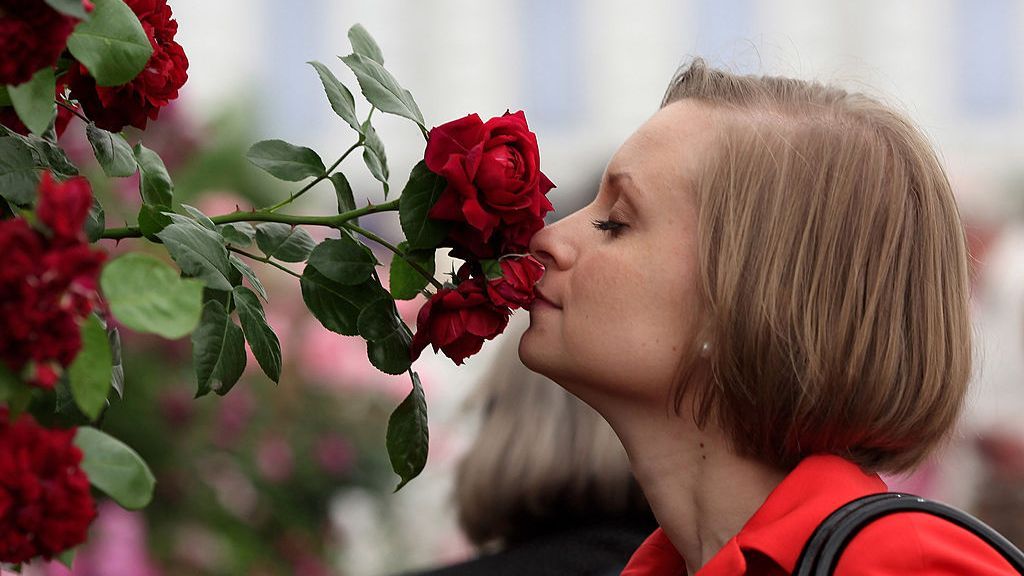 A woman smells a flower in the rose garden at the annual Chelsea flower show on May 25, 2010, in London, England. Researchers are trying to bring back smells from the days of old to uncover new insights about past societies. (Dan Kitwood/Getty Images)

JENA, Germany — Eighteenth-century French perfumes are long gone, but German scientists are now working hard to bring them back.

To bring scents from the distant past, researchers at the Max Planck Institute for the Science of Human History in Jena, Germany recently published a call to action in the journal Nature Human Behaviour.

“Producing scents from the past is no simple task, but the fact that history records expeditions of discovery, wars and long-distance trade routes to acquire materials with strong olfactory properties — like incense and spices — reveals how significant scent has been for humankind,” said lead author of the paper Barbara Huber.

Experts hope that old scents can provide a new understanding of history, enabling them to learn more about historical experiences, behaviors, and societies.

It’s not just scientists who care about long since evaporated perfumes — millions of fans of the bestselling novel “Perfume,” by German author Patrick Süskind, also long to learn more about the pong and stench of pre-revolutionary France that drives so much of the action in that novel set in the 1700s. The book tells, largely through references to smells, the story of an unloved orphan who is born with an exceptional sense of smell and becomes a perfume maker. However, his sense of smell leads to him becoming a killer.

In recreating long-forgotten odors, the German team aims to apply new biomolecular and omics methods such as proteomic and metabolomics techniques and link new data with information from ancient texts, visual depictions and other broader archeological records.

“Scent is a powerful and underappreciated aspect of human experience. Smells reach our brain fairly directly and motivate us in critical ways — whether to avoid danger, identify something that is good for us or remember something from our past, for example,” said Nicole Boivin, senior researcher and director of the Department of Archaeology at the Max Planck Institute Science of Human History.

“Using new methods and traces of scented substances preserved in archeological artifacts, we can recreate the powerful odors that were a cardinal feature of ancient realities and that shaped human action, thoughts, emotions and memories,” said Huber.

Odors and aromatic substances can provide information on many aspects of the ancient past, such as rituals, perfumery, hygiene, cuisine, trade and commerce, according to the researchers.

The scientists hope these odors will also provide insight into more general aspects of the past, from social hierarchy and practices to group identity.

The 1985 book “Perfume” has been translated into 49 languages, with more than 20 million copies sold worldwide to date. It is one of the best-selling German novels of the 20th century.

The title remained on bestseller lists for about nine years and received almost unanimously positive national and international critical acclaim.

«Previous Post
VIDEO: Heating Up: Scientists Race To Find Cause Of Alarming Polar Heatwave»Next Post
Owls About A Snack? 6-Million-Year-Old Owl Fossil Still Had Lunch In Its Stomach